What Happens to Jack, the Dog, In The Lake House? 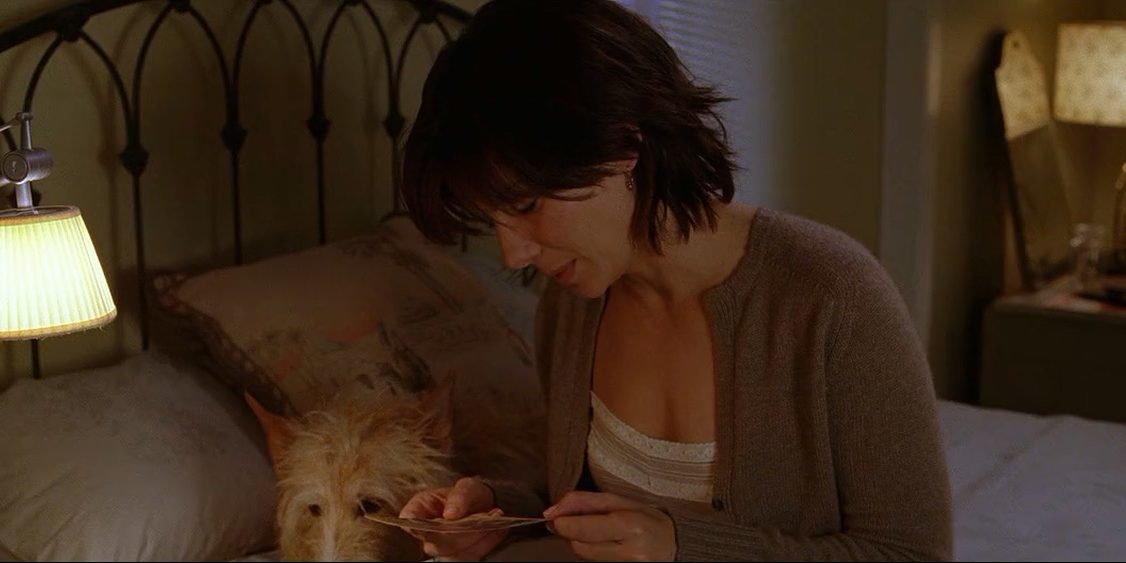 Famed Argentine director Alejandro Agresti (‘A Less Bad World,’ ‘Buenos Aires Vice Verse’) painted his time-bending 2006 romantic comedy ‘The Lake House’ with a melancholic yellow hue. The story follows Kate, a loner surgeon who makes a pen friendship with Alex, although they live two years apart. As they attempt to bridge their temporal distance, they fall for each other. However, memory may be playing a game with Kate since Alex’s destiny is possibly set in stone.

The skirmishes between past and future, and family and freedom, characterize the story. A-listers Sandra Bullock and Keanu Reeves play their parts with conviction and charm. However, following the credits roll, you may wonder about the whereabouts of Alex’s dog, Jack. Any guesses? Let us decode the mystery behind Jack’s disappearance. SPOILERS AHEAD.

What Happens to Jack, the Dog, In The End?

Jack, the dog, is the only non-human character in the movie, and as a bridge between 2004 and 2006, Jack acts as a near-perfect narrative device. Sandra Bullock thought of calling the canine Jack, after Keanu Reeves’ character in ‘Speed,’ the duo’s first movie together. In her first letter to Alex, Kate apologizes for the paw prints on the front door. Once, when Alex is busy painting the railings leading to the lake house, a stray dog steps on the paint and runs into the house. Kate tells Alex that she named the dog Jack, and Alex’s canine companion responds to the same name. Gradually, Alex comes to realize that they own the same dog.

After a chronologically crooked middle section, Alex and Kate stop talking. Kate realizes that Alex would never be in her life since he is dead in her present. After hearing that, Alex undertakes a renovation of the house. He finally gives the house’s keys to Morgan, the boyfriend of Kate. From Morgan, Kate receives the keys and moves into the house. By the time Kate moves into the house, Alex is seemingly out of her life. However, Kate possibly finds Jack in the house and decides to keep it. Then, Kate’s medical residency comes to an end, and she joins the hospital in Chicago, which is when the movie begins.

When Kate plans to head to Chicago, she simultaneously thinks of getting the house off her hands. However, she takes the dog with her, who is in the apartment in the early scene when she returns from her tiring shift at the hospital. In 2006, Jack is with Kate as she returns to the lake house. Thus, it is evident that Jack’s ownership changes around that time. In the movie’s final sequence, when Kate heads back to the lake house in search of closure, we cannot see the dog. However, the suggestion is that the dog lives with Kate (and Alex) in the eternal sunshine of the lake house.