What Is Caerul in Night Sky, Explained 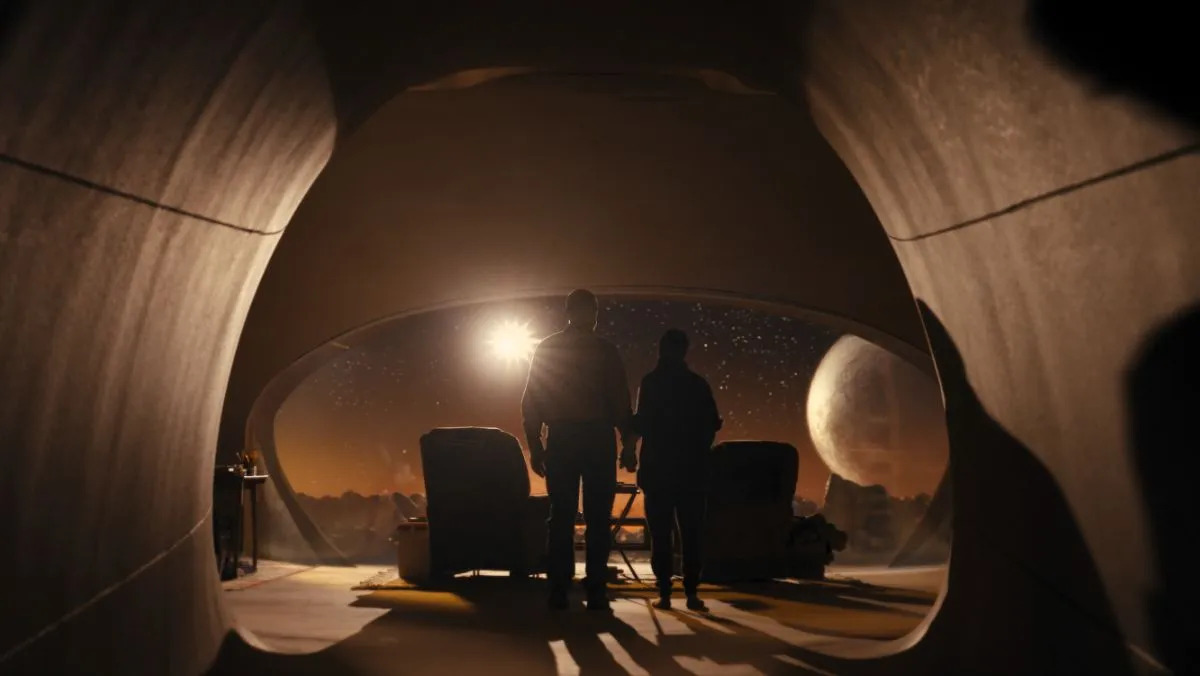 Although Amazon Prime Video’s ‘Night Sky’ is predominantly a science fiction and romance drama series, it has ample elements of mystery in it. The story revolves around Franklin and Irene York (J. K. Simmons and Sissy Spacek), an elderly couple who have successfully hidden a great secret from their neighbors and family. There is a chamber underneath their property. They are transported to a room on an alien planet whenever they step inside it. When Irene finds a mysterious young man in the room, their lives forever change. Throughout its first season, ‘Night Sky’ introduces a number of mysteries, many of which involves the dangerous cult that is hunting the couple’s guest. In the season 1 finale, Cornelius (Piotr Adamczyk), one of the guardians of the cult, speaks about a location called Caerul. Here is everything you need to know about it. SPOILERS AHEAD.

The first season doesn’t offer much information about the cult, but what it gives away is enough to keep us interested. There are multiple chambers like the one underneath Franklin and Irene’s property. No one knows who were their builders, but it appears that the cult is now in control of them. The name of Franklin and Irene’s guest is Jude. He claims that he grew up under the strict supervision of the cult and didn’t know much about the outside world. This becomes apparent when he is revealed to be absolutely clueless about modern technology and societal norms.

Before Jude, his father fled from the cult and was named an apostate. Jude left the cult to look for his father. On the other hand, his mother is apparently a high-ranking member of the cult. She is the one who has sent the guardians to find Jude and eliminate him. The guardians are effectively the enforcers of the cult. As a conversation between Jude and Stella implies, the guardians aren’t privy to the inner secrets of the cult, despite the sacrifices they make.

In the entire first season, Caerul is mentioned only once. It’s apparently a location, likely the headquarters of the cult. Cornelius mentions Caerul while speaking to Toni about her father, Caleb. Toni has never met her father; her mother, Stella, has never mentioned him. From other members, Toni comes to know that he is alive and part of the cult. Cornelius implies that Caleb is now at Caerul.

In the film’s final sequence, Franklin and Irene discover that the alien planet has breathable air. However, what stuns them more is the sight of a human city in the shadows of two colossal alien structures. They also hear the tolls of a bell. It’s possible that this city is the Caerul Cornelius is speaking about. There are other similar structures across the landscape, implying that there are multiple cities. If that is indeed the case, these cities must have other names. Or perhaps, Caerul is the name of the planet itself. The cult found the chambers hundreds of years earlier. It’s not too preposterous to presume that they have since built a civilization on the habitable planet.

Read More: Is Byron Dead or Alive in Night Sky?