What is the Meaning of Phantom Thread Title?

‘Phantom Thread’ is a period romance drama that follows the remarkable relationship between eccentric dressmaker Reynolds Woodcock (Daniel Day-Lewis) and his unlikely muse, Alma. The story is intricately layered, combining themes of artistic freedom, love, and power into the central romance and Woodcock’s obsession with his craft. The film’s fittingly enigmatic title is briefly referred to but seems to hold a deeper significance to the narrative’s subtleties. So what does the title of ‘Phantom Thread’ signify? Let’s find out. SPOILERS AHEAD.

What is the Meaning of Phantom Thread Title?

The title of ‘Phantom Thread’ seems to have multiple connotations that emerge as each narrative layer is examined. The title is mentioned in the film by Reynolds when he refers to his practice of sewing an object of significance into his garments. He continues, describing how his jacket has a strand of his mother’s hair sewn over his breast so that she remains close to him at all times. It is significant that Reynolds says this to Alma on their first meeting because the enigmatic bond that subsequently blossoms between them can very well be described as a “phantom thread.” 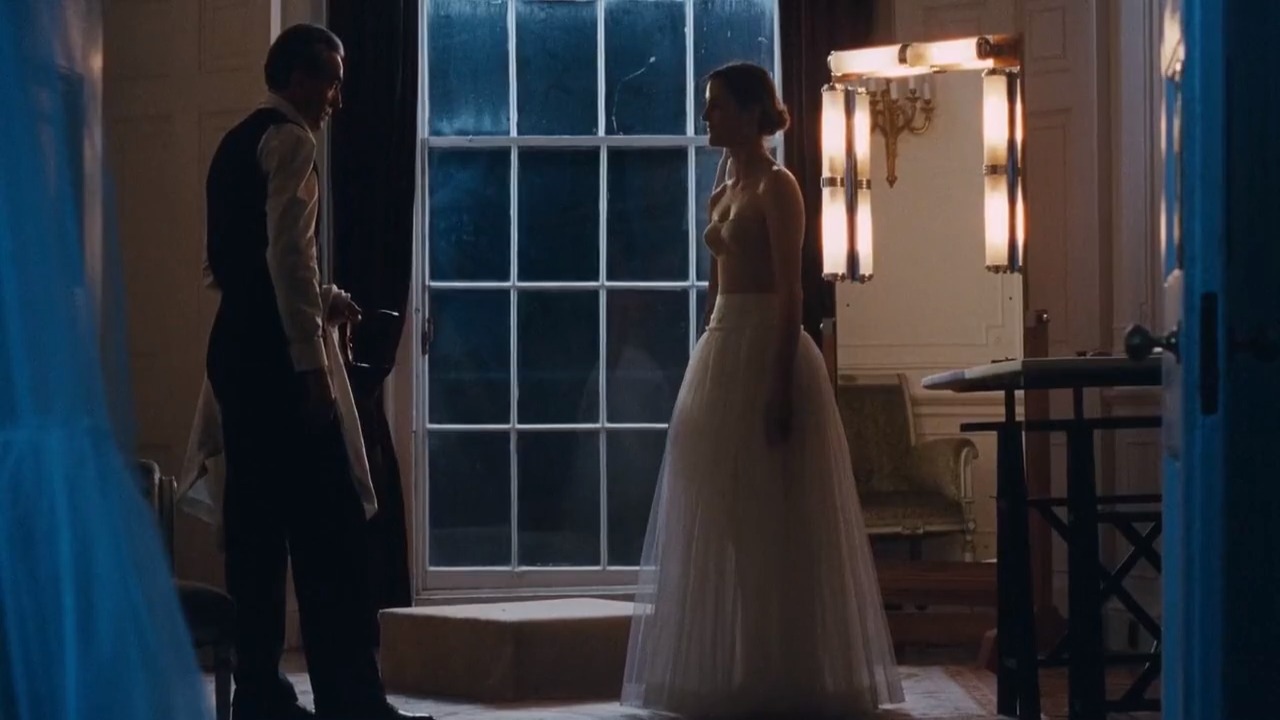 However, it is prudent to first note that the phrase “phantom thread” originally refers to the phenomenon of Victorian-era seamstresses continuing to move their hands involuntarily in the same repetitive motions, even after a long day of sewing, plying “phantom” threads. This is quite different from the artistic (and possibly superstitious) roots of Reynolds’ use of the titular phrase but has a similar quality that points to the unseen. A lot is unseen in Paul Thomas Anderson’s film, but its presence is unquestionably felt.

For all of the central dressmaker’s selfish qualities, his effervescent artistic talent is everpresent and possibly (though not always) justifies his behavior. Her own brand of chaos that Alma fuses into Reynolds’ life, which often grates against his delicately curated surroundings and sensibilities, is another invisible “thread” that is palpably felt. The fact that Alma’s origins are never revealed or even discussed also adds to her character being the “phantom thread” in Reynolds’ existence.

The true “phantom” of the story seems to lie in the extraordinary equilibrium that Reynolds and Alma’s relationship reaches at the end. A husband willingly being poisoned by his wife and muse — all in the interest of nurturing their connection — is a truly mysterious dynamic.

Lastly, the “phantom thread” that the artistic dressmaker adds to the princess’ wedding dress is a slender tag with the words “never cursed” embroidered on it. In a rare insight about his past, Reynolds reveals sewing a wedding dress for his mother as a teenager and the various superstitions people had about those that make wedding dresses. He also softly adds that his sister, who helped him with making the garment, never got married. Thus, the protagonist carries some superstitions with him, which take the physical form of the “phantom threads” he adds to his creations.

Read More: Was Reynolds Woodcock a Real Designer? Was Alma a Real Person? Where is She From?