What is the Meaning of Purple Hearts Title? 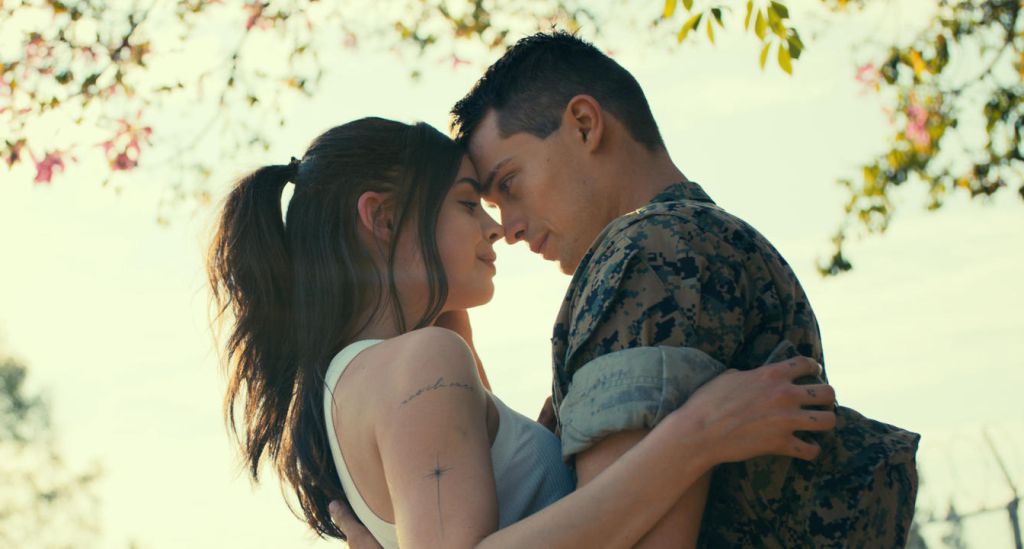 Netflix’s ‘Purple Hearts’ is a romance drama that follows the story of an aspiring singer who marries a soon-to-be deployed Marine. They enter a marriage of convenience which can resolve both of their problems. However, as they start to get to know each other, they realize that underneath their differences, they are both very caring and loving people. This leads them to see their relationship in a new light.

The title of any film should aptly reflect its themes. ‘Purple Hearts’ very smartly conveys its message to the audience by using words that cover all aspects of its story. If you are wondering how the title connects with the film and what it actually means, we’ve got you covered. SPOILERS AHEAD

What Does Purple Hearts Mean?

The Purple Heart is a military decoration that is awarded to the soldiers who are wounded or killed at the time of their service. It is the oldest award that is given to the ones serving in the United States military. The Netflix film has a Marine as one of its protagonists, and its title is supposed to reflect his military background. But there is much more to it than that.

‘Purple Hearts’ is the story of two people from very different backgrounds, who come together despite their diverging ideologies. It is a union of thoughts and feelings and life, which is what happens for Cassie and Luke. Cassie comes from a family of immigrants. She is a liberal who believes in questioning authority instead of following it blindly. She has Black Lives Matter and LGBTQ flags hanging on her balcony. She doesn’t hesitate to speak out against misogyny or when one of Luke’s friends makes a racist remark. She’s a blue through and through.

Luke, on the other hand, has a bit more conservative-leaning. His father served in the army, which is what leads him to enlist as well, believing this would make his father proud of him. He believes in god and marriage, and even though he has to marry Cassie out of desperation, he is not warmed to the idea of divorce. While Cassie is a cynic when it comes to love, Luke believes that love should be the only reason for people to get married. While he might not be on the extreme end of the conservative spectrum, he is more the shade of red than blue.

Actress Sofia Carson recognized this difference between the characters and deduced that the purple in the title might have something to do with the mixing of red and blue. “When I first read the title, I asked Liz if Purple Hearts meant it was the blending of a red and a blue heart, and she giggled and she said, ‘I hadn’t thought of it that way, but that’s exactly what our story is’,” she explained. With the difference in political ideologies dividing the country on every topic and turn, Carson found the message of the film resonating with the current times even more than when the story originally came out in 2017. “We live in a country that’s so incredibly divided right now, red versus blue. This story is about choosing not to see color and choosing love, above all things, and how a red heart and a blue heart can come together and choose love. That can change the world in the most beautiful way,” she said.

Thematically the title does much more than just represent the love of Cassie and Luke. It is overall about leaving behind differences and bringing people together. It also resonates in the scene where we see Luke’s Purple Heart displayed next to the one that his father had received for his military service. At the beginning of the film, they had their differences, especially with Luke’s drug problem and the expensive car that he stole. By the end, however, they succeed in resolving their differences and reuniting as a happy family.

Read More: Does Sofia Carson Sing in Real Life? Is The Loyal A Real Band?