What is the Meaning of the Station Eleven Title?

‘Station Eleven’ follows a nomadic troupe of actors known as the Travelling Symphony in a post-apocalyptic world. Living in the aftermath of a deadly pandemic, the survivors and post-pandemic children attempt to rebuild society in fragmented groups, giving rise to an intriguing new world.

Throughout the non-linear narrative, a few consistent threads run through the story, exploring the long-term ramifications of specific ideas and philosophies. Perhaps most enigmatic of these is the titular graphic novel that the protagonists regularly quote, sometimes even as gospel. So what does the title of ‘Station Eleven’ actually mean? Allow us to elucidate. SPOILERS AHEAD.

What Does Station Eleven Title Mean?

‘Station Eleven’ follows a layered, non-linear narrative that jumps between the onset and immediate aftermath of the pandemic and the world twenty years hence. As a child, Kirsten is given a graphic novel titled ‘Station Eleven’ by the actor Arthur Leander shortly before his death. The novel is created by Miranda Carrol, who is the actor’s ex-wife and spent years working on the story. When she finally finishes it, she publishes five copies of it, though we get to see only two. 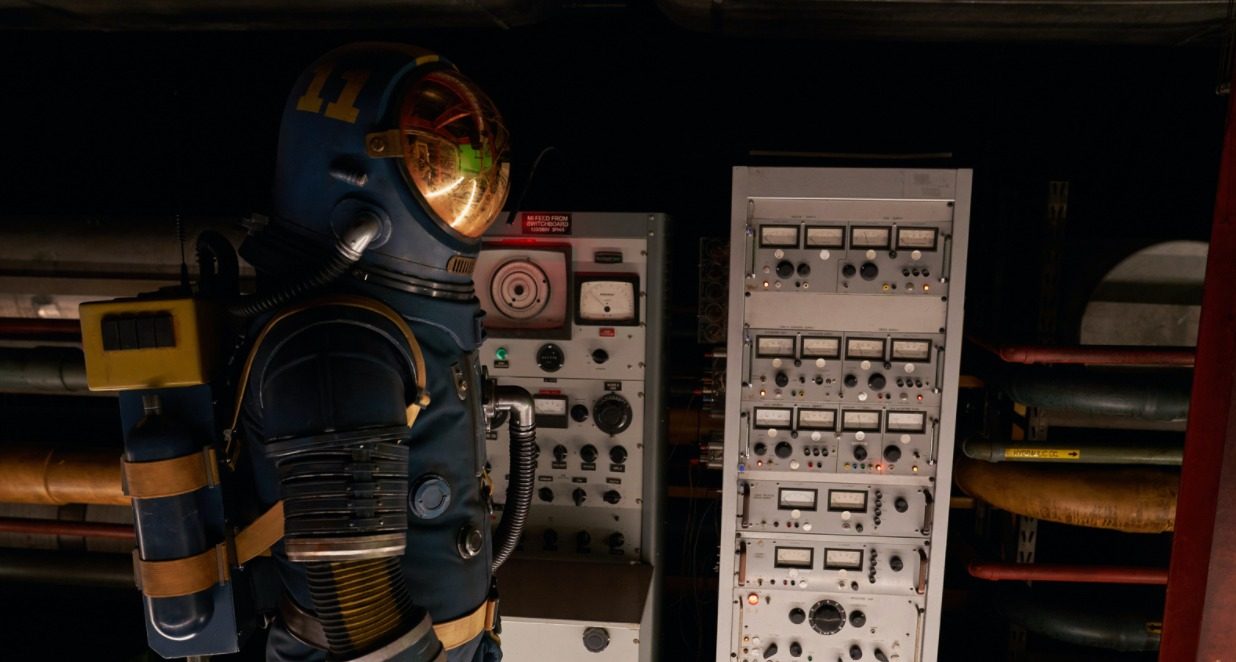 The graphic novel’s story is never completely revealed but only presented in random excerpts. However, by the end, it is possible to piece together that the narrative follows at least two, possibly more, individuals (one of them being Dr. Eleven) who get lost in space after escaping through a wormhole. Finding themselves adrift in a strange galaxy before eventually making their way back home is seemingly the arc of the graphic novel’s narrative, which becomes clear in the season finale. “Station Eleven,” as it turns out, is the space station that the protagonists of Miranda Carroll’s book travel in.

Space travel is a far cry from the technologically primitive society that emerges after the pandemic. However, throughout the show’s narrative, the graphic novel’s story shows up at pivotal moments, making it clear that the ‘Station Eleven’ graphic novel is a symbolic parallel to the show’s story. Thus, much like the characters lost in space, the show’s protagonists (most notably Kirsten and Tyler) find themselves in a strange world after surviving the pandemic. However, they eventually find their place in the new world, creating a new “home” for themselves.

Thus, the graphic novel, which the two protagonists incessantly read (and know by heart), essentially follows the same story arc as their own lives. In a wider sense, the story of the graphic novel seems to symbolize the experience of all of humanity that has lived through the apocalyptic pandemic and is now re-emerging as a new society after going through a long period of being “adrift.”

It is also interesting to note that Kirsten and The Prophet (Tyler) are the only two characters that experience the pandemic as children, which makes them intermediaries between the “old” generation and the “post-pans” (those born after the pandemic). Kirsten and Tyler are also the only ones that have read the graphic novel at the beginning of the show, but by the end, both of them are seen sharing the story with others. Thus, the philosophies embedded in Miranda Carroll’s graphic novel spread through the new world, making the role of the book all the more pivotal.

Thus, ‘Station Eleven’ gets its title from within the narrative itself and slowly unveils just how important the titular graphic novel is. The fact that “Station Eleven” is a space station also holds some parallels to Earth, which also floats through space, and (as is the case with humanity after the pandemic) carries a population of adventurers trying to find their home.