What is the Mnemosyne in The Matrix Resurrections? What is Its Meaning? 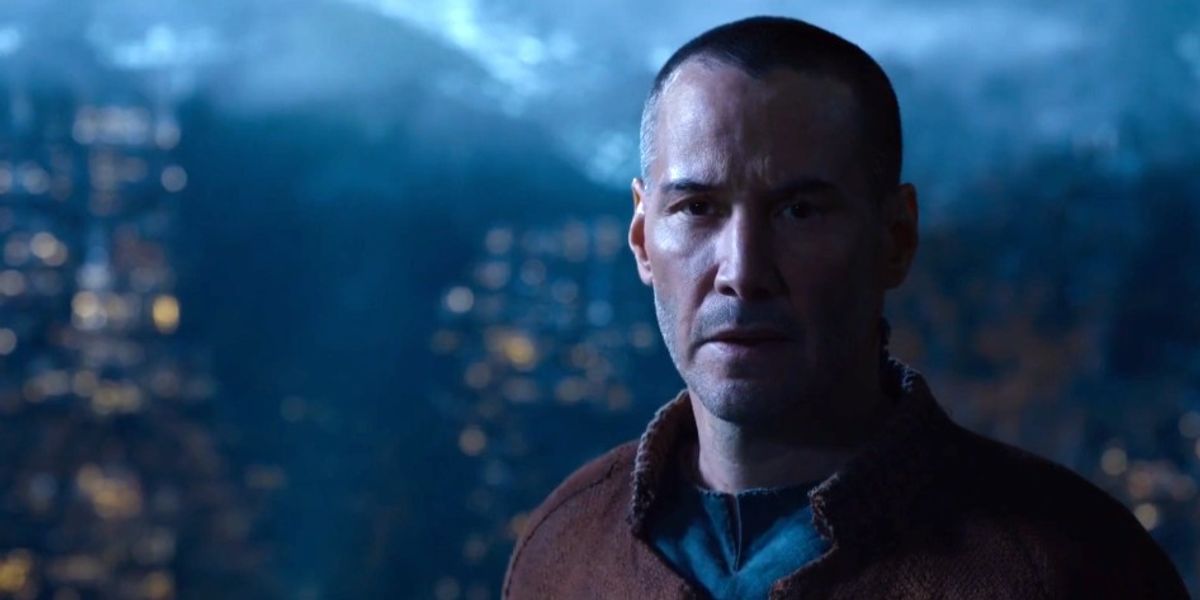 ‘The Matrix‘ film franchise is set in a complicated world with life spliced between a digital simulation and reality. Moreover, a thematic conflict of free will vs. determinism drives the narrative. Thus, various elements of the franchise have a deeper, more philosophical meaning and serve as a metaphor or reflection of the themes.

As viewers dive into the world of ‘The Matrix’ again in director Lana Wachowski’s ‘The Matrix Resurrections,’ they will see many differences and updates to their beloved world. Among the numerous changes and additions is the Mnemosyne. However, the name is rarely spoken on-screen and might make viewers confused about what it refers to literally and metaphorically. Allow us to clear your confusion by sharing everything we know about the Mnemosyne in ‘The Matrix Resurrections.’

What is the Mnemosyne in The Matrix Resurrections?

In ‘The Matrix Resurrections,’ Bugs finds Neo (Keanu Reeves) within the Matrix, and her crew is able to extract his physical body with help from Synthients and a program modeled after Morpheus. After escaping, Neo is taken onboard the crew’s ship. Such ships are no surprise for the franchise’s fans as these hovercrafts are a standard mode of transportation in the world. The ship that Bugs captains is named the Mnemosyne.

In the previous installments, Neo is primarily a part of the Morpheus-led hovercraft known as the Nebuchadnezzar. At a certain point, Niobe entrusts her ship Logos to Neo as well. The Mnemosyne is just the next hovercraft in line to aid Neo’s quest in the world. In comparison to its predecessors, the Mnemosyne is much more advanced and has previously unseen tech such as the Paramagnetic Oscillation, which allows programs to take on a humanoid form.

What Does Mnemosyne Mean?

Nebuchadnezzar plays a crucial role in the original trilogy. Its name is a reference to King Nebuchadnezzar II. It is a symbolic representation of Neo’s dreams about the Matrix and his quest for answers. Similarly, as the de facto replacement of the Nebuchadnezzar, Mnemosyne must also have some significance to the plot and characters. The name is a reference to the Greek Goddess of the same name. In Greek mythology, Mnemosyne is the Goddess of memory or remembrance.

In the movie, much of Neo’s arc revolves around remembering his time outside the Matrix and his relationship with Trinity. Therefore, like the Nebuchadnezzar, the Mnemosyne can also be seen as a symbolic representation of Neo’s journey. Moreover, unlike other Greek deities or Titans, Mnemosyne wasn’t widely worshipped in Ancient Greece. However, a dedicated cult of followers worshipped the Goddess. Similarly, in the film’s universe, Neo holds a godly reputation, and the crew of Mnemosyne comprises stern believers of his status as the Chosen One. They are also ardent followers of Neo and aid him in his search for Trinity.

Read More: What Are the Synthients in The Matrix Resurrections?