What is Tiger King’s Net Worth? 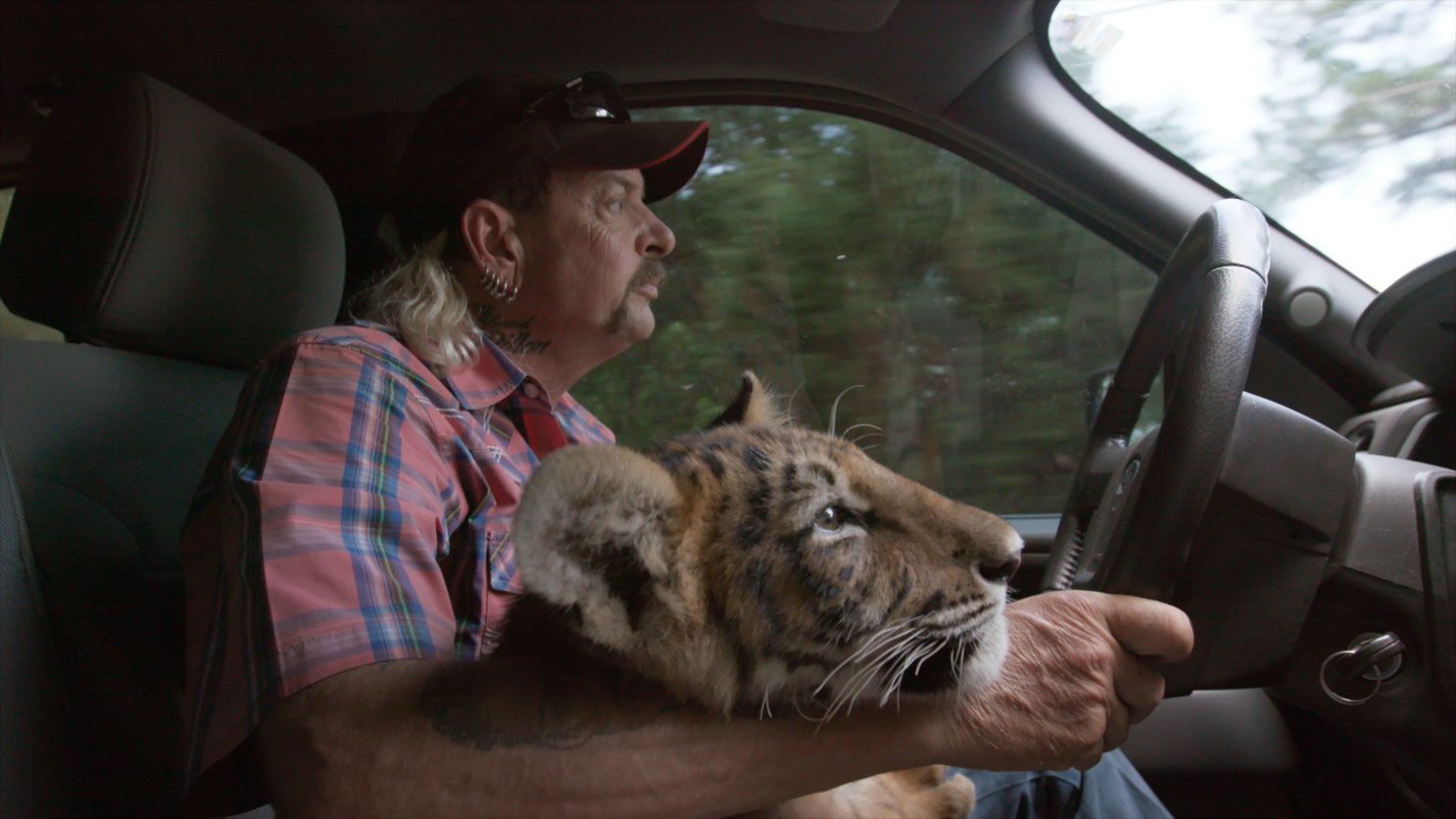 Joseph Maldonado-Passage (né Schreibvogel), better known to the world as Joe Exotic or “The Tiger King,” is undoubtedly one of the most eccentric zookeepers and media personalities. The fact that he has been convicted of 17 charges of animal abuse and two counts of attempted murder-for-hire, as explored on Netflix’s ‘Tiger King,’ only reiterates that. Yet, it has been his seemingly perpetual quest for fame and attention, along with his entrepreneurial decisions, that have baffled us the most. So now, let’s find out the details of his career trajectory and net worth, shall we?

How Did The Tiger King Earn His Money?

Although Joe Exotic was born in Garden City, Kansas, he essentially grew up in Texas, where he joined the Eastvale Police Department after graduating high school. It reportedly didn’t take long for Joe to become chief, yet everything changed once he was outed to his parents, and his father asked him not to come to his funeral. After all, that’s when he crashed his police vehicle into a bridge, broke several bones, and moved to Florida for therapy. During that period, Joe worked at a pet store and had a friend that would let him handle exotic animals, leading him to find his true calling.

Thus, after he inherited around $250,000 upon his grandfather’s passing and received another $140,000 from a lawsuit against a trucking company that accidentally led to his brother’s death in 1997, Joe established the G.W. Zoo. The wildlife garden was initially named after the brother he had lost before being rebranded into the Greater Wynnewood Exotic Animal Park. Apart from the gift shop at the property, Joe’s profits came from the $15/person zoo entry fee, $175/person behind-the-scenes tours, and $50-$80/person for playtime with cubs and other baby animals.

As if all this wasn’t enough, he traveled with the animals to public places to promote the zoo and big cat playtime, which substantially increased his income. Breeding and selling cubs for a minimum of $2,000 was also a massive part of Joe’s ventures, but that’s what sparked his bitter feud with animal rights activist Carole Baskin in 2006. Hence, it’s no surprise that some of the content in his two country music albums (based around his life) and in the online talk show he hosted, Joe Exotic TV, focused on her. But their dispute twisted into something dark soon after.

A trademark and copyright conflict led to legal battles, and the court eventually ordered Joe to pay $1 million to Carole after dismissing his counterclaims. Not wanting her to take control of his life’s work, he transferred or destroyed his assets and practically handed over the zoo to felon and businessman Jeff Lowe. However, by June 2018, after his political campaign for both the President of the US and Governor of Oklahoma ended, the then-Entertainment Director left the G.W. Zoo for good. Three months later, Joe was arrested.

What is The Tiger King’s Net Worth?

The Tiger King owned a myriad of vehicles, firearms, trailers, etc., on his Oklahoma zoo property at one point in time. But when his legal troubles began, he lost everything due to either his own actions or court orders. His reputation, social media presence, and appearances on productions such as the Netflix series on his life and ‘Shooting Joe Exotic’ (2021) are his only probable saving grace. Despite that, Joe Exotic’s, aka The Tiger King’s, estimated net worth is -$1 million.