What Is Twin Flames In Fishbowl Wives? Is It Real?

Created by Miyako Koshikawa, Tomomi Matoba, and Fumi Tsubota, the Japanese original infidelity-themed romance drama series ’Fishbowl Wives’ revolves around the idea that you meet your better half eventually. However, the circumstances may not always be in your favor. The story borrows from the manga of the same name by Ryo Kurosawa. Sakura, Hisako, Yuka, Yuriha, Noriko, and Saya are middle aged women living in the same apartment. Although apparently in happy marriages, they all feel the pangs of forbidden romance in one way or another. The idea of twin flames governs the story, while the goldfish metaphor binds the tale together. You may wonder whether the concept of twin flames is genuine or not. If that is the case, let us quench your curiosity. SPOILERS AHEAD.

What Is Twin Flames? Is it Real?

The unlikely relationship between working wife Sakura and young adult fish geek Haruto forms the story’s core. On the other hand, we see Sakura and Takuya drifting apart. Considering Takuya’s violent streak, the divorce favors Sakura. As the story revisits the past, we know that Haruto was present in the spot of Sakura’s accident. Construction workers accidentally shattered a sheet of glass, and the pieces fell on the people on the street. Brave and kind, Sakura saved a girl from the shattering glass pieces. The girl, we come to know is Ran, Haruko’s sister. As this incident defines Sakura’s life, Haruko is perhaps fated to shelter Sakura in the time of need. 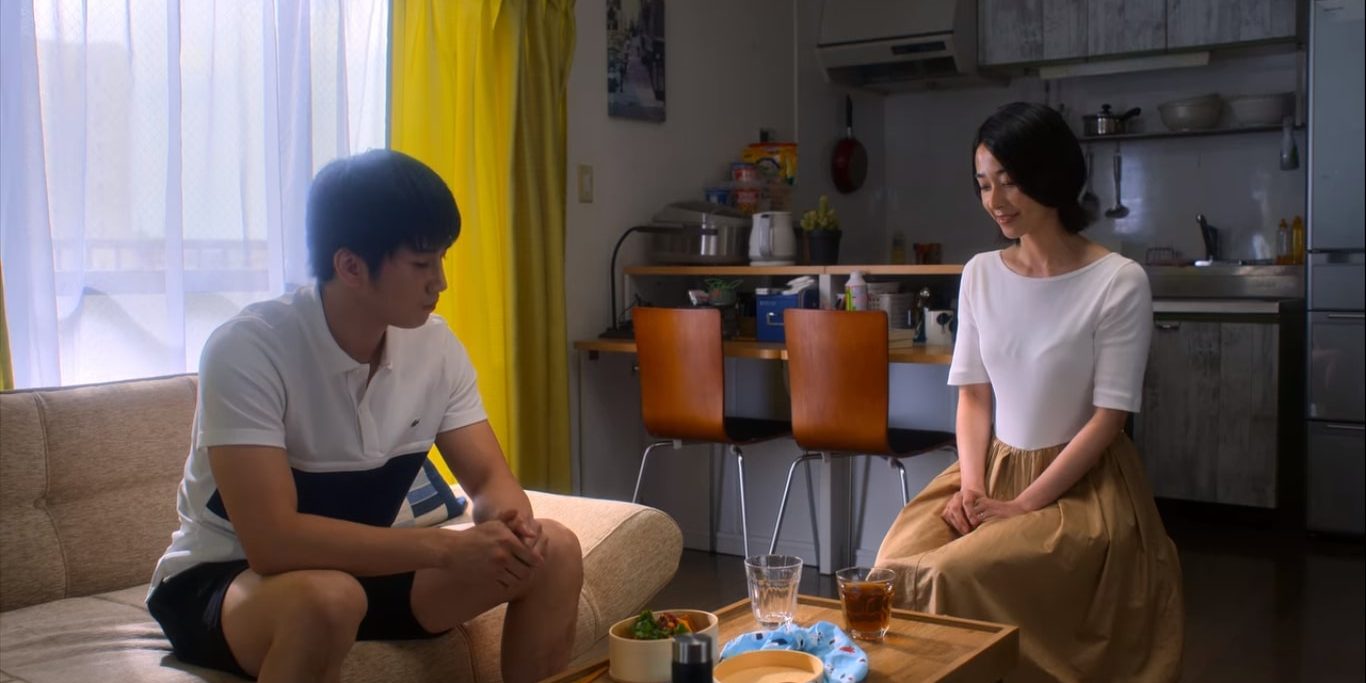 The series proposes that they are twin flames – and the concept is further explored in other story arcs. Yuriha meets a builder with the same scar as hers, and they embark upon a liaison. Saya Sanada’s husband manages to slow down his pace. On the other hand, Hisako’s husband Taguchi works to present a fresh version of himself in front of his wife. Hisako and Saya both find their twin flames in their present partners. Towards the end of the first season, feng shui expert Mei illustrates the concept of twin flames further. She remains the tying element of the story, almost a divine presence. The idea is that there is a soulmate for everyone.

Also called “mirror soul,” the idea stems from a belief that sometimes one soul splits into two bodies. These two persons fall into place when they come across one another. You feel an instant longing and recognition when you meet them in the course of life. The bond is intense and spiritual – and the effect is both healing and demanding. They feel at home – the idea reiterated in Sakura and Hisako’s love stories. You also share similar values, judgments, and outlooks towards the world. In many ways, twin flames complement each other, much like the yin and yang symbol in eastern cosmology.

When you are near them, you feel like an instant urge to connect with them, and when they are far, you feel a magnetic pull. Even when Sakura and Haruko drift apart in the end, the final episode sees Sakura receiving signals that remind him of Haruto. She goes to the same beach where Haruto took her to enjoy the fireworks. However, it is also necessary to realize that you do not need a twin flame to complete you, and you make your own meaning. In the end, then, Sakura takes the independent exit, relying on neither Haruko nor Takuya.