What’s Champére in Emily in Paris? How are Emily, Camille, and Savoir Related to It? 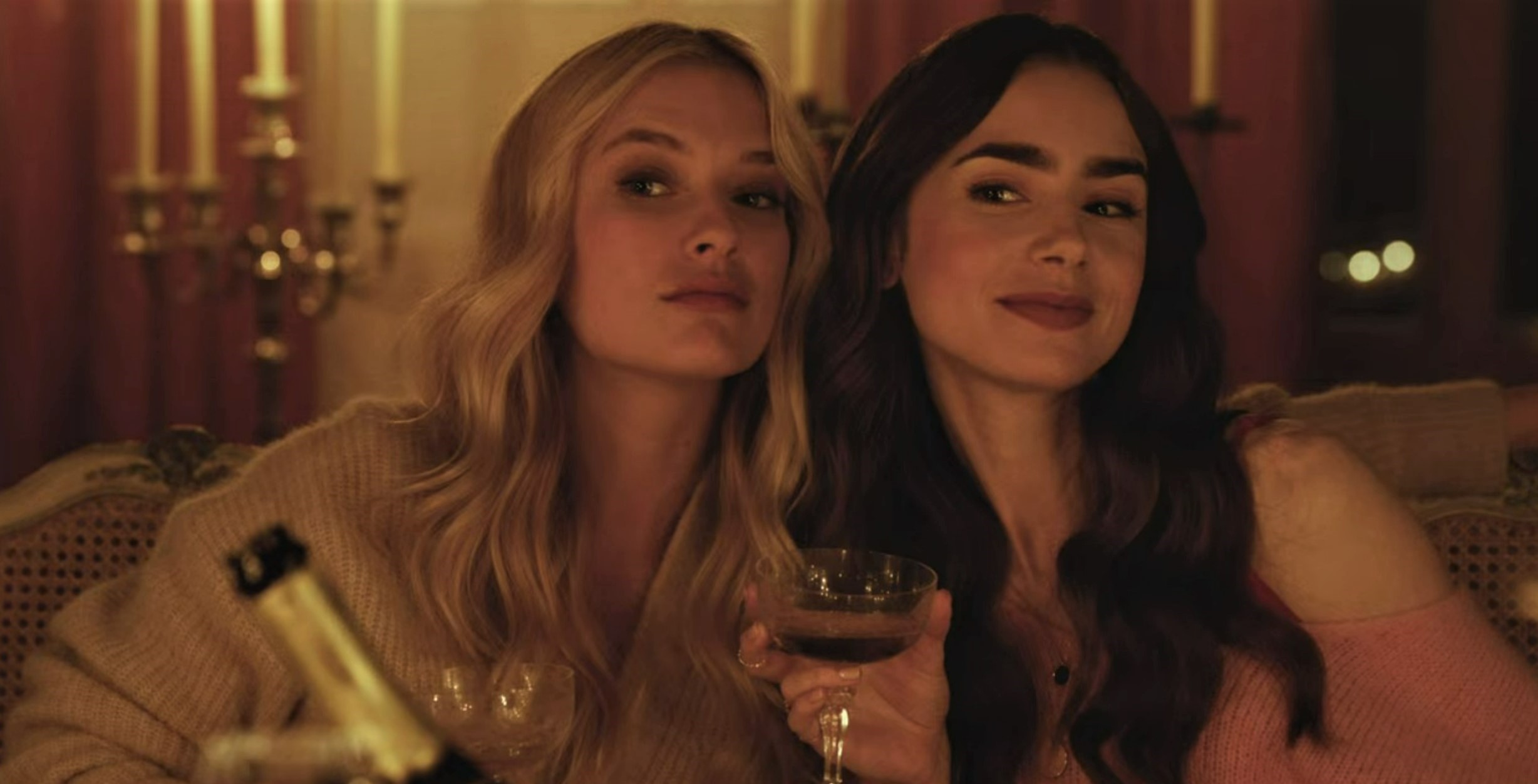 Chronicling the misadventures of Emily Cooper’s humorous and glamorous life in Paris, Darren Star’s ‘Emily in Paris’ dives into the chaos brought about when an American marketing executive is sent to work at a French company. The Netflix comedy deeply combs through Emily’s romantic encounters as well as workplace drama — often, the two intersect.

Some of the most entertaining parts of the show are when Emily deals with diverse clients in the French capital. With a range of fascinating and sometimes wacky brands — from Chopard to Vaga-Jeune — Emily finds her hands full at all times as she clicks pictures, creates marketing plans, and placates clients. Champére is one such label that becomes extremely important to the plot. So, if you were looking for information about Champére and how it’s connected to Emily, Camille, and Savoir, you’ve come to the right place. SPOILERS AHEAD.

What’s Champére in Emily in Paris? How are Emily, Camille, and Savoir Related to It?

In episode 8 of season 1, Camille hesitatingly approaches Emily to talk about something. Although Emily is fearful that the topic is about Gabriel, we find out that Camille actually wants to use Savoir’s services for her family’s champagne house, which has been passed down to her parents through her mother’s family. 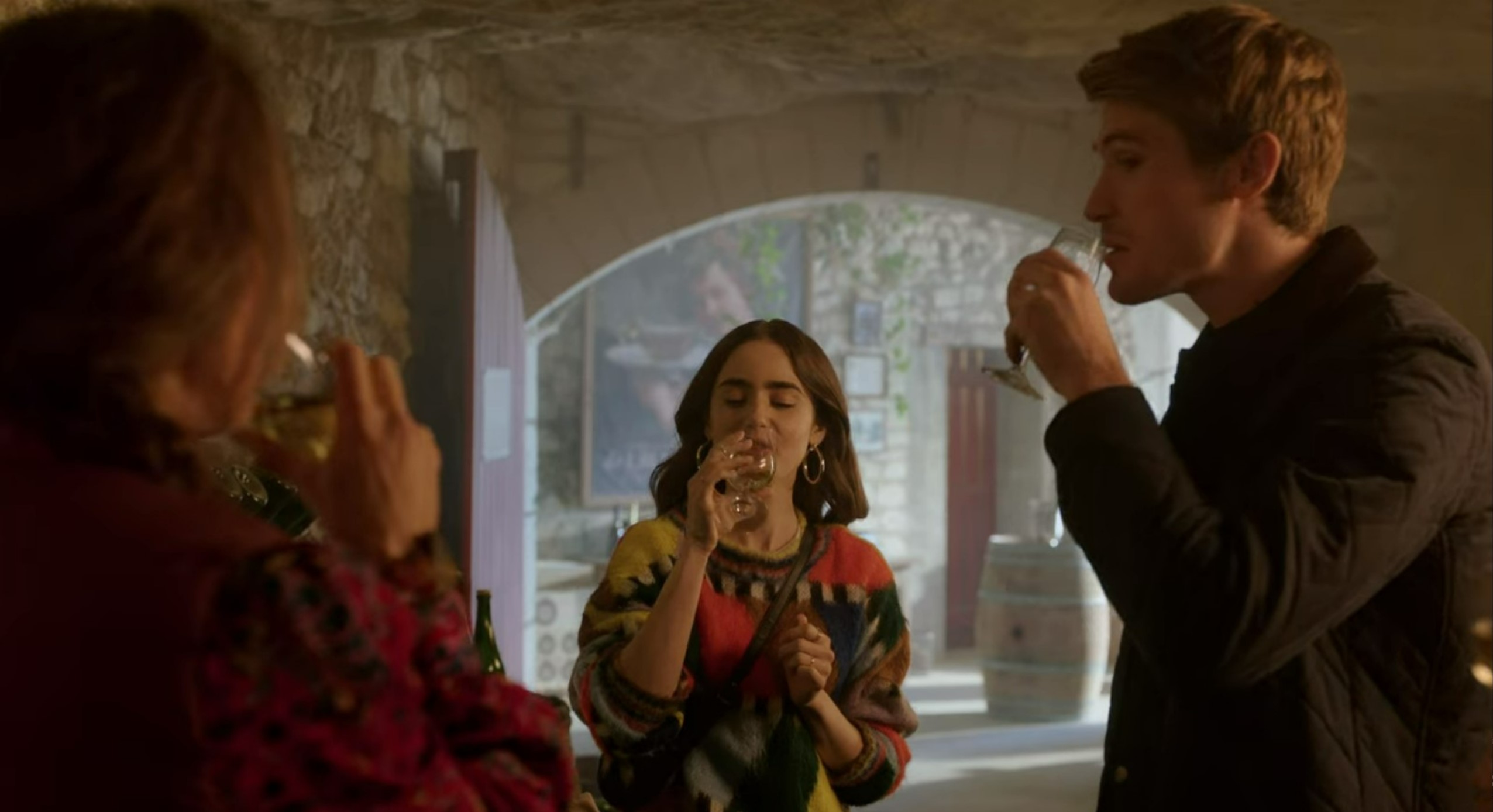 However, Camille is worried about whether they’re too small a client for the fancy French agency. Emily brushes away her concerns and pitches the idea to Sylvie and the others; she then decides to visit Camille’s château in Champagne to try out the product herself. There, she meets Camille’s sweet but eccentric father, Gérard, who calls himself “le champére” or “the champagne father.”

Afterward, Emily goes for a tour of the family’s vineyard, Le Domaine de Lalisse. There she meets Camille’s brother, Timothée. The two later have sex because Emily is unaware that Timothée is a minor; she mistakenly assumes that he is the older brother. However, Camille and her family simply laugh at her mistake. 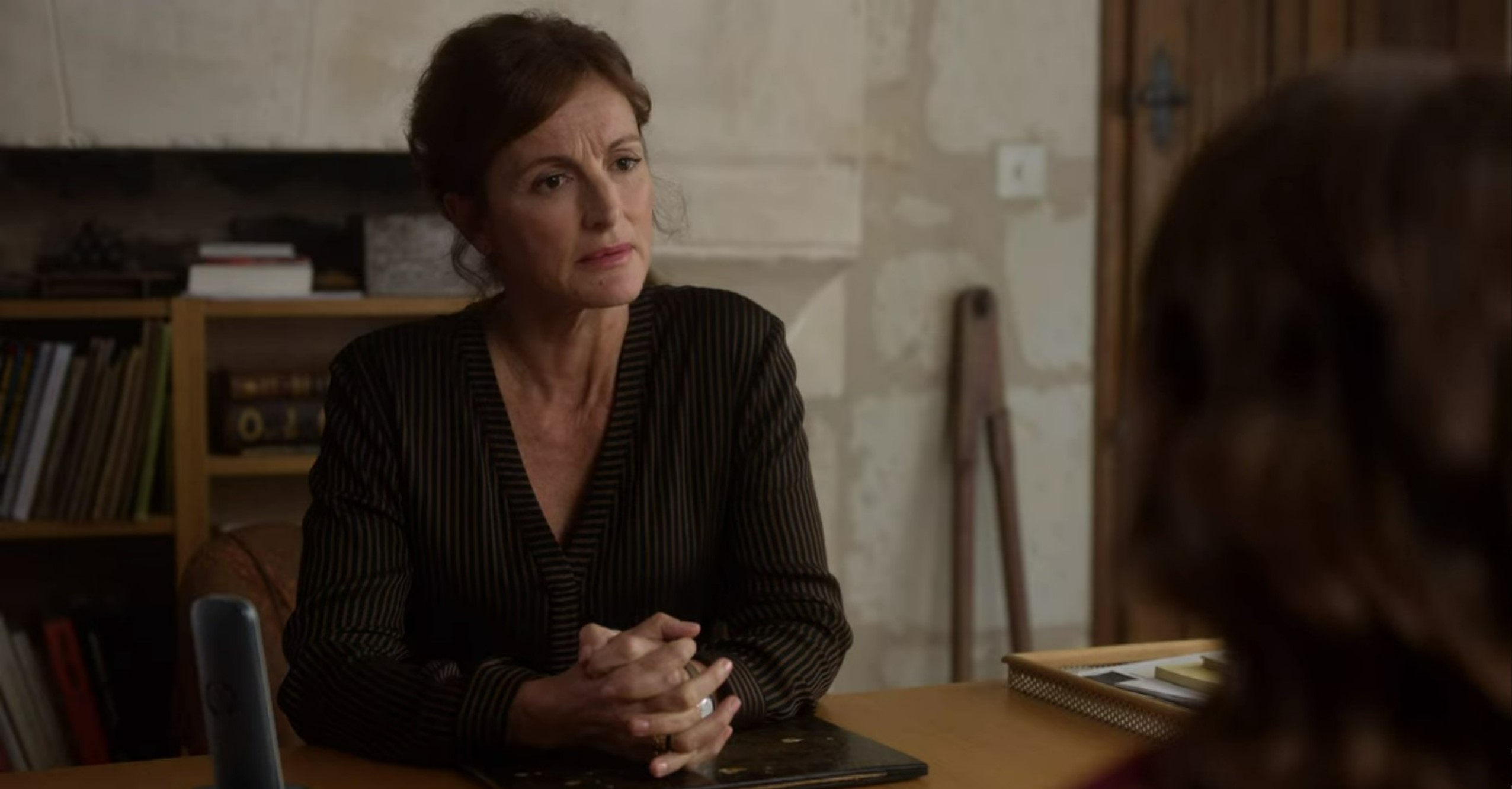 Then, Louise tells Emily about all the surplus champagne they have — they will either have to sell it or pour it down the drain. Emily suggests that they create a second label and start selling the champagne as the “official spray of Paris.” This way, Louise doesn’t have to worry about their family’s legacy whilst raking in profits. Emily even suggests the name “Champére” for the label, as a reference to Gérard.

We realize that Emily got the spray idea when she saw Mindy’s friends wasting bottles of champagne during a bachelorette party. She also remembers what Timothée told her about each bottle costing the same whether the buyer drinks it or not. Clearly, Emily has great observational skills and is good at her job. Thus, Louise and Camille end up hiring Savoir, and consequently Emily, to work on their family’s champagne spray, Champére.

What Happens to Gérard at his Château in Champagne in Season 2?

In season 2, we see Savoir pushing Champére out into the market. Emily tries her best to put the word out that Champére is the ideal champagne for spraying. When she visits St. Tropez, she ends up going to a club named Laurent G. that Savoir has exclusively provided an early batch of Champére to. However, she is disappointed when they do not have Champére on the menu and creates a scene. Afterward, she even gives the waiters a tutorial on how the spray the bottle, much to everyone’s amusement. 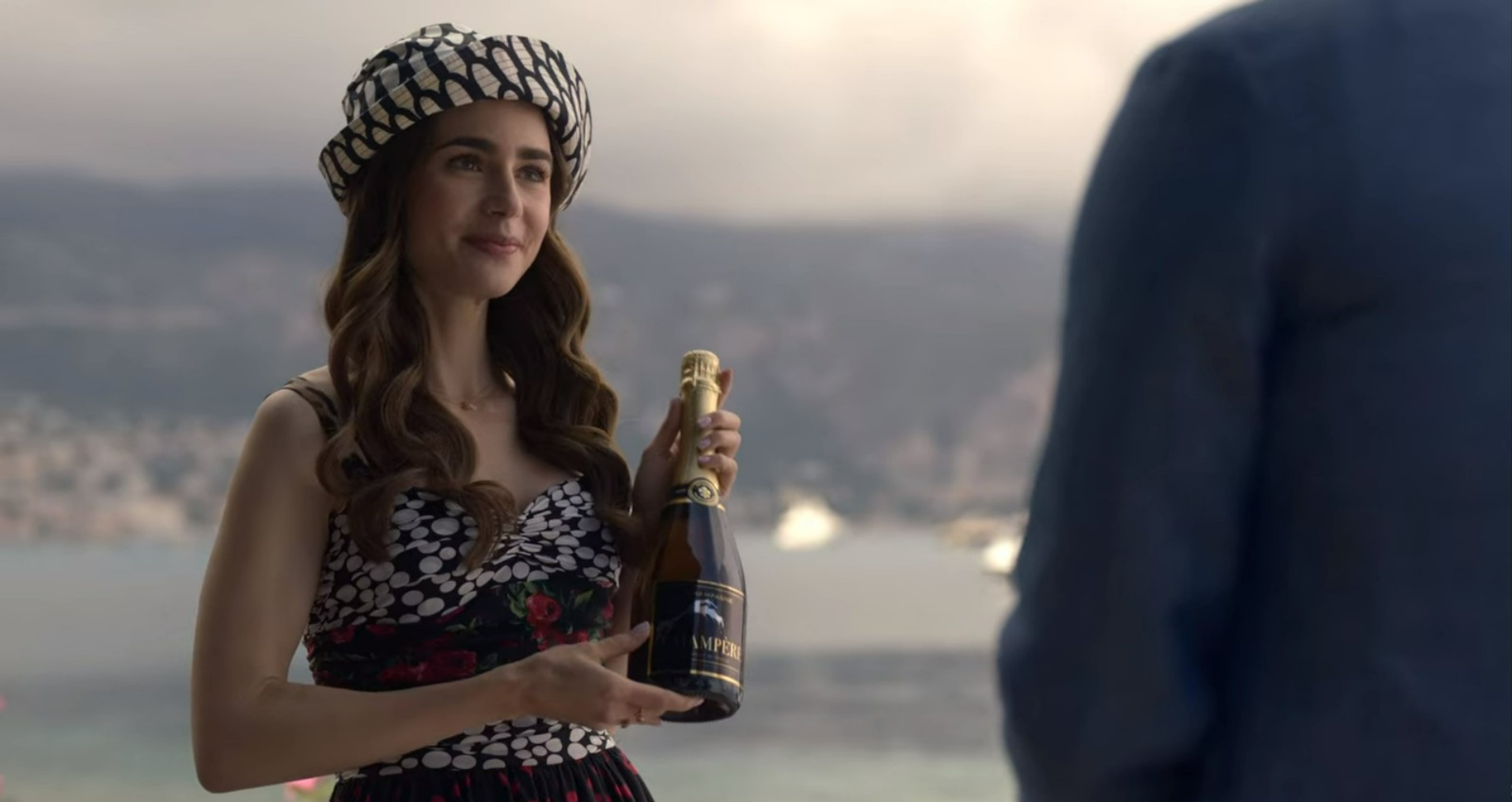 Later, when Emily runs into Sylvie, she finds out that Laurent G. is her husband; he had received the shipment of Champére only sometime before and thus hadn’t put it on the menu. Additionally, and funnily, although Emily passionately promotes Champére as a champagne spray, most people drink it and comment on its bad taste. On Grégory Elliot Duprée’s yacht, one of his friends declares that Champére “tastes like ass.”

In episode 8 of season 2, Emily pitches the “How Do You Pop Your Top” challenge for Champére’s social media marketing plan, highlighting that encouraging people to come up with interesting ways of opening the bottle will make the champagne popular. She wants a young crowd to promote Champére, making the product seem like “an everyday luxury” and a necessity for parties, celebrity events, and celebrations.

However, Gérard wishes to be the face of the brand; additionally, he creates a promotional video wherein he drinks his champagne instead of spraying it. Thus, Emily decides to go to Camille’s château in order to shoot with Gérard and Champére and solidify the champagne’s identity as an alcoholic drink meant to be sprayed.

However, chaos unfurls in Champagne when Gérard uses a sword to open the Champére bottle for the challenge. The first two times he opens the bottles smoothly, but Emily fails to record him. The third time, he accidentally slices off the tip of his thumb; a horrified Emily gets the entire thing on camera, blood spatters everywhere, and Camille faints. Meanwhile, the professional photographer hired for the shoot leaks photos of a bleeding Gérard to the press. Emily rushes him to the hospital; he soon recovers, none the worse for wear.

However, Louise uses Gérard as an excuse to lure Gabriel to their château and make him interact with Camille. Thus, as is the norm on the show, personal matters are mixed with professional ones. Eventually, after the Champére PR mess, other products and clients take up Emily’s time and so we don’t get to see the champagne spray for a while. However, we do know that Emily will make sure that Champére is a huge success. We are likely to see more of this champagne spray in the future, despite its questionable taste!