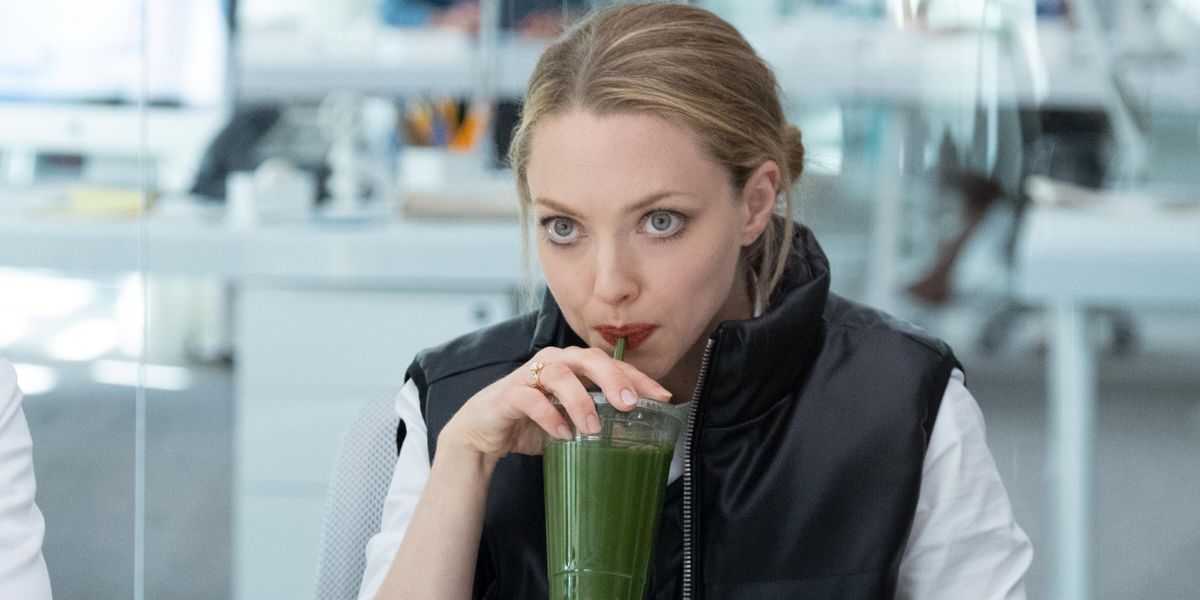 ‘The Dropout’ tells the story of Elizabeth Holmes, as she drops out of Stanford and becomes the founder of Theranos, a biotech startup company. Theranos gathers plenty of investments and media recognition. However, the company starts to crumble after facing numerous hurdles in perfecting its technology.

The series also highlights the various facets of Holmes’ personality that allowed her to make her way to the very top and become one of the most influential entrepreneurs of her generation. One of the recurring elements in the show is Holmes sipping on a green juice from time to time. If you wish to find out more about the green juice and whether Holmes actually consumed it, here is everything you need to know!

What’s Elizabeth Holmes’ Green Juice? Did She Really Drink it?

‘The Dropout’ accurately portrays all the tiny details of Elizabeth Holmes’ life, with actress Amanda Seyfried effortlessly slipping into the role of the Silicon Valley tech founder. However, like other tech founders from the region hoping to take their startups to the next level, Holmes also had to make many sacrifices and adopted specific interesting, if not quirky, habits. While her practice of dressing in a black turtle neck like her idol Steve Jobs is well known, Holmes is also renowned for having green juice as a part of her diet.

Although Holmes has never publicly spoken about the origin of her green juice consumption, ‘The Dropout’ depicts that Holmes’ ex-boyfriend and the COO of Theranos, Ramesh “Sunny” Balwani made her accustomed to drinking the frothy drink. In the third episode of the series, titled ‘Green Juice,’ Balwani forces Holmes to drink the titular drink as he prepares Holmes to face the challenges of being the CEO of a Silicon Valley startup. Initially, Holmes dislikes the juice but develops a taste for it by the episode’s end.

In 2015, Holmes spoke about her diet and revealed that she had turned to veganism. According to the Theranos founder, staying off food products of animal origin allowed her to work longer hours without worrying about sleep. Holmes reportedly only slept four hours a night and would often have green juices and salads as a part of her specific diet.

According to journalist John Carreyrou’s book ‘Bad Blood: Secrets and Lies in a Silicon Valley Startup,’ Holmes never drank coffee and instead resorted to a diet comprising of green juices made from cucumber, spinach, parsley, celery, and wheatgrass to stay awake. She was also fond of salads comprising spaghetti and tomatoes, but without oil and dressing. Holmes’ former assistant, Paige Williams, revealed that Holmes was very private about her diet.

Holmes’ habit of having a diet based around one core type of food is not exactly uncommon in the startup world, especially in Silicon Valley. Many up-and-coming entrepreneurs, including Holmes’ idol Steve Jobs, were known for resorting to such diets to improve their productivity and maximize their working hours. Ultimately, Holmes’ green juice is another interesting facet of her workaholic personality.