When Does Lena Find Out Kara is Supergirl?

Developed for television by Ali Adler, Greg Berlanti, and Andrew Kreisberg, ‘Supergirl‘ adds a fresh story to the Superman mythos by focusing on his similarly powered super cousin Kara Zor-El/ Supergirl (Melissa Benoist). The DC Comics superhero has had her hands full with a number of supervillains over the course of the show’s six seasons. However, it is the Luthor name that rings the bells of danger for Kara in the most unprecedented ways.

While Lex Luthor and his mother, Lilian, have been a constant thorn in Kara’s side, Lena (Katie McGrath) has a somewhat cordial relationship with the Girl of Steel and her alter-ego, Kara Danvers. That all changes once Kara’s secret comes out and Lena finds out about her true identity. But how did the events pan out? In case you need to catch up or need a refresher on this game-changing reveal, we’ve got you covered. Here’s everything you need to know!

When Does Lena Find Out Kara is Supergirl?

Kara meets Lena Luthor for the first time in the second season premiere episode titled ‘The Adventures of Supergirl.’ After an L-Corp spacecraft malfunctions during its maiden flight, Kara and her cousin Clark Kent (Tyler Hoechlin) arrive at L-Corp to investigate Lena Luthor, who has taken over her family’s business. Clark warns Kara about trusting a Luthor. However, Kara realizes that Lena is nothing like her (half) brother, and the two become friends. However, Kara keeps her life as Supergirl from Lena a secret. Lena occasionally assists Supergirl. 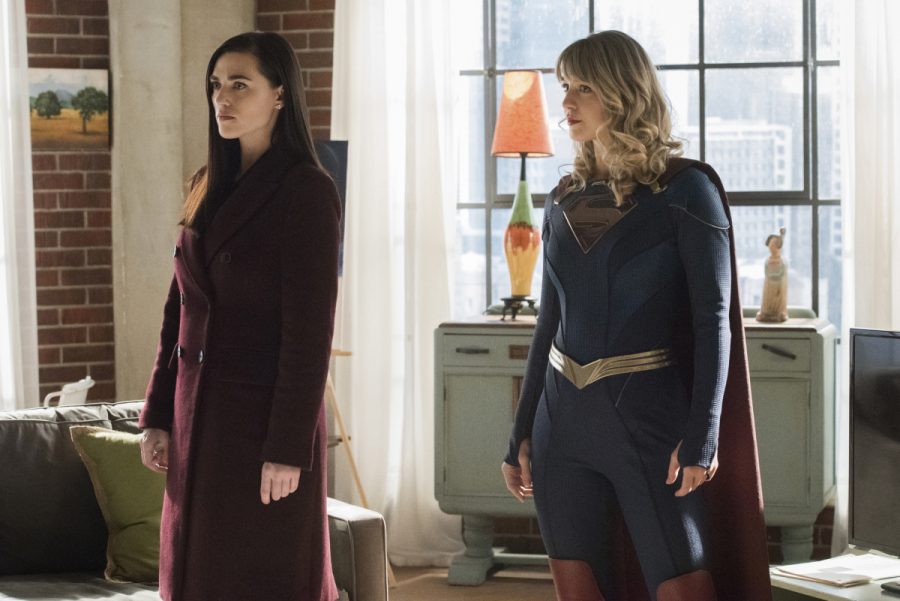 By season 3, Lena suspects Kara is Supergirl but remains in denial. Her friendship with Kara only becomes deeper in the meantime. In the fourth season finale titled ‘The Quest for Peace,’ after Lex in his Lexosuit is defeated by Kara, Lena ambushes him. She then depowers his suit and fatally shoots Lex. Before dying, Lex shows Lena a video outing Kara as Supergirl. Lena feels betrayed and goes down a dark path.

In the fifth season premiere episode ‘Event Horizon,’ Lena plans to reveal Kara’s secret to the entire world at an award ceremony where she is supposed to present Kara with the Pulitzer Prize. However, before she can do so, Kara herself tells Lena the truth. This temporarily stops Lena’s plan of exposing Kara to the world. However, Lena becomes an adversary to Kara, and although she doesn’t try to harm her former friend directly, she often creates obstacles for Kara.

Lena does help the heroes of the multiverse during the Crisis but eventually sides with Lex after his revival. After realizing that she is becoming like her brother, Lena reconciles with Kara, and their friendship becomes stronger. Kara and Lena start out as friends but eventually become enemies after the former learns of the latter’s secret identity. This mirrors the story of Clark and Lex from ‘Smallville,’ a revered take on the Superman mythos. However, unlike their brothers, the two women manage to reconcile, underlining that trust is a two-way street.

It is a compelling twist on a classic trope. Lena learns Kara is Supergirl on two different occasions, with each adding a different context to their relationship. The first time sends Lena down a path of villainy. However, the second instance is crucial in redeeming her. ‘Supergirl’ is currently airing its sixth and final season on The CW, so you can catch up with Kara and Lena there.

Read More: Where is Supergirl Filmed?