Where Are Ava and Chanel From The Circle Now? 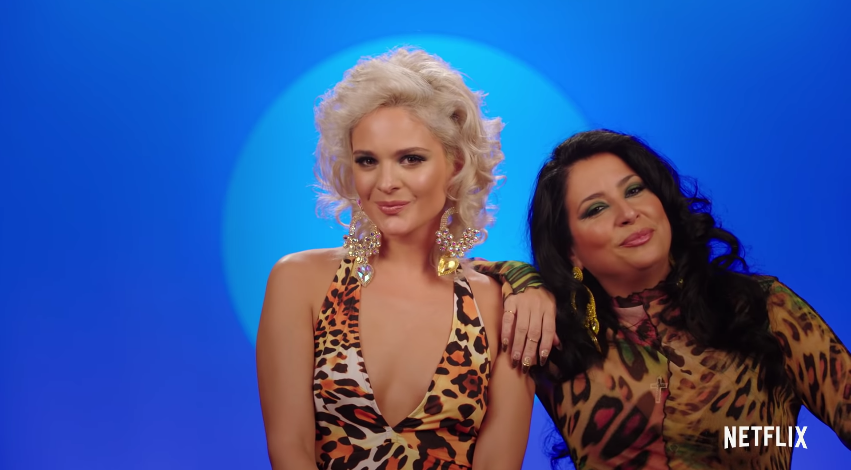 Netflix’s ‘The Circle‘ is an exciting reality series that combines status and strategy as the contestants compete for popularity without ever meeting each other. Their sole means of communication is text messages through the accounts they’ve created on the specially designed social-media app for the show, which, in turn, enables anonymity. In other words, the cast can play as themselves, a slightly edited version of who they are, or someone else entirely, which Ava and Chanel Capra from season 3 took complete advantage of. So now, let’s find out more about them, shall we?

Who Are Ava and Chanel Capra?

Ava and Chanel Capra are a sister duo who elected to enter the world of ‘The Circle’ together as Ava, only to clone their fellow contestant, Michelle, later on. They believed that Ava’s good looks combined with Chanel’s filter would help them reach the top. After all, even though they’ve been in the entertainment industry for some time, it’s Chanel who usually stays behind the camera to manage her influencer sister. It’s the bond between these Italian-Dominican descendants, along with the ones they share with their other siblings, Asa Capra and actor Francis Capra (‘Veronica Mars‘ and ‘A Bronx Tale’) that helps them thrive.

Born on June 25, 1978, the now 43-year-old Chanel has always been a mix of mother and sister to the now 26-year-old Ava. However, their age difference hasn’t affected how close they are, leading to their participation in this series. We should also clarify that if you feel like you’ve heard their names before, there’s a good chance that it’s because you’ve come across them over the years in one way or the other.

Chanel is a writer, actress, and producer who also attended the Writer’s Boot Camp in Los Angeles for a screenwriting course. You may recognize her from ‘Free Willy 2: The Adventure Home’ (1995), ‘The Andy Dick Show’, and ‘Nora’s Hair Salon II, wherein she served as the writer and co-producer as well. On the other hand, Ava is a singer-songwriter, model, actress, and influencer, mostly known for her involvement in season 22 of ‘America’s Next Top Model’ (2015), where she was placed 12th overall.

Where Are Ava and Chanel Capra Now?

Ava and Chanel Capra couldn’t win the Netflix original series as themselves or as catfishes, but they did make the most of this once-in-a-lifetime opportunity. The sister duo walked away with a stronger bond than before, and today, they continue to work together on several different ventures. Chanel, who already has ‘Nora’s Hair Salon II’ (actress, writer, and co-producer) and ‘Nicki Minaj: My Time Now’ (location manager) to her credit, will soon have the title of a director as she’s been trying to take Ava’s career as a singer to the next level. Furthermore, she is the co-founder of Bella Mafia Entertainment.

As for Ava Capra, she’s still in front of the cameras and spotlight, taking up any chance to show off her talents. Residing in Los Angeles, California, she models for numerous brands, creates original music, acts, and does quite a few advertisement posts on her social media profiles to expand her reach and thus her wings. Ava wants nothing more than to be successful in the entertainment industry, and with the support system she has — sister, brothers, parents, and friends, Ava might just be able to make it one day soon. We, for one, can’t wait to see what she’ll do next.

Read More: Who is Calvin From The Circle?