Where Are Kiki Camarena’s Kids Today? 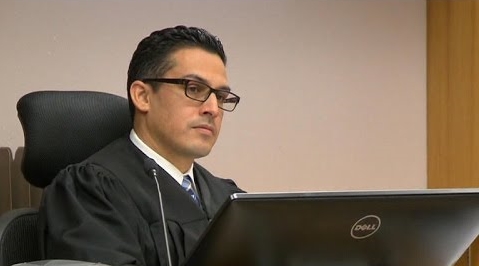 The DEA often liken Agent Kiki Camarena to Jesus Christ. He died so others would not have to. Amazon Prime’s ‘The Last Narc‘ traces the events after Kiki’s death as a dogged DEA agent uncovers the shocking truth and the murky conspiracy that links the blood-soaked drug wars in Mexico to the corridors of power in Washington. The impact Kiki’s death has had on the drug war, and by extension, the entire world is undeniable. However, one rarely stops to wonder about the personal cost of the agent’s death to his family. After all, when Camarena tragically died, his three children, Enrique, Erik, and Daniel, were 11, 6, and 4 years old, respectively. So, where are they now?

Where Are Kiki Camarena’s Kids Now?

Kiki’s kids are all grown up. It has been some time since the valiant agent passed away, and his body was discovered in 1985. Enrique is around 46, while Erik is 41 years old, and Daniel, the youngest, is 39. Not much is known about Erik or Daniel. They seem to maintain low profiles and don’t have an over social media presence. On the other hand, Enrique has proudly followed his father’s footsteps. He continues the legacy of justice within the family.

Camarena earned a BA from the prestigious Dartmouth College before securing his JD from the University of Southern California, Gould School of Law. He went on to serve as the deputy district attorney in the Office of the District Attorney of San Diego from 1999 to 2014. Enrique worked on domestic violence and child abuse cases, after having given his father his word that he’d not become a police officer, due to the dangers of the job. Registered as a Republican, Camarena’s job and family history has naturally solidified his anti-drugs stance. As a member of the legal community, Enrique often gives speeches and addresses in colleges.

For example, back in 2007, he was part of the Red Ribbon Campaign Against Drugs, to make the public aware of the unseen harm caused by narcotics. However, Enrique’s moment to shine truly came in 2014, when he was sworn in as the latest San Diego Superior Court judge. At the time, he spoke about how his father would have been proud of the achievement. Camarena said, “You know, I think about him every day. And so for me, it’s still a little bit about the legacy of duty. And that’s what I’ve been doing up until yesterday. And I’m going to be serving my county, serving this community in a different way.”

Camarena, much like his father, is a people’s person. During his acceptance speech, he thanked everyone who had been part of the learning process, making him the person he is now. He mentioned that he did not just learn from them in their capacity as lawyers, but learned from them as people. However, Enrique is realistic and recognized how his duties would be different in the new role. He spoke about it, saying, “It’s morphed into something else; I have to oversee everything now. Not just the prosecution, but oversee the entire way the case is handled and all that’s put forth in the case and the decisions that need to be made. And I’m ready for it.”

It appears that Kiki’s children have made new lives for themselves, but they continue to remember the heroics of their father, that perhaps changed the course of history itself.