Where Are The Offer’s Jack Ballard and Aram Avakian Now?

Created by Michael Tolkin, ‘The Offer’ is a dramatized retelling of the several challenges and obstacles during the production of Francis Ford Coppola’s 1972 gangster film ‘The Godfather.’ As the narrative progresses, the miniseries dives into the behind-the-scenes politics within Paramount Pictures that affected the film’s production. In the show’s seventh episode, viewers see studio executive Jack Ballard and editor Aram Avakian losing faith in Al Ruddy and Coppola’s vision.

As a result, Ballard and Avakian try to convince Charles Bluhdorn to fire the duo. However, their plan backfires as they are fired from the project. Therefore, viewers must be yearning to learn what happened to Ballard and Avakian after they exited the production of ‘The Godfather.’ If you are looking for details about the life and whereabouts of Jack Ballard and Aram Avakian, here is everything you need to know!

Who Are Jack Ballard and Aram Avakian?

Aram Avakian was an Armenian-American editor and director from New York City. He passed out from Yale University and worked as a Naval officer for several years before transitioning to a career in the film industry. Avakian started learning documentary editing under Gjon Mili. In 1955, he was hired as the editor of the news television show ‘See It Now’ and continued in the role until 1958. 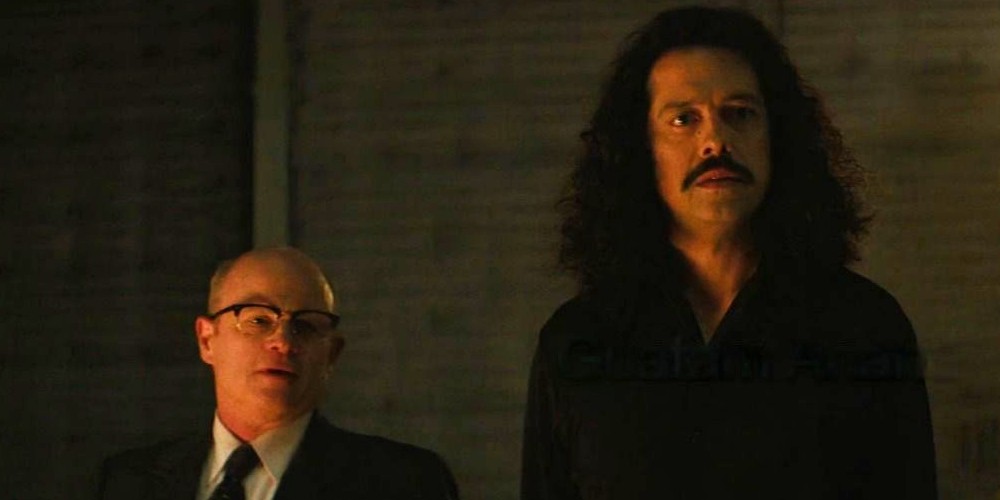 The following year, Avakian served as the editor and co-director of the concert film ‘Jazz on a Summer’s Day.’ Over the next few years, Avakian worked as an editor on several Hollywood projects, including ‘Girl of the Night,’ ‘The Miracle Worker,’ ‘Lilith,’ ‘Mickey One’ and Francis Ford Coppola’s 1966 comedy film ‘You’re a Big Boy Now.’ Following the collaboration, Avakian was hired as editor of ‘The Godfather.’

On the other hand, Jack Ballard was the son of Nan Ballard and R.H. “Hap” Ballard. He grew up in the Palm Desert, California. Ballard went on to have a successful career in the film industry, working primarily as a studio executive at Paramount Pictures. He was later promoted to Executive Production Manager before becoming the Vice President of Paramount Pictures, working under Robert Evans. At Paramount, Ballard contributed to the production of films such as ‘Rosemary’s Baby’ and ‘Love Story.’

Like Avakian, Ballard was reportedly brought on to oversee the production of ‘The Godfather’ in 1971. However, during production, Avakian and Ballard were reportedly unhappy with Coppola’s work on the film. Ballard allegedly wanted Coppola out of the project and wished for Avakian to take over as the director. However, Robert Evans backed Coppola, and Ballard and Avakian were subsequently removed from the project.

Where Are Jack Ballard and Aram Avakian Now?

After being let go from ‘The Godfather,’ both Jack Ballard and Aram Avakian continued to work in Hollywood for several years. Before leaving the studio, Ballard oversaw films such as ‘Save the Tiger’ and ‘Lady Sings the Blues’ for Paramount Pictures. He joined Motown Productions (later known as de Passe Entertainment) before forming his own production company Canon Group. On June 27, 1986, Ballard passed away after battling an unspecified illness. He was 71-years-old and lived in Beverly Hills at the time of his death. Ballard had three daughters and one son.

On the other hand, Avakian directed the crime comedy film ‘Cops and Robbers’ which was released in 1973. He then directed the 1974 comedy thriller ’11 Harrowhouse.’ His other credits include serving as the editor of ‘The Next Man’ (1976) and ‘Honeysuckle Rose’ (1980). He was also the Chairman of the Film Department at the State University of New York at Purchase from 1983 to 1986. The editor and director was married to actress and writer Dorothy Tristan before the couple separated in 1972. Avakian passed away on January 17, 1987, of heart failure. He had two children, Alexandra Avakian and Tristan Avakian.