Where is Rachel in Fleishman Is in Trouble? What Happened to Her? 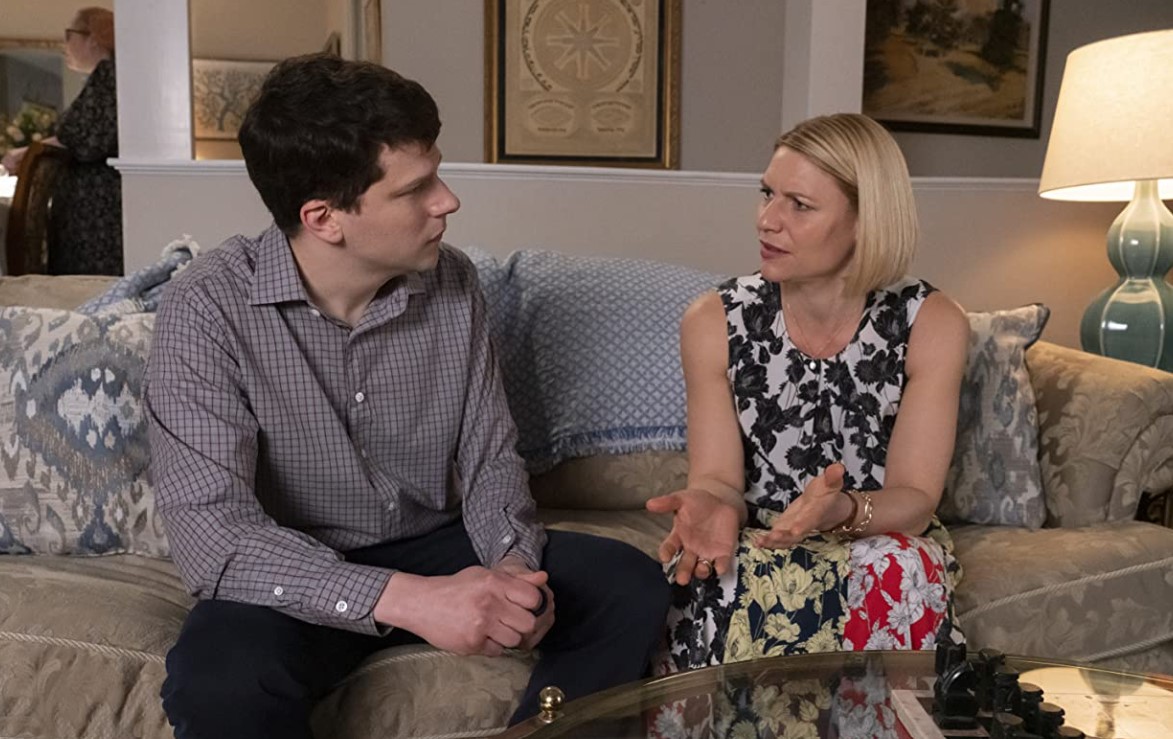 Based on series creator Taffy Brodesser-Akner’s 2019 novel of the same name, ‘Fleishman Is in Trouble’ predominantly deals with the aftermath of a woman’s sudden disappearance. Rachel Fleishman (Claire Danes) is a successful theater talent agent with her own agency. She was previously married to the New York City hepatologist Toby Fleishman (Jesse Eisenberg), and they have two children together, Hanna and Solly. At the start of the series, Rachel drops her children off at her husband’s place and disappears.

At first, Toby regards this as part of a larger pattern that Rachel has created with her actions, but as days become a week, he begins to worry that something might have happened to the mother of his children. The answer is finally revealed in the penultimate episode of the series. Here is everything you need to know about it. SPOILERS AHEAD.

Toward the end of episode 6, just as Libby (Lizzy Caplan) sits down on a park bench to contemplate the problems in her life, she spots Rachel sitting opposite her with a faraway look in her eyes. When Libby goes to speak to the other woman, she realizes that Rachel is not well. She quickly calls her husband to let him know she will be late and promises to explain everything before taking Rachel to her (Rachel’s) apartment. Even when surrounded by the comfort of her home, it takes some time for Rachel to settle down and begin answering Libby’s repetitive questions about what happened.

As Rachel narrates her story, Libby realizes that the former had a nervous breakdown. The story Rachel tells is far from being chronological, but that actually fits the narrative of the series, which is non-linear, to begin with. It turns out that Rachel had gone to the Everglade Holistic Wellness and Retreat Center with Sam Rothberg, the husband of the woman who is supposed to be her best friend. It was because of her growing closeness with Sam that Rachel finally agreed to divorce Toby. She even had plans to move to Los Angeles with Sam and take the children with her. When she broached the subject with Toby, he lashed out at her, telling her that she could go anywhere she wanted, but the children would not go with her.

And that is what Rachel exactly did when she went to Everglade. However, her constant emotional turmoil proved too much for Sam, who left her at Everglade, claiming she was no longer fun. After returning to New York, Rachel mostly kept herself inside her apartment, gradually losing her connection with reality. She ordered the same food multiple times a day, only to throw it away. Rachel did drugs that Sam left behind, which further affected her perception of time and space. Before she knew it, weeks had passed. When she finally emerged from her apartment, she discovered that she had lost her biggest client.

It is at this stage that Libby finds her. After learning what happened, she goes to speak to Toby, but the latter cannot be more disinterested. He feels that he grieved for his relationship with Rachel and has since moved on. Despite this, a part of him seems to remain optimistic. As the series ends, Rachel walks into his apartment on a rainy night. There are endless possibilities of how things will go from here. And some of those do include reconciliation. But even if that does not happen, one thing is certain: Rachel is back in Toby and their children’s lives.

Why Did Rachel Leave Her Kids?

Rachel’s departure happened after that horrible conversation with Toby, during which she brought up that she wanted to move to Los Angeles and take the children with her. As Toby told her that she could not take Solly and Hanna, she came to believe that they had an understanding and did not see any reason to speak to him again before her departure, leaving the children at his place before going to Belgrade with Scott. What was supposed to be a brief escape from the hecticness of her life turned into a massive downward spiral as she felt lonely, rejected, and abandoned by almost everyone in her life.