Fleishman Is in Trouble Finale Recap and Ending, Explained 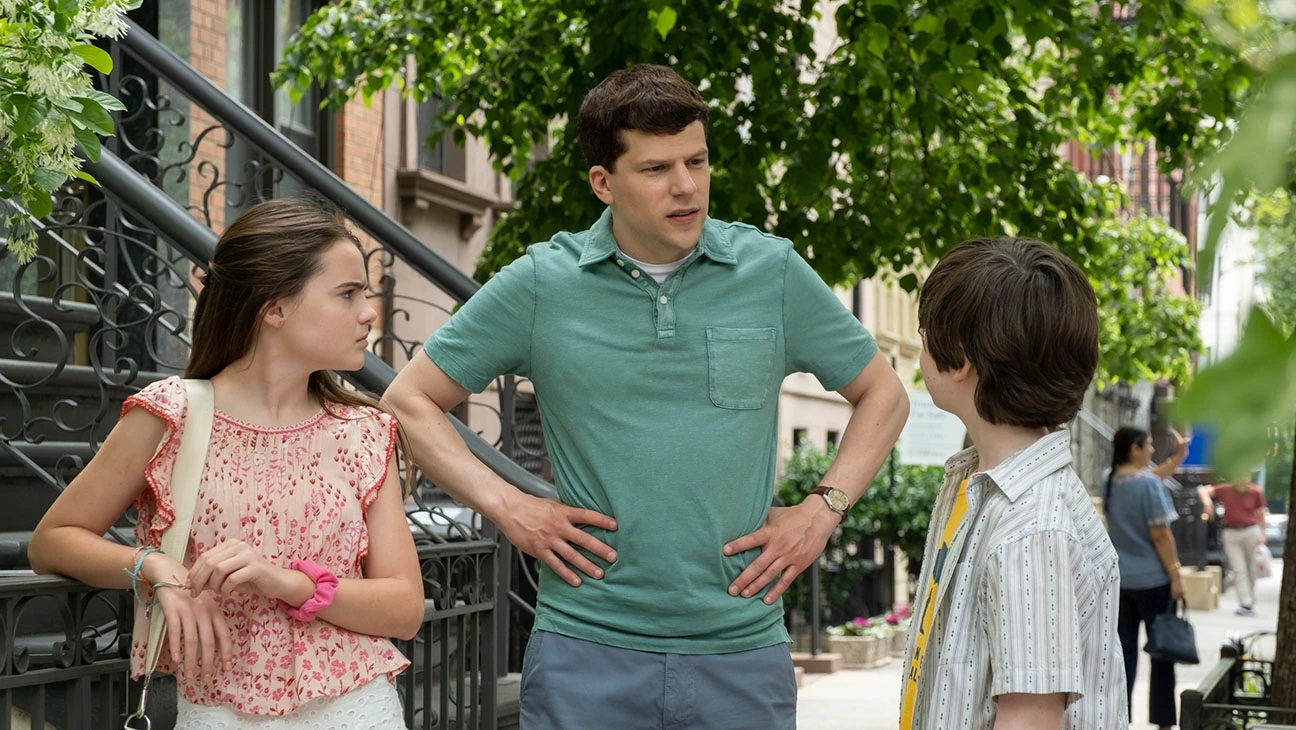 Series creator Taffy Brodesser-Akner developed ‘Fleishman Is in Trouble’ from her 2019 namesake novel. The narrative, which is not necessarily linear, offers a complex, and at times subjective, view of the dissolution of a marriage. In ‘Fleishman Is in Trouble’ episode 8, titled ‘The Liver,’ Seth (Adam Brody) hosts a party to celebrate something his friends thought he would never do. Libby (Lizzy Caplan) realizes that her own marriage has come to the verge of collapsing. Having undergone the process of grief, Toby (Jesse Eisenberg) seems to have genuinely moved on, but still, a part of him clings to a sense of optimism about his relationship with Rachel (Claire Danes). Here is everything you might want to know about the ending of the ‘Fleishman Is in Trouble’ finale. SPOILERS AHEAD.

Fleishman Is in Trouble Episode 8 Recap

The first seven episodes of the FX on Hulu series are all about the Fleishmans, with Libby serving as the narrator of a story mostly not hers, predominantly told through the perspective of her friend Toby. In the series finale, Libby turns the camera on herself and concentrates on her equally unhappy life. The finale begins as Libby arrives at Toby’s home in the middle of the night and tells him everything she has found out about Rachel. However, Toby’s response is detached indifference, which surprises Libby. As someone still married and emotionally invested in her relationship, she can’t understand how Toby can be so callous about his former wife’s sufferings. She even reiterates multiple times that Rachel had a mental breakdown, failing to realize that Toby has already grieved for the relationship. He doesn’t feel that he needs to bear additional sympathy for a person whose life has permanently forked away from his.

As Libby departs from Toby’s apartment, she acknowledges that her own marriage is far from perfect, and it is almost entirely her fault. The narrative is again not particularly linear and begins even before she, Seth, and Toby started hanging out together again. Libby felt that she was stuck in her life. She was a magazine writer without an assignment; the book she had planned to write never materialized. As time passed, she came to resent her life in the suburbs, wondering whether she had bartered away her independence and identity for security and comfort. This escalated after she ran into one of her former neighbors, who looked great, having left her husband and starting a relationship with her high school boyfriend.

Libby entertained the idea of doing the same. She even sent a friend request to the man she was dating in high school, but he turned out to be a horny creep, taking only a few sentences before reminding Libby of their sexual intimacy when they were high school students, prompting her to shut down the computer immediately. But when Toby and Seth reached out, that was a completely different experience. The friends we make in college are unlike any other we make in our lives. They share the foundation of what will be our moral beliefs as adults, and that creates a deep connection. Furthermore, for most people, the college years are the only time when we are adults without the responsibilities associated with adulthood.

Libby does go back home that night after visiting Toby’s apartment. Adam (Josh Radnor) is understandably distant, but Libby figured this would happen. What surprises her is how it seems her family has moved on without her. Although the show never explicitly mentions it, Libby clearly has been dealing with depression. She became distant from her family long before she went missing for a few days, and her family has since learned to live without her.

Meanwhile, Toby comes to terms with losing the promotion and actually becomes glad about it as it allows him to continue interacting with the patients. As Karen Cooper dies, Toby comforts her husband. He also ultimately accepts Hanna’s decision about not going through her Bar Mitzvah. Elsewhere, Archer Sylvan (Christian Slater) dies while thoroughly enjoying himself.

Fleishman Is in Trouble Ending: Do Toby and Rachel Reconcile?

As mentioned above, ‘Fleishman Is in Trouble’ is a show about the dissolution of a marriage told in a non-linear narrative. When the series begins, and Rachel drops off her children at Toby’s place before disappearing for weeks, the two of them are already divorced. But in the following episodes, the length of their relationship is extensively explored — from their meeting to the confession of love to the proposal to the wedding to the birth of the children to the divorce. We witness Toby trying to figure out what happened after his former wife suddenly disappears. We see him undergo various stages of grief after learning about her relationship with the husband of the woman who is supposed to be her best friend. We recognize the signs when Toby is finally ready to move on.

In episode 7, we are offered Rachel’s version of the events, and along with Libby, we have to acknowledge that things are not always what they appear in a relationship. She had a mental breakdown, did drugs, and now feels that she has been abandoned by everyone. At this point in their lives, Toby and Rachel can’t be more distant from each other. But Libby, almost like a prophet or that woman she, Toby, and Seth encountered in Israel, predicts that Rachel will return on a rainy night. And that’s what happens in the final sequence of the series. It doesn’t necessarily mean that they will reconcile. But Rachel will be at least part of the lives of her children and Toby. He doesn’t need to cling to his indifference. Together, they can find a symbiotic co-existence that favors them both.

Do Libby and Adam Remain Together?

Yes, Libby and Adam remain together. The final episode establishes that Libby is the author’s surrogate. She speaks about the novel she wants to write, the plot of which resembles ‘Fleishman is in Trouble.’ She, Toby, and Seth reconcile at the party where Seth proposes to Vanessa. That night, Libby returns home and climbs onto the bed with Adam, initiating an intimate moment for the first time in what appears to be a long while and asking for forgiveness. Adam, being the man he is, readily accepts her apology, noting that she always comes back.

Now that Libby has a plot for her book, it means that her life will no longer remain static. It’s not that she hated the suburban life but had grown wary of what it had come to represent in her mind. Regaining a sense of purpose also allows her to appreciate other aspects of her life.