Where Is Beat Shazam Filmed? 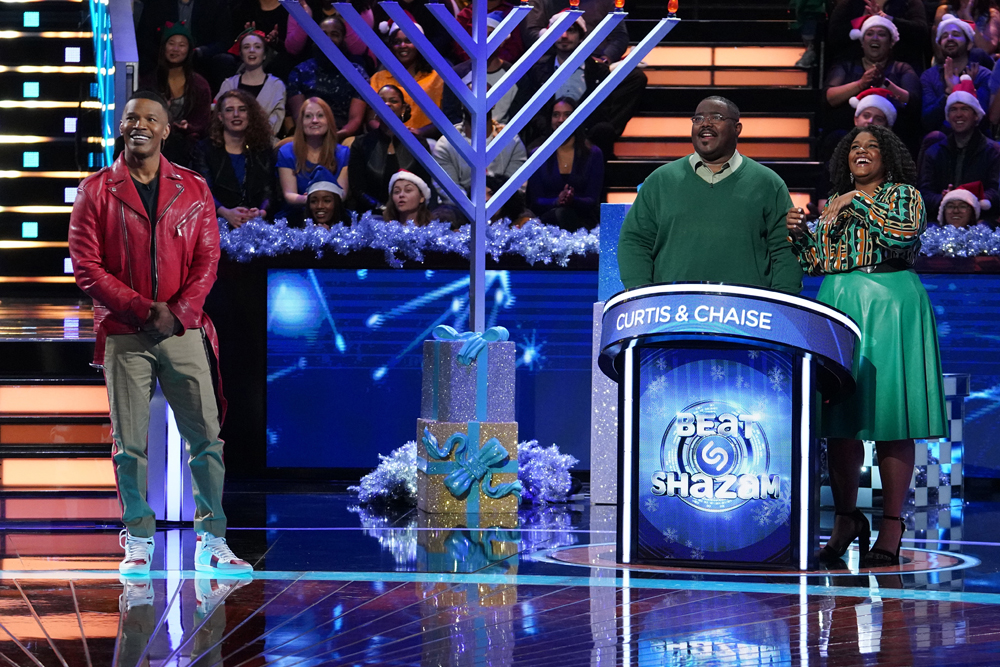 Created by Jeff Apploff and Wes Kauble, ‘Beat Shazam’ is a musical television game show in which teams of two participants square off against one another in a competition to recognize songs just by listening to the audio. The teams that perform the best get to compete against the Shazam app and stand a chance to win the grand prize of $1,000,000. It features the Grammy award-winning singer-songwriter and actor Jamie Foxx as the host, while his daughter Corinne Foxx is the DJ.

‘Beat Shazam’ has grown in popularity since its premiere in 2017. Over the years, the show has garnered a significant fan following. Naturally, many fans may be curious about the show’s exact filming locations. If you are also looking for similar information, you have come to the right place. Here’s everything you need to know.

All the seasons of ‘Beat Shazam’ have been filmed entirely in Los Angeles. Surrounded by snow-capped mountains, the southern Californian city is famous for the timeless Hollywood sign. The city is dubbed as the World’s Creative Capital, and it is unsurprisingly home to the big five television studios. Because of the abundance of opportunities in creative fields, the City of Angels attracts aspiring actors, dancers, writers, and filmmakers who wish to make it big in the entertainment industry.

Since Los Angeles is such a popular city, it is obvious that it attracts the filming of numerous television series as well. Television shows shot in the city include ‘Seinfeld,’ ‘The Office,’ ‘New Girl,’ ‘Friends,’ and ‘Game of Thrones.’ The production of ‘Beat Shazam’ is limited to a specific location in the southern Californian city. So, without wasting any more time, let’s have a look at it!

The musical television game show was shot in CBS Television City. Located at 7800 Beverly Boulevard in the Fairfax District, the television studio complex was officially inaugurated several decades ago, on November 16, 1952. Back then, CBS spent around $7 million on the construction of the Television City, which used to have four sound stages.

However, after two renovations in the following decades, four more sound stages were added to the studio. Since then, numerous television shows and movies have been shot there, ‘Beat Shazam’ being one of them. Since Los Angeles is the center of America’s television industry, the musical game show could not have been filmed at a better location. Every season of the show was shot at the CBS Television City. Here’s a photo posted by Corinne Foxx on Instagram after she wrapped up the shooting of the third season.

‘Beat Shazam’ is not the only television production project that is hosted by the studio. Other series filmed at the CBS Television City include ‘The X Factor,’ ‘The Young and the Restless,’ ‘You Don’t Know Jack,’ and ‘Real Time with Bill Maher.’