Where is Carole Baskin’s Daughter Now? 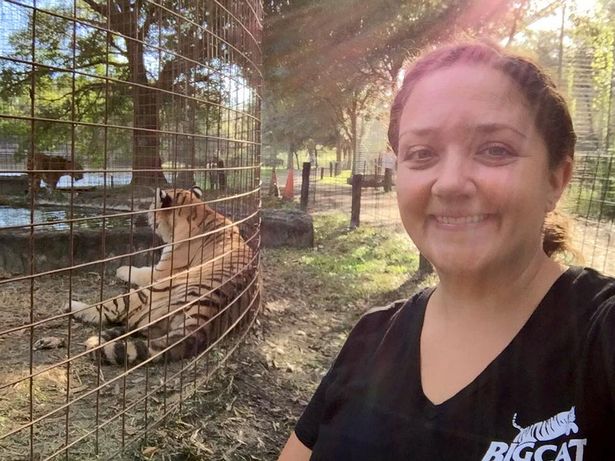 ‘Tiger King’ highlighted the ongoing feud between Joe Exotic and Carole Baskin, with the former trying to hire hitmen to take her out. Despite the many controversies, a mystery at the heart of the docuseries was the disappearance of Don Lewis, Carole’s husband. While Exotic pointed the finger at Baskin for the murder, Don’s body has never been found.

The disappearance and explosive new information about the same is the subject of CBS’s ’48 Hours Suspicion,’ in an episode titled ‘The Tiger King Mystery.’ Naturally, the newly generated interest has once again put Baskin in the spotlight. It is only augmented by the recent announcement that she’s participating in ‘Dancing with the Stars‘ Season 29. With this newfound interest in Carole’s life, one fact becomes evident – her daughter, Jamie Veronica Murdock, has always been by her side.

Jamie was born to Carole while she was married to her boss, Mike Murdock, in Tampa, Florida. When she had Jamie, Carole was very young and a lot has happened to Baskin since then. So, where is Jamie Veronica Murdock now?

Where is Jamie Veronica Murdock Today?

Jamie graduated at the age of 16 and quickly joined Carole at Big Cat Rescue in Tampa, Florida. She currently holds three titles. Jamie is the president, as well as a member of the board of directors. She also is the chair of the volunteer committee. As per the Big Cat Rescue website, Murdock is an award-winning photographer as well. She is a licensed animal rehabilitator and is in charge of managing the sanctuary’s bobcat rehabilitation program. You can see Jamie at work below.

Murdock’s interest in wildlife is fascinating, as she tracks the released bobcats and camera traps the wild bobcat populations. Jamie is not just an animal lover, but a talented artist as well. She creatively makes acrylic paintings, mix-media projects, and paw print art. Murdock has an art studio – Dancing Butterfly Arts and runs an Etsy account, where others might purchase her work.

Much like Carole likes knowing what goes on at Big Cat Rescue, Jamie is actively involved in running all parts as well. She deals with the volunteer program, which requires processing applications, running the training program, keeping coordinators up to date, and following up with volunteers. Some of her other duties include running the online gift shop and eBay store, managing Big Cat Rescue’s foster kitten program, handling enclosure maintenance, organizing fundraising events, and any online efforts. Jamie has spent nearly a decade at Big Cat Rescue, working tirelessly to help better the organization and care for animals. You can see a picture of Jamie below.

Coming to her personal life, Jamie was married to Dr. Justin Boorstein, a veterinarian at Big Cat Rescue. Currently, accounts suggest that the two are separated. While we do not know whether they are divorced yet, it appears that Jamie’s new partner is Victor Alonso. It is impressive how well Jamie handles the many responsibilities involved in the day-to-day running of Big Cat Rescue. From looking after the animals to publishing their newspaper, Jamie oversees most tasks. It would be safe to say that she’s following Carole in her footsteps, and from what we can see, the 40-year-old Jamie Murdock is doing a great job.