Where is Cheer’s Kapena Kea Now? 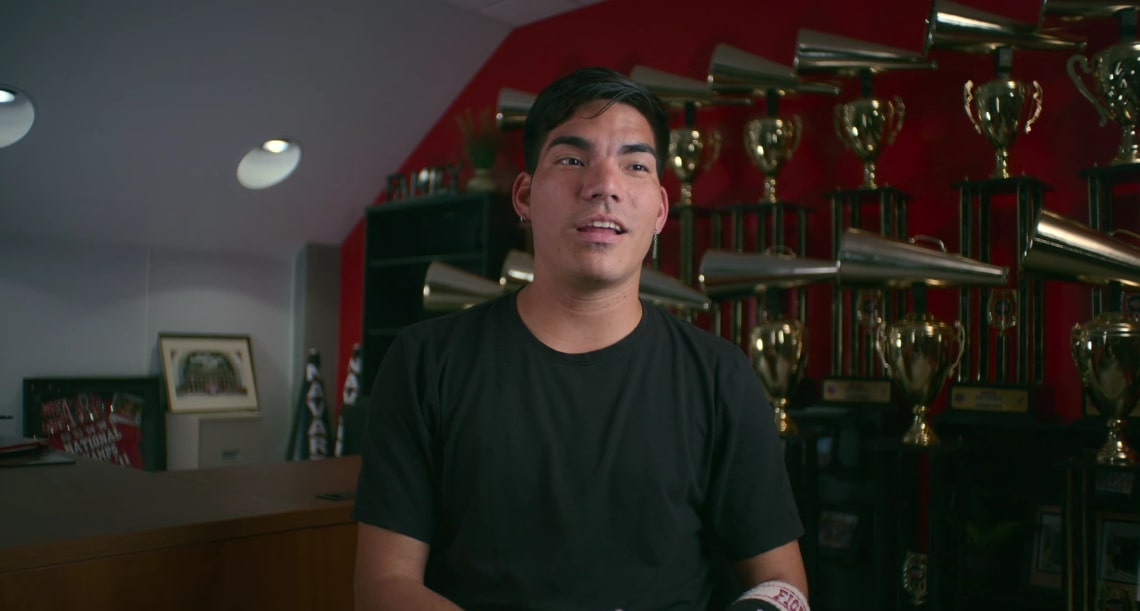 ‘Cheer’ is a Netflix documentary series that can only be described as gritty, especially considering how it follows the top cheerleading programs as they confront several obstacles while trying to win the national title. However, the one aspect that makes it genuinely compelling is the fact that even amidst the losses and triumphs, along with personal struggles, no one loses sight of the way the sport actually saved them. Amongst them is Kapena Kea, who won everyone’s heart with his amazing skills. So now that we know he’s not with Navarro anymore, let’s find out what he has been up to these days, shall we?

Originally from Hawaii, Kapena Kea was a high school junior when a friend invited him to watch a cheerleading competition, which spiked his interest to such an extent that he decided to start training as well. After all, the sheer skill and athleticism of the sport not only impressed him but also drove him to achieve the same, helping him make the Radford High Cheer Team in his senior year.

From there, determined to be the best possible cheerleader he could be, Kapena gradually mastered his moves and set his sights on Navarro College in Corsicana, Texas, to further his craft. Unfortunately, the Kinesiology student and cheer athlete got into a really dark place during his first year, leading him to make poor decisions that even resulted in him spending a night in jail.

Kapena was subsequently booted from the team owing to Coach Monica Aldama’s zero-tolerance policy, and that’s when his “mental health crashed.” Kapena thus attempted to take his own life (as mentioned on the show), only to get a second chance in every sense of the word and realize that he still had support. He ultimately became a Student Assistant Coach, yet once a homecoming party at his place involved both students and alcohol, Kapena had to leave that post as well.

Where is Kapena Kea Now?

Kapena Kea earned his Associate’s Degree from Navarro in 2019. Despite his plans to go to an acting school in California, he returned for his fourth year because the coaches had asked him to stay and help out. That was before he self-admittedly “messed up” by not being able to control the situation or doing better to keep the athletes away from the alcohol at his house. Therefore, today, although Kapena is still close to Monica and the cheer industry, he has moved on to start a new chapter of his life in Los Angeles, California.

From what we can tell, Kapena is a choreographer, dancer, and aspiring actor in the City of Angels. In an interview with Honolulu Star-Advertiser, Kapena admitted that one day, he also wants “to open an All-Star gym in Hawaii just to get cheerleading from Hawaii on the map. There are a couple of programs here, but I feel like with the credentials that I have and the experience that I have that I could definitely put Hawaii on the map.” That’s in the future, though, because the artist currently seems to be focusing solely upon expanding his own career by undertaking the different opportunities that come his way.