Where is Chef Alan Bergo Now? 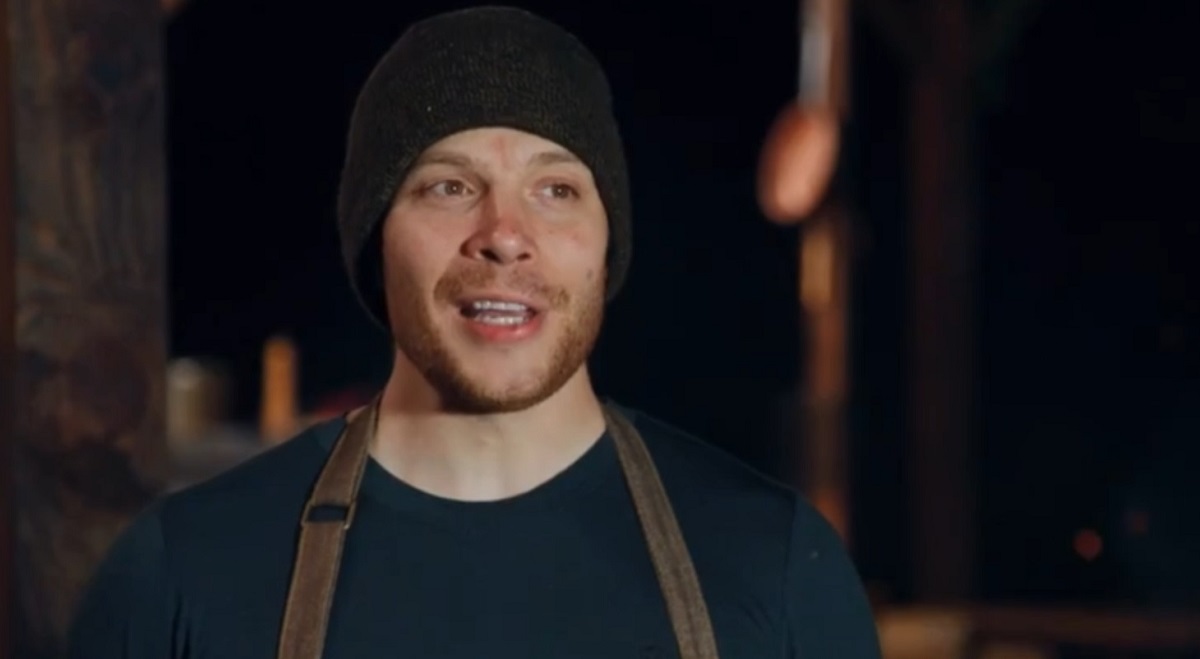 Hulu’s ‘Chefs vs. Wild‘ is a unique blend of cooking and survival that will keep viewers entertained. Each episode of the reality show asks two culinary experts to cook a delicious 5-star worthy 3-course meal. However, the only ingredients they can use are those they have foraged from the wild in the allotted time before the cook-off. With their foraging partner/sous chef, the contestants must maximize their time in the forests to create some of the most mouthwatering dishes the judges have ever tasted.

The show’s premiere season featured some of the most talented chefs worldwide. One such name is Alan Bergo, whose reputation as a chef and a forager increased thanks to his appearance in the series. His performance on the show helped him garner many fans and has left the fans intrigued about what the ‘Chefs vs. Wild’ star is up to these days. If you, too, are curious about the same, then we have just the information you need!

Episode 2 of the first season of ‘Chefs vs. Wild’ saw Alan Bergo arrive on the show. After working as a chef in some of the biggest award-winning restaurants in the US, he left the culinary industry behind and combined his passion for cooking, nature, and writing. Entering the wild terrains of Hardy Island, British Columbia, Alan had a set vision in his mind regarding what he wanted, thanks to his experience as a forager. On his journey in the wild, Alan was accompanied by Baha Mahmutov, a survival expert who grew up in Kyrgyzstan. 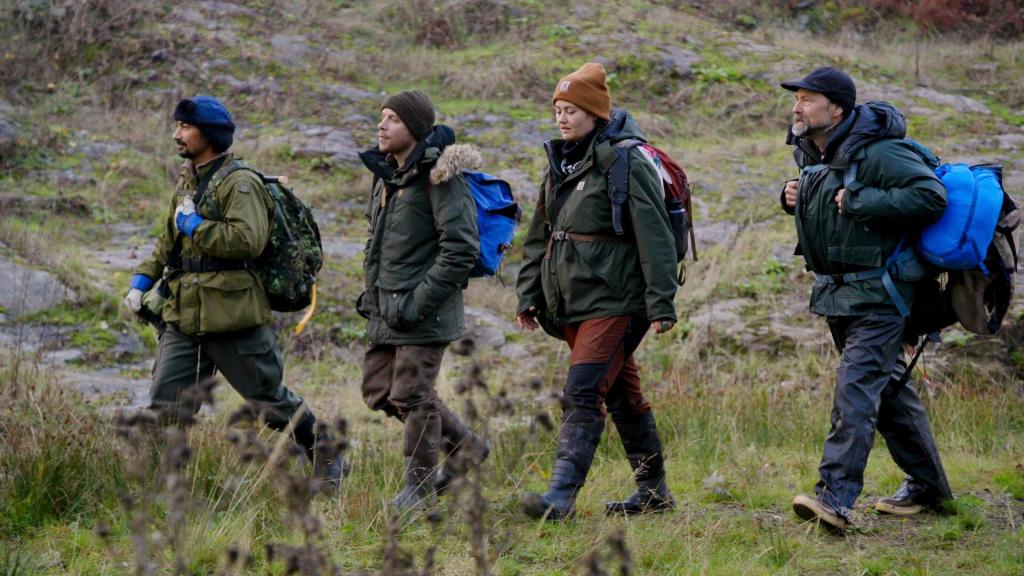 With just 96 hours on the clock, Alan and Baha were ready to find and harvest the best of what nature had to offer. Within the first few hours, the duo found thistle roots and huckleberries, yet the chef’s main goal was to find matsutake mushrooms, and he would not readily settle for a simpler alternative. Alan even gave up on milkcap mushrooms when Baha came across them. Later in the wild, they discovered angel wing mushrooms, but the former refused to harvest them as well.

Baha was worried that Alan had high expectations, yet the chef was firm that he would only use matsutakes or chanterelles. The duo did have a minor scare during one of the nights when the fern they had put above their fire burned down due to the embers, but everything else was safe. After midway through their adventure in the wild, Baha and Alan decided to head toward the coast during low tide in search of some delicious seawater creatures.

This allowed the duo to harvest plenty of Pacific oysters and shore crabs, and they came across stinging nettles, which Alan was pretty happy about. Towards the end, he finally found what he was looking for – golden chanterelles. Pleased with what he and Baha had procured, Alan was ready to cook with his findings and the elk ribs provided to him and his competitor, Nico Albert. 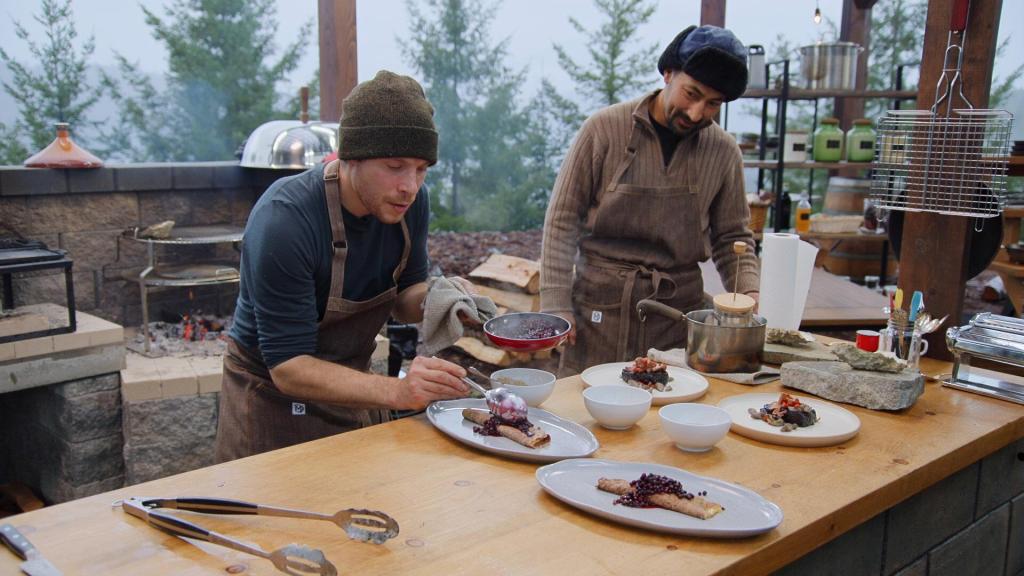 The culinary expert had four hours to cook his meal with Baha as his sous-chef. Their appetizer was Wild Oyster Rockefeller, which was essentially cooked oyster and nettle and shore crab butter. For entrée, Alan served braised elk ribs with a wild forest medley of cooked thistle roots and chanterelles. The 3-course meal finished with a delicious acorn flour crepe with huckleberries as dessert. Though the decision was difficult, judges Kiran Jethwa and Valerie Segrest ultimately declared Alan, the winner.

Where is Alan Bergo Now?

Presently, Alan is pretty happy with his life as a chef, writer, and forager. His first book, ‘The Forager Chef’s Book of Flora,’ was released in 2021 and has been praised by many for its contents. It was even featured in Food Tank’s list of Food Justice and Sustainability books. Apart from the Hulu show, the culinary expert can be seen in the series ‘Field, Forest, Feast,’ AKA ‘The Wild Harvest,’ which won two Taste Awards and a James Beard Award in 2022. Alan could not be happier that the show he and Jesse Roesler worked so hard for gained many accolades.

The chef recently attended the Midwest Wild Harvest Festival 2022 and enjoyed his time there. During his downtime, Alan likes to spend time in nature and hopefully collect some delicious food items to be used later. He, along with Daniel Vitalis, is also the host of ‘Wild Fed Podcast,’ which focuses on food in the wild. We wish Alan the very best for his future ventures and hope he has a wonderful life ahead.