Where is Come Dance With Me Filmed? 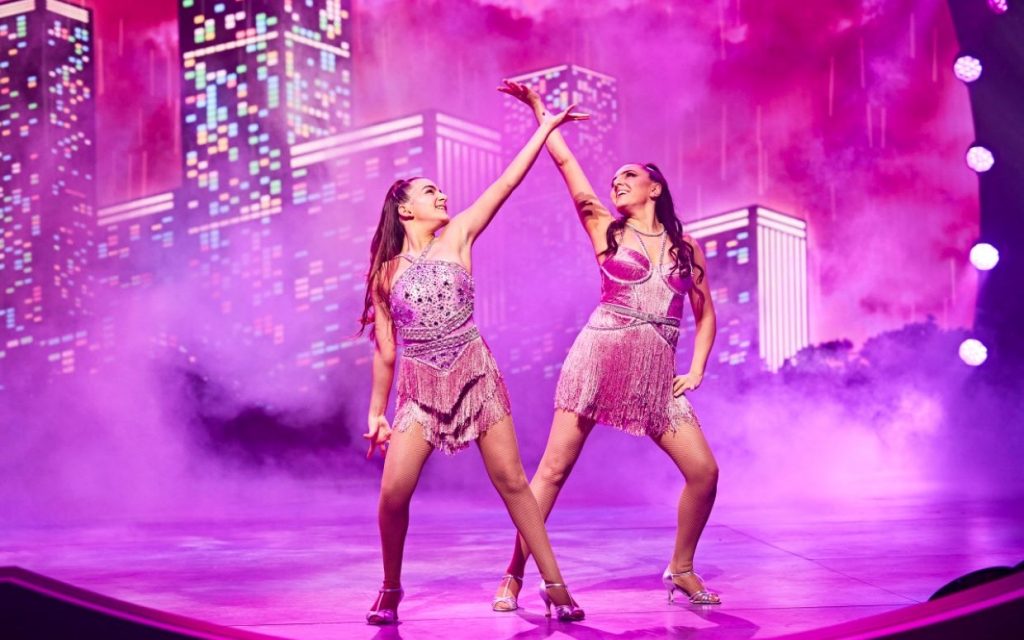 Hosted by Grammy-winning songwriter Philip Lawrence, ‘Come Dance With Me’ is a dance reality show by CBS that all age groups can enjoy. The unique dance competition features talented young dancers from across the country. The participants are partnered with their family members with no background in dancing. The duos are helped by professional choreographers in order to perform beautiful dance routines and win the grand prize of $100,000. The performances are judged by the trio of Jenna Dewan, Dexter Mayfield, and Tricia Miranda.

The series presents heartwarming family dynamics and splendid performances. The family members accompanying the kids in the competition give their level best to support the young talents. The competition is held on a beautiful set that provides the perfect stage for the performers to impress their audience. If you are curious to know where the show is filmed and maybe get a chance to be a part of the live audience, here is all you need to know!

Come Dance With Me Filming Locations

‘Come Dance With Me’ is filmed in Melbourne, in the Australian state of Victoria. As per reports, filming started in late May 2021 and seemingly lasted until July 2021. So, let’s take a deep dive into the specifics of the filming location!

Located in the Australian state of Victoria, Melbourne serves as the live location for ‘Come Dance With Me.’ The invitation to be a part of the studio audience was extended publically at no cost. Fans could come to Docklands Studios Melbourne to be a part of the cheering crowd. The city’s largest film and television studio complex is located at 476 Docklands Drive, Docklands. The participants and the crew also enjoyed their inter-continental trip and were thankful to the people of Melbourne for their support.

Melbourne is often called the cultural capital of Australia and is a well-known tourist spot. Moreover, the city is popular among filmmakers who often use it as the setting or backdrop for their projects. Some notable productions shot in the capital of Victoria are ‘Clickbait‘ and ‘Blacklight.’

The show was initially meant to be produced in Los Angeles, California, but the city was under heavy restrictions when it came to large gatherings. The producers wanted the dance series to be filmed with a live audience in order to make the show as authentic as possible and provide the right setup. Hence, Melbourne was chosen because of the minimal restrictions in the coastal city at the time. It was faring better than many places across the globe, which meant that most of the protocols were relaxed. Due to these reasons, the show enjoyed an enthusiastic group that was more than eager to cheer for the dancing duos.

Read More: Where Is Dancing with the Stars Season 30 Filmed?