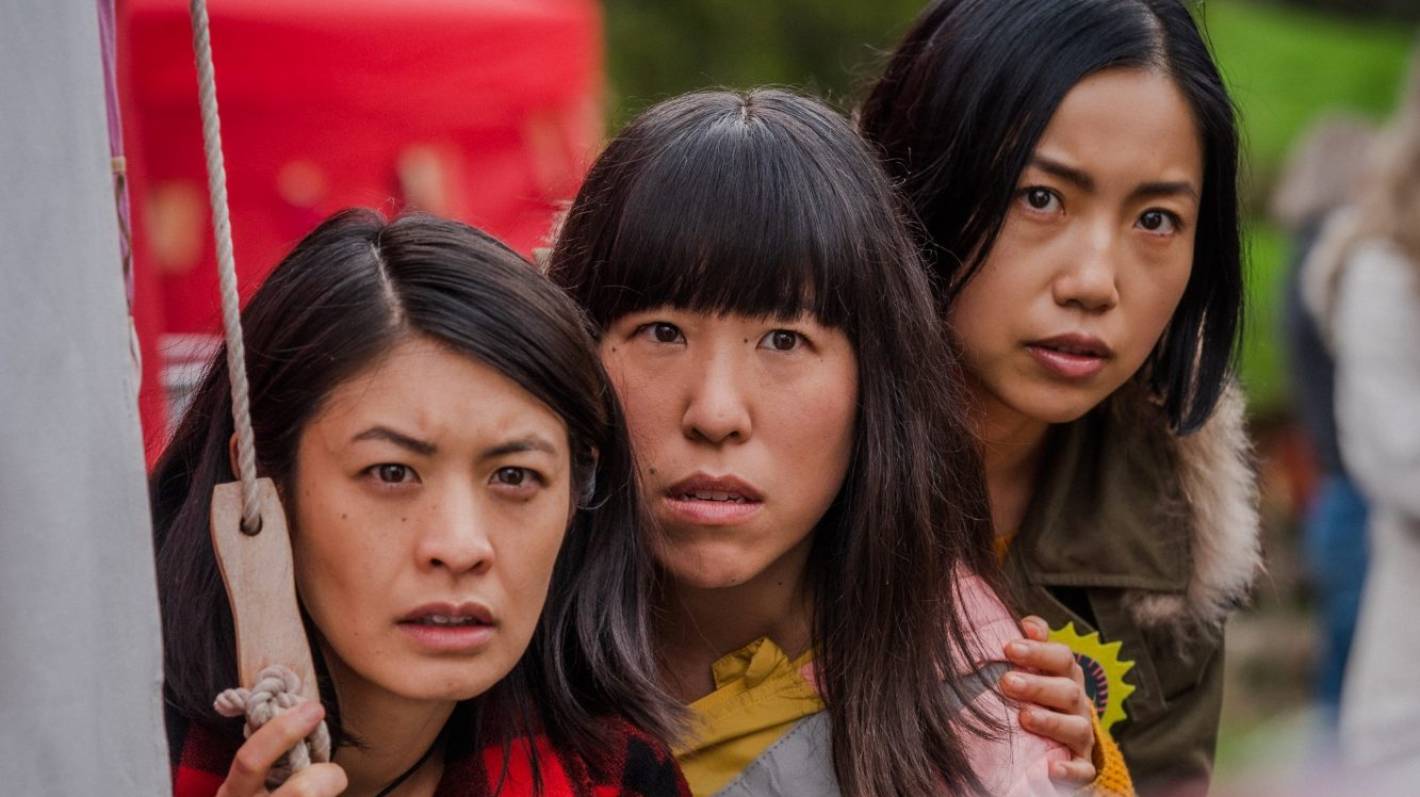 ‘Creamerie’ is a dystopian sci-fi black comedy series set 8 years after a devastating pandemic that presumably wiped out the world’s male population. Even the male children are affected by the outbreak and no longer survive the birth. In Hiro Valley, dairy farmer Jaime (J.J. Fong) lives with her sister-in-law Alex (Ally Xue) and friend Pip (Perlina Lau). They are part of a post-apocalyptic society called Wellness. Despite appearing as a progressive feminist community, Wellness is actually a proto-fascist authoritarian regime that brutally punishes any dissident.

The Wellness regime heavily regulates what has become the most precious commodity — human sperms. The women’s lives change forever after encountering Bobby (Jay Ryan), the first man they have seen in years. Set in New Zealand, ‘Creamerie’ is a beautiful show for its limited budget. Xue, Fong, and Lau created the series along with Roseanne Liang, who also serves as the director. If you are wondering whether the series was filmed on location or elsewhere, we got you covered.

‘Creamerie’ is filmed in and around Auckland, New Zealand. The first season was shot in stages due to the COVID-19 pandemic and the related restrictions. The show creators originally came up with the idea for the series in 2018 while watching ‘The Handmaid’s Tale‘ and Donald Trump’s presidency unfold. Season 1 was in pre-production in 2020 when the lockdown in New Zealand began for the real-world outbreak. Fortunately, the country’s fast and decisive actions regarding the pandemic allowed it to reopen itself earlier than most other countries.

As a result, filming for ‘Creamerie’ reportedly began in June 2020. However, the production was shut down six weeks later when the second lockdown came into effect. According to Lau, when the cast and crew returned to complete production again, things had become “surreal” due to the implementation of COVID guidelines, usage of masks, and social distancing. Filming for ‘Creamerie’ season 1 concluded in September 2020. Let’s look at specific locations in detail.

Liang and the rest of the crew and cast filmed ‘Creamerie’ season 1 in and around Auckland, the most populous city in New Zealand. Located in North Island, Auckland has emerged as a popular filming destination because of its natural and artificial beauty, diverse population, state-of-the-art infrastructure, and highly-efficient workforce. Projects like ‘Spartacus,’ ‘The Piano,’ and ‘Mulan‘ (2020) were also filmed in the City of Sails.

The show creators wanted to demonstrate the diversity of Auckland, where they all reside, through the cast and crew of ‘Creamerie.’ “We live in Auckland,” Lau stated in an interview. “We wanted to create a show that reflects where we live and what we see around us. It’s (diversity) not just on screen. It’s also behind the cameras, in the writers’ room. It’s across all the areas because if you have diversity in the crew and you have diversity in the writers’ room, that’s how you get different ideas.” A few scenes were also shot in the city of Waitakere, located in the northwestern part of Auckland.