Where Is Dior Johnson Today? 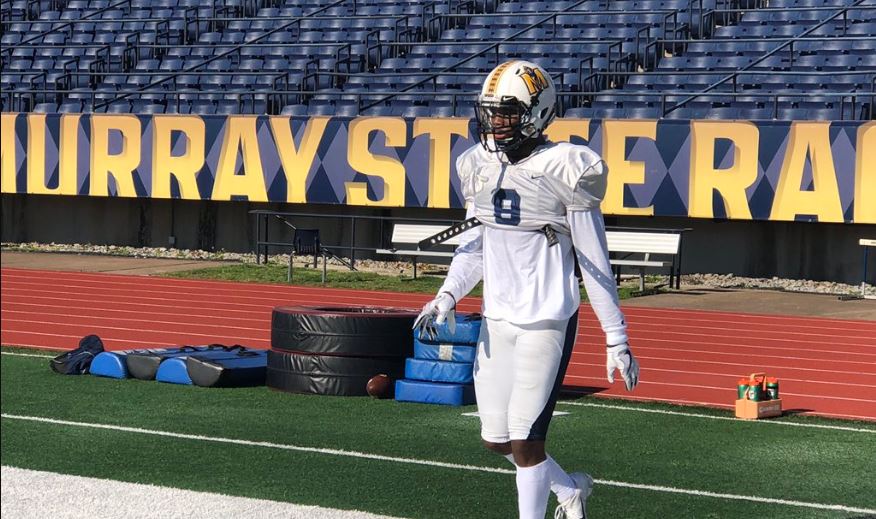 Netflix’s ‘Last Chance U‘ is a marvelous sports documentary series that focuses on the players of the game just as much as it does on the game itself. So much so, that even non-football buffs and enthusiasts can enjoy it without worrying about not understanding the technicalities of it. Created by Greg Whitley, the series explores the football programs at community colleges and features several underdog collegiate athletes that have troubled pasts or have struggled with finding permanent structure or safety in their lives.

The first two seasons focused on all aspects of the football program at East Mississippi Community College, one of the most successful JUCO programs in the country, but for the next two, Netflix traveled all the way to Independence, Kansas, a small town, to delve into the world of Independence Community College. There, we were introduced to Coach Jason Brown and his football team, within which, one of the players was Dior Johnson.

Who Is Dior Johnson?

Dior Johnson is a native of Detroit, Michigan, where he attended Southfield High School and had a stellar football career. The three-year starter player recorded 79 tackles and six pass breakups as a senior. He also caught the winning touchdown pass in the Division 2 regional championship and was named in the AP Division 1-2 All-State First Team and Detroit Free Press Dream Team. Therefore, it was no surprise that nearing his graduation, he received offers from Bowling Green, Akron, Ball State, Wake Fores, and Minnesota. Ultimately, though, Dior Johnson decided to pursue college football at the University of Minnesota.

When I hit rock bottom & society tried to turn me into something I wasn’t, I got a call from coach Brown & coach Martin who gave me the opportunity to keep my dream alive when others looked the other way. Been coached tough all my life & @INDYHEADCOACH1 the perfect example of it pic.twitter.com/ulbsvNHknt

Unfortunately, Dior, along with a few other football players, were recommended for expulsion by the University of Minnesota because of their alleged involvement in a sexual-misconduct investigation in September 2016. Even though he was not charged in the case, he was expelled, and thus, decided to start afresh at a junior college, at Independence Community College. When he joined the team, he performed so well that he was played in every single game. Hence, he helped ICC win its bowl game by a 10-point margin and end the season with a 9-2 record. So, by late 2017, he had signed with a Division 1 school.

Where Is Dior Johnson Now?

After his one year stint at ICC, Dior got an offer from Murray State University in Kentucky that he just couldn’t refuse. Therefore, in 2018, he transferred there and spent his final years as a collegiate athlete playing for the Murray State Racers. In 2018, he played in all 11 games and accumulated 28 tackles, one forced fumble, and five pass breakups. And so, as a senior, of course, he was selected for the 2019 roster as well- playing at the position of Defensive Back.

He recently graduated, so who knows what the future holds for him, especially in this uncertain time, but one thing is for sure, Dior wants to play for as long as he can. And, since he played in the College Gridiron Showcase this year, it seems like he’s going to have a lot of opportunities to play at a higher level.

Read More: Where Are Last Chance U Season 3 and 4 Cast Members Today?