Where is Elle From Too Hot to Handle Now? 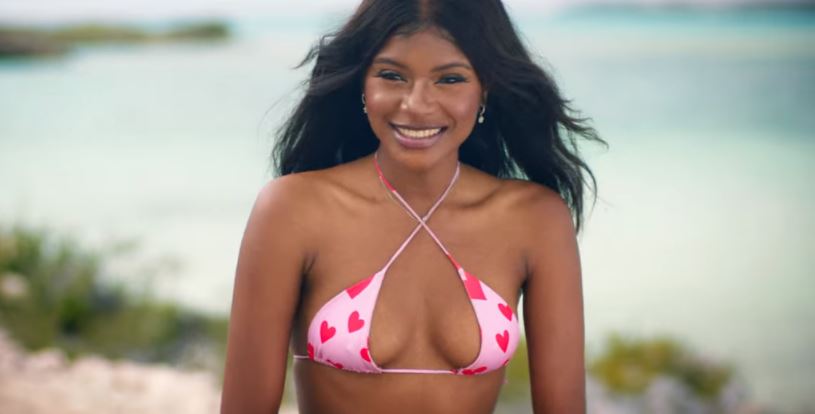 Created by Laura Gibson and Charlie Bennett, Netflix’s ‘Too Hot to Handle‘ is a reality dating series wherein a group of absurdly attractive and sexual singles faces a $100,000 celibacy challenge like no other. In simple words, to win the massive grand prize, the contestants must refrain from physical intimacy and forge relationships through emotional communication alone. As season two has finally premiered, though, we’ve seen that this is much easier said than done. However, there were some players, like Elle, who never once broke the rules. So, let’s find out more about her, shall we?

Elle Monae from Washington is a bombshell who entered this series in the middle of the season and immediately showed that she’s simply a girl who loves to have fun with like-minded individuals. Not one to shy away from a situation, whether it’s in her personal life or professional, she’s a go-getter in every single way. “If I see a guy I want,” Elle declared while introducing herself to the world for the very first time, “no girl is going to get in my way because Elle does what she wants.” She continued, “We’re here to mix and mingle, so, like, let’s do that.” And that’s what she did with Nathan.

Elle’s simple statement at the beginning of her journey — “I’d rather beg for forgiveness than ask for permission” — spoke volumes concerning what she thought of the rules enforced on everyone, yet she didn’t break them. She and Nathan formed a little connection during their solo date, but once she realized that it was more friendly than anything else, she didn’t waste her time pursuing it just for the sake of it. Instead, Elle focused on herself, let go of her fears, and came out the other side single but stronger than ever. She’s no longer bound to her guards or using others for confidence.

Where is Elle Now?

If Elle had more time on the program like others, we bet that she would’ve shown even more progress. Despite that, however, the fact that she never pushed for frivolous relationships meant that she conceded to the purpose of the retreat and didn’t mind utilizing the occasion to release the burdens holding her down in the outside world. With that, from what we can tell, it seems like Elle is currently doing exceptionally well for herself. As a health and beauty influencer, she has a strong social media presence on TikTok and Instagram, along with a relatively successful YouTube channel.

Moreover, Elle Monae owns and operates the Star X Crossed brand, where she trades in zodiac sign-related accessories, including shorts, necklaces, hoodies, t-shirts, and more. As if all this wasn’t enough, it appears as if she’s an aspiring model as well. Most of her recent Instagram posts contain the hashtags “model” and “modeling,” but it looks like she’s not signed with a talent agency as of yet. Though, with her debut on Netflix, that might just change very soon. Elle seems perfectly content right now, so we, for one, can’t wait to see what she’ll do next in her career and otherwise.

Read More: Where is Joey From Too Hot to Handle Now?