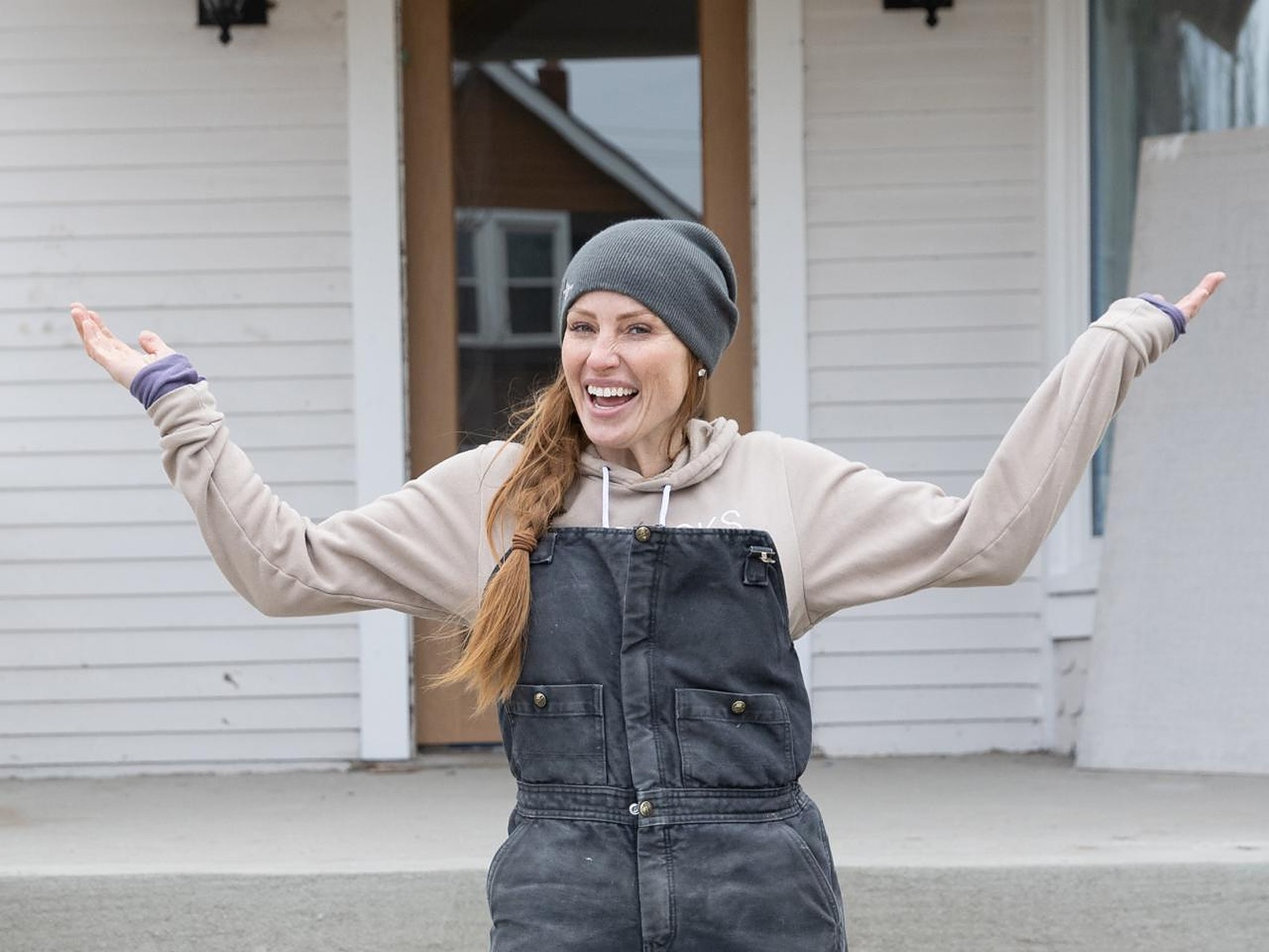 The spin-off of ‘Good Bones,’ HGTV’s ‘Good Bones: Risky Business’ is a home improvement show that follows Mina Starsiak Hawk as she takes on the most challenging and riskiest renovation project of her career. As she transforms an 1800s Victorian home into a bed and breakfast and event center, you get to witness her working on a particular room or part of the property every episode. Given the enormous size and potential of the mansion, the risk involved with the project is just as huge, and she is well aware of it.

Before rolling up her sleeves to begin the project, Mina strategizes how to manage the expensive renovation while staying within the budget. By transforming the property, she seeks to make it a legacy not just for her business but also for her family and the community. In general, fans of the original show or home improvement shows are bound to get hooked on the series as Mina works her magic. Moreover, the backdrop of the ancient Victorian property is likely to make one wonder about the actual location of the house and where the show is taped. Well, in that case, you might be interested in what we have to share!

‘Good Bones: Risky Business’ is filmed in Indiana, specifically in Indianapolis. Much like the original show, Mina Starsiak and the rest of the filming unit stick to Indiana as she takes on some of her biggest professional challenges. Located in the Midwestern United States, Indiana is one of the eight states that make up the Great Lakes Region. It is known to have a diverse economy, with manufacturing as a primary contributing source. Now, let’s get to know all about the specific locations that appear in the home improvement show!

All the pivotal sequences for ‘Good Bones: Risky Business’ are lensed in Indianapolis, the state capital and most populous city of Indiana. Specifically, for the inaugural iteration, Mina works on transforming the historic 6,000-square-foot Sanders House at 929 Sanders Street in the Fountain Square neighborhood. Despite its historical significance, the property has been the eyesore of its neighborhood for decades, frequented by squatters. Thus, the mansion presented itself as an exciting and challenging endeavor for Mina, which she couldn’t pass up.

During the shooting schedule, a cameraman lives at Mina’s home to record every move, reaction and muttered curse. Since only one property is the sole focus of a particular season, the production team gets more time to focus on even the most minor details or issues, giving the viewers an in-depth overview of the renovation project in question. Besides this HGTV show, Indianapolis has been a prominent filming location for several movies and TV shows, such as ‘Eagle Eye,’ ‘Forget Paris,’ ‘Super Size Me,’ and ‘Close to Home.’