Netflix’s ‘Iron Chef: Mexico’ is a spinoff of the original ‘Iron Chef’ reality series that welcomes chefs from Mexico to show their cooking skills. The challenger chefs and their team must compete against one of the show’s seasoned culinary experts, known as Iron Chefs, and rack up as many points as possible. The challenger chef with the most points out of all the ones featured in the season gets to compete against all three Iron Chefs at once in the finale. Only by beating them can the challenger chef lay claim to the Mythical Katana.

Season 1 of the cooking series featured many talented cooks who wanted to compete against the Iron Chefs. However, Claudette Zepeda came out at the top of her fellow challengers and entered the finale thanks to her vision and expertise. Naturally, many are curious to know what the culinary expert is up to these days, and we are here to answer the same!

Claudette Zepeda is not new to the ‘Iron Chef’ franchise as she was also a part of ‘Iron Chef: Quest for an Iron Legend.’ The challenger chef showcased her culinary skills and connection to Mexican cuisine during her time on the show. Hence, her appearance on ‘Iron Chef: Mexico’ has undoubtedly made her fans quite happy. When asked which Iron Chef she wanted to compete against, Claudette chose Francisco Ruano. Her decision was based on the fact that both of them hail from Guadalajara, Mexico, and have similar cooking styles. 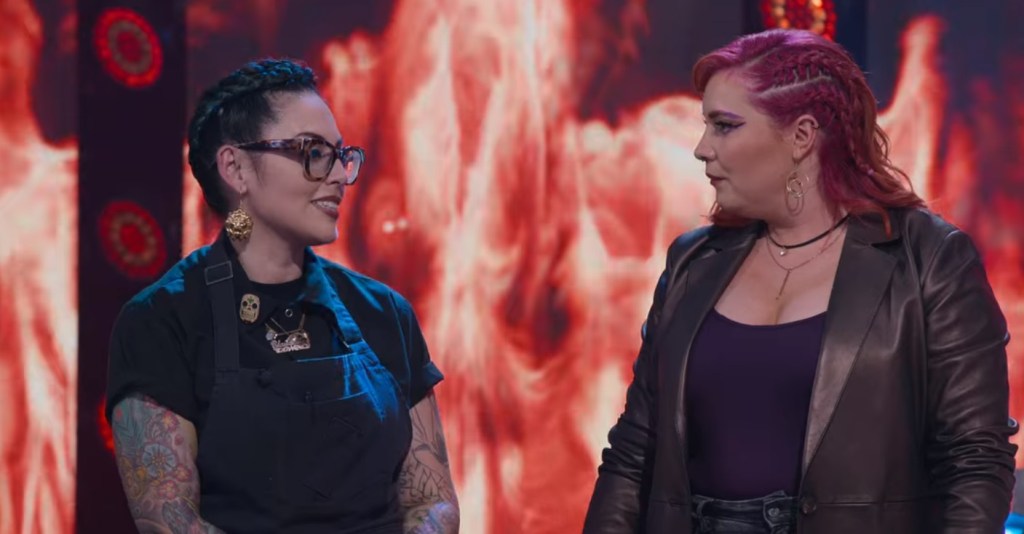 The two culinary experts were asked to cook with jackfruit and could not use animal protein in their dishes. At the 20-minute mark, both presented their first dishes to the judges, leading Claudette to an early lead. The judges were pretty impressed with both cooks during the final tastings, given their harmonious dishes. In the end, Claudette beat Ruano by three points and was at the top of the chart with a total of 95 points, which allowed her to enter the finals.

During the season finale, Claudette faced all the three Iron Chefs who worked together for the challenge. In the 75 minutes given to them, the competitors had to use tropical gar in their dishes that had to be themed around the Day of the Dead celebrations. After tasting the initial dishes by the two teams, the judges gave them equal points.

Amid the cooking challenge, the cooks were introduced to their second secret ingredient, coconuts, which they had to incorporate into their final dish. When the time came to taste the last four items, both teams performed admirably. The challenge ended with a tie at 90 points, which unfortunately meant that Claudette could claim the title of the winner. If you want to know about her current whereabouts, we have your back!

Where is Claudette Zepeda Now?

Presently, Claudette Zepeda is based in San Diego, California, and works as Consulting Chef for VAGA Restaurant & Bar, located in San Diego’s North County. She mainly focuses on the creative side of the work and likes to incorporate a taste of her hometown into the restaurant’s menu. Moreover, Claudette is the owner of Taqueria Zepeda, a small taco shop in Sydney, Australia. The Mexican-American chef hopes to provide simple but authentic tacos to her customers through the shop.

In addition, Claudette runs We Are Chispa Hospitality, a worldwide multi-concept hospitality group that allows descendants of immigrant children to leave their impact on the worldwide culinary industry. In her downtime, she likes spending time with her two children, a son and a daughter, who she has raised by herself. The culinary expert is also quite content with spending time with her family and friends whenever possible. We wish Claudia the best in her life and hope she succeeds further in her future ventures.