Where is Kevin Wenstob From Big Timber Now?

Set on Vancouver Island, ‘Big Timber’ follows Wenstob Timber Resources, a family business that mainly operates from a sawmill. As one of the last operational sawmills in the area, the Wenstob family and the rest of the employees try their hardest to get quality material from natural sources and sustain their livelihood. Throughout their logging journey, the Wenstobs face several obstacles that they try their best to overcome. Apart from the intriguing business, the show also attracts viewers thanks to the charming personalities the audience gets to see as a part of the reality series.

Perhaps the most important face on the show is none other than Kevin Wenstob, the patriarch of the Wenstob family. As the owner and frontrunner of Wenstob Timber Resources, Kevin has a lot of responsibilities on his shoulders as he tries to keep the company standing. Another major point of admiration when it comes to the seasoned professional is his years of experience and how that translates into his day-to-day workings. Many of his admirers are curious to know more about Kevin and what he is up to these days. Well, here’s what we know about the man!

Kevin Wenstob started his logging business when he and his wife, Sarah Fleming, were in their 20s. Interestingly, Sarah used to be an operating room nurse and didn’t join the family business until about 17 years ago. Wenstob Timber Resources takes claims from the government and clear out a designated area in order to sell the timber. As the show progresses, the process of logging and the sawmill’s operations are explained in detail by Kevin and others. Through the show, the Wenstobs, one of the last standing loggers in the area, are able to spread more knowledge and awareness about their work. 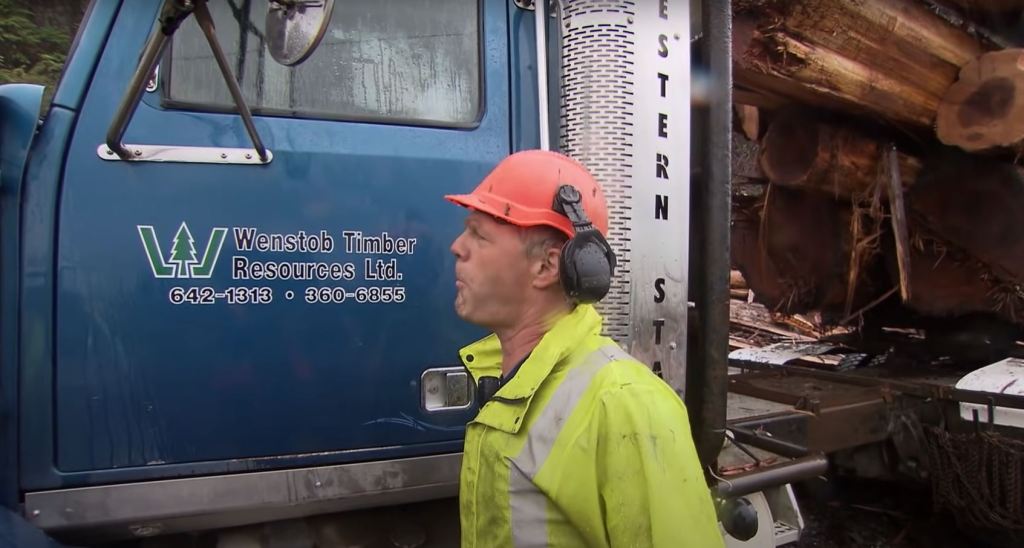 During the first season, Kevin found himself in murky waters due to his inability to completely clear off an area designated by the government of British Columbia. The area by the Alberni Canal was home to several large and old cedar trees. These fell under the category of legacy trees that should not be cut down and are instead to be preserved. However, when Kevin had notified the officials about the to-be-preserved trees, the response was delayed, leading to the Wenstobs missing the deadline. As a result, Kevin found himself facing the possibility of paying the government 1 million dollars.

The penalty was levied by British Columbia’s Ministry of Forests, Lands, and Natural Resources. In season 2, fans of the show saw the struggles that the Wenstobs had to go through in order to first reach their new claim. Given that the area was higher on the mountain, the snow had not cleared up in time, stopping Kevin and others from reaching the area they were supposed to log. Kevin and the team tried their hardest to ensure they had enough wood to pay the million-dollar penalty if needed.

Where is Kevin Wenstob Now?

Kevin Wenstob seems to be reaping the benefits of his presence on the reality series. While his company is celebrating another season of ‘Big Timber’ on Netflix, Kevin is over the moon from the exposure that he has gained through the show. Both he and Sarah were quite happy when season 1 of the led to a significant increase in orders from across the globe. The couple is surely hoping that the second season will further increase their reach.

As of writing, the legal issue that Kevin was facing during the production of season 1 does not seem to have been resolved. “It’s an ongoing situation,” Kevin told Business Examiner in October of 2021. “There were no allowances for finding the legacy trees on the plot, and no time was added to the contract for them. We didn’t get it harvested according to the contract because of it, and the Minister denied our explanation… then we were given a stumpage bill for product we weren’t able to harvest.” We hope that the Wenstobs are able to resolve the situation and make a comeback for another season of ‘Big Timber.’

Read More: Where is Erik Wenstob From Big Timber Now?