Where is Last Light Filmed? 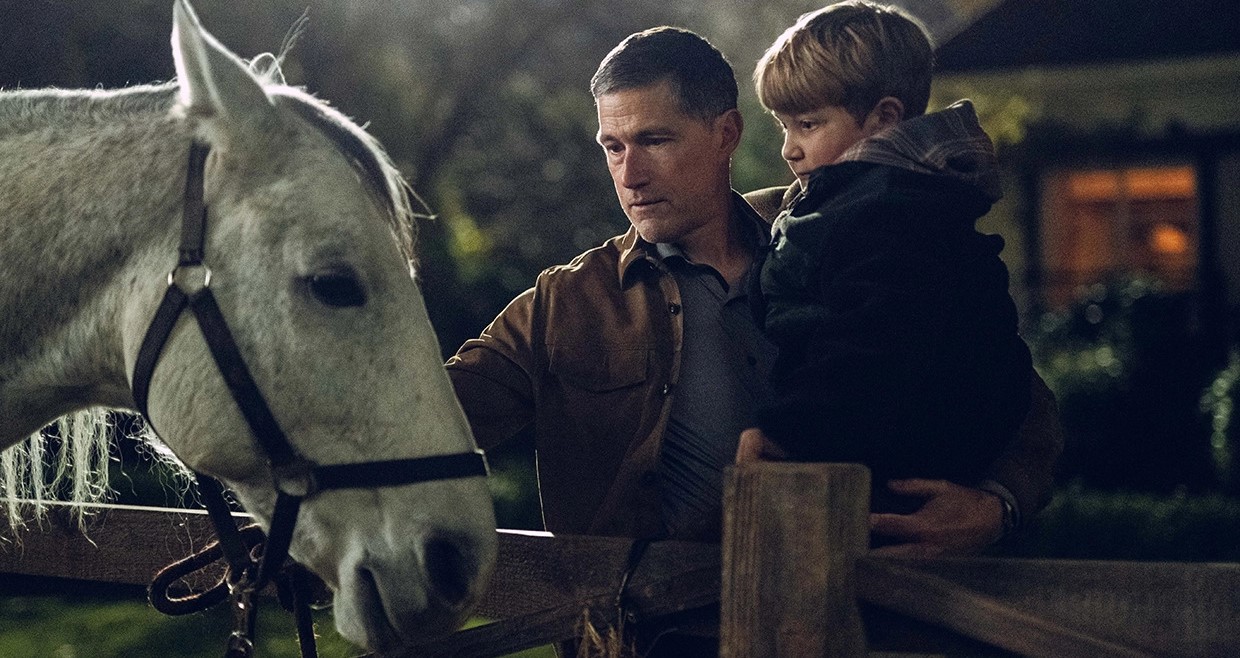 Based on Alex Scarrow’s 2007 international best-selling eponymous novel, Peacock’s ‘Last Light’ is a thriller drama series that follows a petro-chemist named Andy Yeats, who is well aware of how much importance oil holds in the world. He knows that if the oil supply were to stop suddenly, it would be the beginning of a dangerous chain reaction where transportation is forced to halt, supplies are not delivered, and consequently, law enforcement is overwhelmed. When he visits the Middle East, his worst fears become a reality as the world’s oil supplies are cut off.

Now, among all the chaos, Andy must do everything he can to return to his family, which is scattered across Europe — his daughter, Laura, is home alone in London, while his wife, Elena, and son, Sam, are in Paris. The suspenseful and thrilling narrative keeps the viewers on the edge of their seats as they are eager to find out if Andy reunites with his family or not. Another thing that might keep you wondering is the different locations that appear throughout the thriller series. Well, in that case, allow us to fill you in on all the details about the same!

‘Last Light’ is filmed in Czech Republic, UAE, France, and the United States, particularly in Prague, Nové Město, Modletice, Trmice, Svatý Mikuláš, Tursko, Ejpovice, Emirate of Abu Dhabi, Paris, and Los Angeles. The principal photography for the inaugural iteration of the Matthew Fox-starrer reportedly commenced in September 2021 but halted for a few days when he tested positive for COVID-19. After some delay, finally, the shooting resumed and got wrapped up in January 2022. Now, let’s follow Andy and traverse all the specific locations!

Many pivotal sequences for ‘Last Light’ are lensed in Prague, the capital and largest city in the Czech Republic. The production team utilizes the facilities of the Barrandov Studio at Kříženeckého nám. 322/5 in Prague. It is home to nine different stages, each of which is soundproof and allows direct sound recording. Apart from the stages, it consists of production, make-up, dressing, camera and prop rooms, and catering areas, making it an ideal location for all filming projects.

A few pivotal scenes for season 1 were seemingly taped in the municipal district of Újezd nad Lesy, also known as Prague 21. Moreover, the filming unit supposedly utilizes the premise of the National Gallery Prague at Staroměstské nám. 1 in Staré Město (Old Town) and the National Theatre at Národní 2, as well as neighboring the Ostrovní apartments in Nové Město (New Town).

For shooting additional portions of ‘Last Light,’ the cast and crew set up camp in different municipalities across the Czech Republic. This includes Modletice in the Prague-East District, Trmice in the Ústí nad Labem District, Tursko in the Prague-West District, and Ejpovice in the Rokycany District. Furthermore, the manor house of Kačina at Svatý Mikuláš 51 in Kutná Hora in the Central Bohemian Region serves as a prominent lensing site for the series.

Since a significant amount of the narrative is set in the Middle East, the team ensures to lens many sequences on location in the Emirate of Abu Dhabi, one of the seven emirates that constitute the United Arab Emirates. Most of the desert scenes for the thriller series are possibly recorded in the Abu Dhabi and Al Ain deserts, enhancing the quality and authenticity of the overall narrative. You can spot several iconic landmarks of Abu Dhabi and Al Ain in the exterior and aerial shots of the series.

A few portions of ‘Last Light’ are recorded in Paris, France’s capital and most populous city. Several exterior shots of the city, including the iconic Eiffel Tower, are seemingly shot on location. Moreover, most scenes featuring Elena and Sam in the debut season were taped in the City of Lights.

For shooting purposes, the filming unit of ‘Last Light’ travels to Los Angeles, a major city in Southern California. Also known as the City of Angels, it has ties to the entertainment industry, as it is home to many major movie studios and record labels. Over the years, Los Angeles has served as a pivotal production location for all kinds of movies and TV shows, such as ‘Nope,’ ‘Day Shift,’ ‘She-Hulk: Attorney at Law,’ and ‘House of the Dragon.’