Where Was Netflix’s Day Shift Filmed? 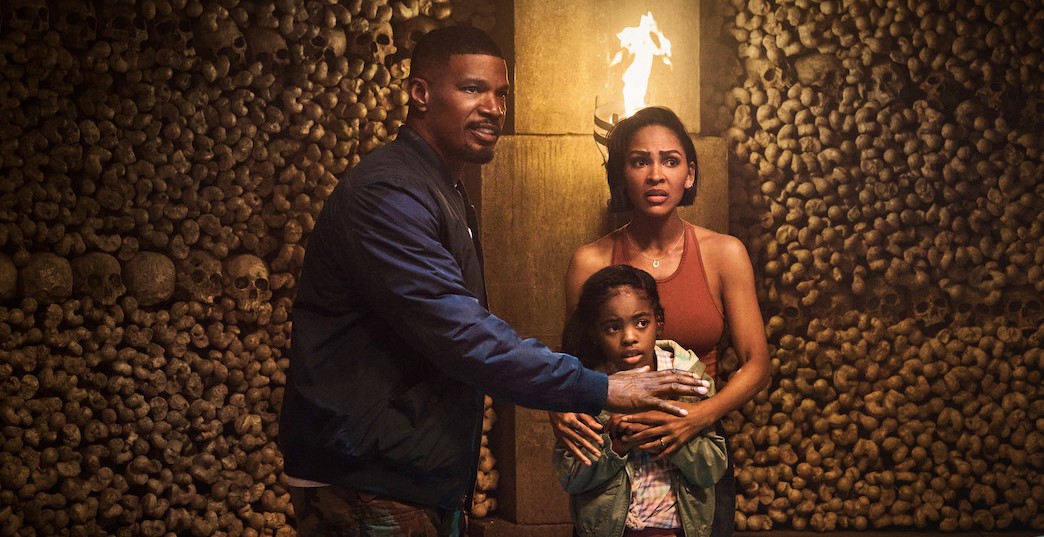 Directed by J. J. Perry, Netflix’s ‘Day Shift’ is a vampire comedy movie that revolves around Bud Jablonski, a father whose only real motive is to provide a good and satisfactory life for his 8-year-old daughter. His seemingly boring pool cleaning profession is nothing but a front for his actual day job: hunting and killing vampires for cash. However, being a part of an international union of vampire hunters is not an easy task; it is just as difficult as it sounds. Thus, Bud could use the assistance of others every once in a while.

The vampire-centered premise consists of action-packed sequences with comedic elements sprinkled throughout the narrative, making it a gripping watch for the viewers. At the same time, the interesting use of different locations in ‘Day Shift’ is bound to make you wonder about its actual filming sites. Well, in that case, you might be interested in what we have to share regarding the same!

‘Day Shift’ was filmed in Georgia and California, specifically in Atlanta Metropolitan Area and Greater Los Angeles. The principal photography for the Jamie Foxx-starrer commenced in early May 2021 and wrapped up in July of the same year. Since most of the story is based in San Fernando Valley, it made sense for the filming unit to shoot many scenes in the nearby City of Angels. Apart from the main cast members, several lookalike stunt doubles were also hired, mainly for the action sequences. Now, let’s follow Bud on his vampire-hunting adventures and navigate the specific locations that appear in the movie, shall we?

For the first portion of the filming schedule, the ‘Day Shift’ team set up camp in the Atlanta Metropolitan Area, Georgia’s most populous metropolitan statistical area. In May 2021, the cast and crew members were spotted lensing several pivotal sequences in and around the North DeKalb Mall at 2050 Lawrenceville Highway in Decatur. But that wasn’t the only mall they utilized, as Gwinnett Place Mall, situated in the Pleasant Hill Road corridor of the city of Duluth, also served as a prominent shooting location for the action comedy movie. A fake marquee resembling a building in 1987 was built outside the mall.

Moreover, as per reports, the filming unit utilized the facilities of the OFS on Jimmy Carter Boulevard in the city of Norcross. Being one of the largest and busiest studios in Metro Atlanta, OFS is a 160-acre movie studio campus that consists of 300,000 square feet of warehouse and sound stage column-free space, a 6-acre backlot area, and one of the largest green screens in the nation. All these features of the facility favored the production of the Netflix movie.

After wrapping up shooting in Metro Atlanta in June 2021, the production team made a stop in Greater Los Angeles, the second-largest metropolitan region in the United States. Several pivotal sequences for the movie were taped in the cities of Glendale and Simi Valley. Moreover, you can spot Circus Liquor, located at 5600 Vineland Avenue in North Hollywood, as well as Tampa Avenue and Devonshire Street in a couple of exterior shots.

In July 2021, Jamie Foxx and the rest of the team were spotted recording some scenes in and around the North Valley Family YMCA at 11336 Corbin Avenue in the neighborhood of Northridge in the San Fernando Valley region. Thanks to its ties to Hollywood, Greater Los Angeles is considered a prominent production location and is frequented by many filmmakers all year round. Apart from ‘Day Shift,’ it has served as a recording site for different kinds of movies and TV shows, including ‘The Addams Family,’ ‘Crash,’ ‘Woman in Gold,’ and ‘The Old Man.’

Read More: Day Shift Soundtrack: Where to Listen to All the Songs?