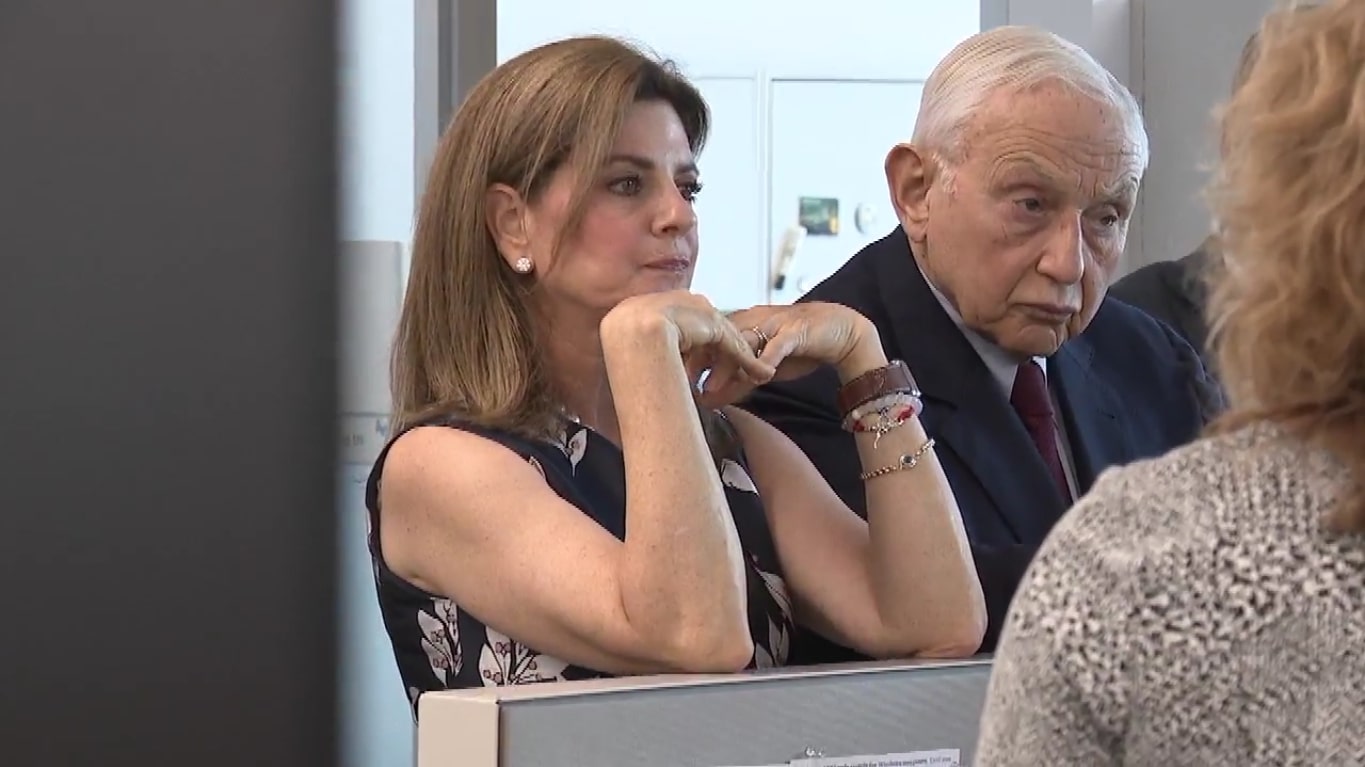 As a three-part documentary series that shines a light upon a lingerie brand like no other, Hulu’s ‘Victoria’s Secret: Angels and Demons’ is as perversely gripping as it is downright astonishing. That’s because it not only explores the history of the enterprise in itself but also delves into the man behind its undeniable international success (and eventual downfall), Leslie “Les” Wexner. From his shady relationship with Jeffrey Epstein to alleged rumors concerning his sexuality to his lasting marriage with Abigail Wexner (née Koppel), every single facet is touched upon here.

It’s unclear precisely how Les met his partner, yet we do know they have an Israeli connection through his philanthropy and her father opening the first El Al Israel Airlines ticket office in New York. The couple thus tied the knot in his home state of Ohio on January 23, 1993, while Abigail was 31, whereas her thriving new husband was 55 — neither of them had been married before. With this said, she was rather successful in her own right considering she graduated from Columbia University’s Barnard College and New York University before practicing law from 1987 to 1992.

However, Abigail is actually most known for supporting Les through thick and thin, as well as founding the abuse or exploitation prevention Columbus Coalition Against Violence in 1998. It hence comes as no surprise that several establishments have commended her work in philanthropy over the years, but it appears as if she and Lex are honestly most proud of their family of four children. So now, if you wish to learn more about this billionaire’s wife’s/earnest humanitarian’s current personal and professional standing, don’t worry; we’ve got the necessary details for you.

Where is Abigail Koppel Wexner Now?

Abigail is reportedly an entirely dedicated community volunteer whose sole aim is to improve the general standards of living, all the while placing a particular focus on children’s issues across the nation. Therefore, apart from being the Chief Executive Officer of a private investment company named Whitebarn Associates, she’s also on the board of multiple organizations at the moment. These include Harvard University’s Center for Public Leadership, Ohio State University, Nationwide Children’s Hospital, The Columbus Downtown Development Corporation, and Pelotonia.

Abigail is an avid horserider and equestrian enthusiast as well, which is why she and Olympic-level equestrian Beezie Madden have “collaborated on producing medals at Olympic and World Equestrian Games, and have provided their team with a string of world class horses,” as per HorseSport. Coming to her current whereabouts, she reportedly continues to reside alongside her husband of almost three decades in New Albany, near their four adult children; Sarah Wexner, Harry Wexner, Hannah Wexner, and David Wexner. Neither Abigail nor Les have been officially connected to any wrongdoing in Jeffrey Epstein’s case.