Where is MasterChef Junior Filmed? 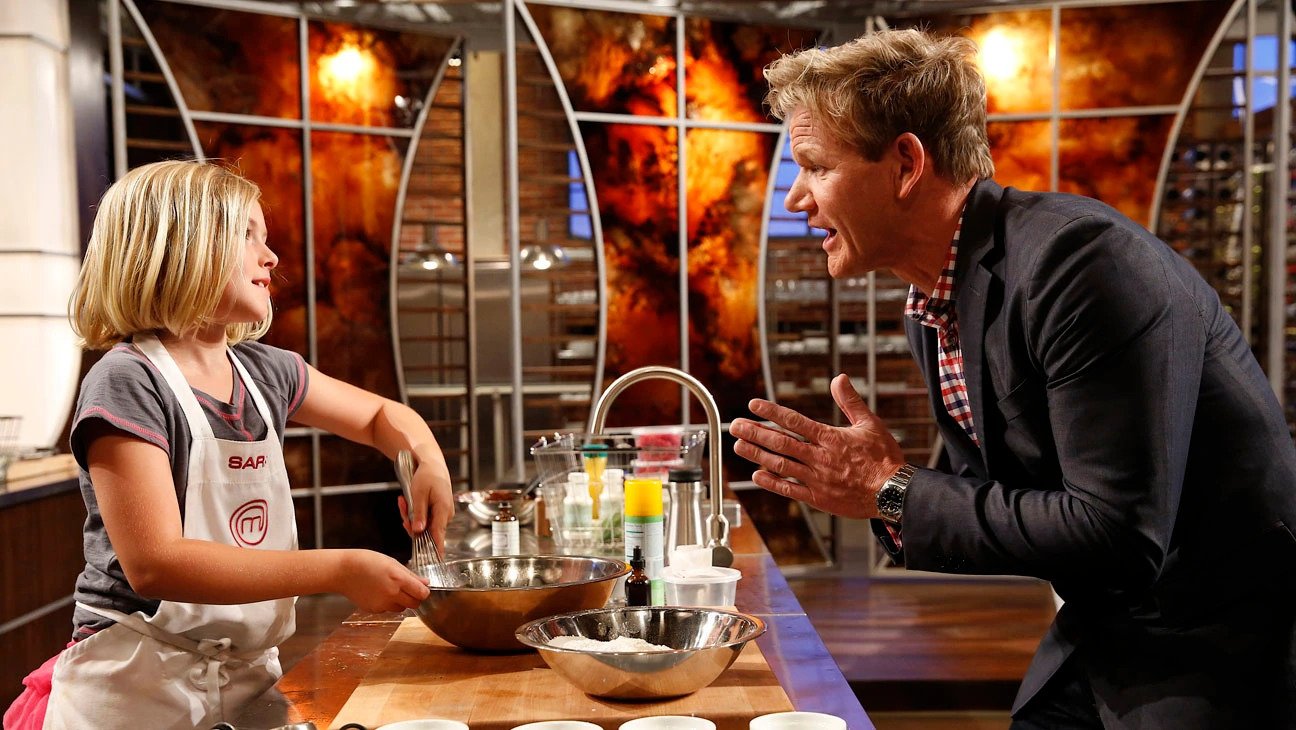 Based on the British format of ‘Junior MasterChef,’ ‘MasterChef Junior‘ is created and developed by the trio of Adeline Ramage Rooney, Robin Ashbrook, and Gordon Ramsay. It is a cooking competition that involves children from the age of 8 to 13 competing against one another to impress the judges with their dishes. It involves the participants going through several tests and challenges such as the Elimination Test, Skills Test, Team Challenge, Mystery Box, and Pressure Test.

This cooking competition is made all the more entertaining by the presence of the renowned chef Gordon Ramsay, famous for ‘Hell’s Kitchen‘ and ‘MasterChef,’ as the host and one of the judges of the show. Alongside him are other judges, including Christina Tosi, Graham Elliot, Joe Bastianich, Aaron Sanchez, and Daphne Oz. Considering the entertaining and interesting format of the show and the fact that it is filmed in a studio facility, many of the fans must be scratching their heads to know where ‘MasterChef Junior’ is shot. Well, here is all the information regarding the same!

A majority of the filming for ‘MasterChef Junior’ is done in San Fernando Valley in California. Locally known as the “Valley,” it is located just north of the Los Angeles Basin and is home to quite a few iconic film studios, including Walt Disney Studios and Warner Bros. Studio. With the availability of several film studios, the urbanized valley makes for a perfect location to shoot an in-studio series such as ‘MasterChef Junior.’ Over the years of this cooking series, the expansive and huge competition space is a constant view in the show, making the fans of the show curious about the specific location. Well, we have all the information to put your curiosities to bed!

The main competition space of ‘MasterChef Junior’ is filmed mostly in an old Costco located in Canoga Park, which is a neighborhood in the San Fernando Valley. The town might be smaller than others, but it is rich in history. The studio facility that doubles as the filming location for the series is located at 21300 Roscoe Boulevard, Canoga Park.

The competition space is where the young contestants lock horns against one another and prepare some delicious and unique dishes for the judges. Apart from ‘MasterChef Junior,’ the same studio has been used for various other cooking shows such as ‘Hell’s Kitchen,’ which again stars Gordon Ramsay as the head chef. Due to this, the production team did not really have to work that hard to set up all the cooking equipment necessary to run and film a show as big as this one.

In an interview with Deadline, Gordon Ramsay opened up about the equipment used in ‘MasterChef Junior’ and the logistical difficulties that the team tends to face during the production. He revealed, “Yeah, the danger. It’s a live kitchen, and that’s the beauty of why this works. I run a culinary Thunderdome, and they’re not plastic knives; they’re the best Japanese knives in the world.”

He added, “The equipment is second-to-none, whether it’s a sous vide machine, or the best stove or hand blender. It’s the real deal, and so no disrespect: One slip of the knife and their fingers could be off. We don’t mess around there. That’s the one area where I’m always anxious—cuts, accidents, temperature controls—so I’m over it like a shark.”

However, over the years, several other locations served as a filming site for the show, including The Walt Disney Studios lot. Located in Burbank, the studio lot contains various sound stages and a backlot that have served as filming locations for many movies and TV shows such as ‘The Prestige‘ and ‘Alias.’ The studio lot doubles up as a warehouse kitchen that is lined with multiple rows of cooking stations for contestants. Apart from this, there is a massive pantry with a stocked inventory of all the necessary food items, a dining room used frequently, and a parlor room right below a balcony that’s hardly ever used.