Where is Netflix’s Alpha Males Filmed? 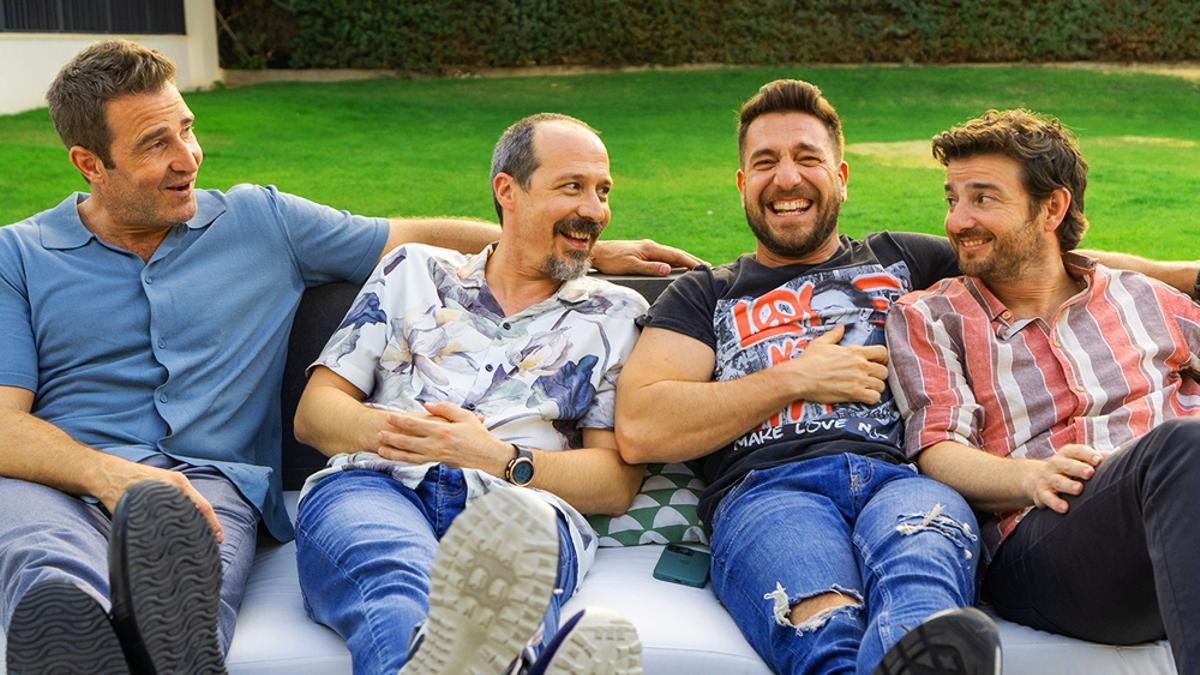 Created by Alberto Caballero, Laura Caballero, Daniel Deorador, and Araceli Álvarez de Sotomayor, Netflix’s ‘Alpha Males’ is a Spanish comedy series that features the story of four friends. Originally titled ‘Machos Alfa,’ it discusses what it means to be a guy in modern culture being held in front of a group of men. Buddies Pedro Aguilar, Luis, Raúl (Raúl Tejón), and Santi (Gorka Otxoa) are attempting to adjust in their haphazard ways to the new world of powerful women, but they all feel a little confused.

The four friends find adapting to the new guidelines and modifications to their typical houses challenging. Moreover, the fun settings and the appropriate locations seen throughout the series reflect the feel-good mood of the narrative. Thus, it is natural for you to be eager to learn about the filming sites of ‘Alpha Males.’ Well, you are in luck because we have all the details regarding the same!

‘Alpha Males’ is filmed entirely in Spain, specifically in Madrid. Principal photography for the inaugural iteration of the series commenced in February 2022 and was wrapped up by the beginning of August of the same year. So, let’s follow the four friends on their adventures to all the locations that appear in the Netflix show.

Almost all the scenes of ‘Alpha Males’ are lensed in Madrid, Spain’s capital and most populous city. The cast and crew seemingly traveled across the metropolis to tape various scenes for season 1 against suitable backdrops. The charming city has a mix of modern and historic architecture, with notable tourist attractions like Plaza Mayor, the Royal Palace of Madrid, Buen Retiro Park, Reina Sofía Museum, and Cibeles Palace and Fountain.

Situated on the River Manzanares in the central part of the Iberian Peninsula, Madrid consists of modern architecture as well as some historic neighborhoods and streets, making it a dynamic production location. The capital of central Spain, it is a city of opulent boulevards and enormous, well-maintained parks like the Buen Retiro. Madrid is recognized for having several collections of European art, including the Prado Museum’s pieces by Spanish artists Goya, Velázquez, and others. The portico-lined Plaza Mayor, the baroque Royal Palace, and the Armory, which feature a collection of antique weapons, are located in the center of ancient Hapsburg Madrid.

The city’s museums and galleries include one of Europe’s best Spanish and Latin American artwork collections. Besides, its many outdoor plazas are home to several Beaux-Arts structures, unusual monuments, and historic theaters from the 18th century. Madrid is a major financial center contributing to art, entertainment, sports, media, education, science, and politics. Furthermore, the Spanish capital has hosted the production of several hit movies and TV shows, like ‘Through My Window,’ ‘Under Her Control,’ and ‘Santo.’