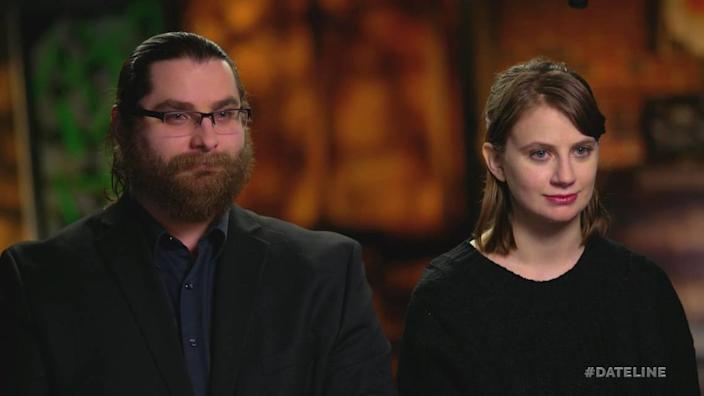 NBC’s ‘Dateline: The Phone Call’ is an episode that details the death of married couple Kathleen and Carl Schroll in their Kansas City, Kansas, home, along with its intriguing yet bewildering aftermath. Although the evidence made even the authorities suspect a murder-suicide at first, a few interviews with Kathleen’s family led to the arrest of Olin “Pete” Coones, a man she’d met while acting as a caretaker for his father. Olin was subsequently tried, convicted, and exonerated in connection to the crime, but the way it affected him and his family is not something they can easily let go of.

Who Are in Olin “Pete” Coones’ Family?

Olin “Pete” Coones Jr. was charged and arrested with the first-degree murder of Kathleen and Carl Schroll within days of the incident — while he was driving two of his children to school. That morning, while the three of them were in separate interrogation rooms, police officers searched their family home for any evidence that might link Olin to the crime. And although they found nothing concrete, he was still indicted, leaving his wife, Dee, and their five children, Jeremiah, Ben, Quinn, Mariah, and Melody, to merely watch the legalities unfold.

When Olin stood trial, his wife, one of his daughters and her then-fiancé testified on his behalf, confirming his alibi of having spent the entire night of April 7, 2008, at home. Dee stated that after Olin came to bed, he only left the room once to go to the bathroom. Moreover, she added that she’d heard him on his computer a few times during the night, which his internet history confirmed. Furthermore, Olin’s daughter and her fiancé attested to the fact that they were watching a movie in the living room until 2:30 or 3 a.m. and that they heard or saw nothing suspicious.

After all, to leave the house, Olin would have had to pass the living room, which he never did during the window of Kathleen and Carl’s murder. But when an inmate claimed that Olin had confessed to him, their testimonies failed to have the impact they’d hoped. Thus, the patriarch of the Coones family was sentenced to life in prison. Fast-forwarding 12 years, in 2020, when Olin was acquitted, they all found a sense of completion once again. Yet, their happiness was short-lived as he passed away from undetected cancer just three and a half months later.

According to the statement released by Midwest Innocence Project and the law firm of Morgan Pilate following Olin’s demise, “during this too-short return to his family, [Olin] met his grandchildren for the first time, having been deprived of their joy and laughter for over a decade. Like so many grandfathers, he was smitten with them and wanted nothing more than to be their reliable source of extra treats and flexible rules.” In the 108 days he had with his family, Olin spent every possible moment with them, especially with his wife of 40 years, his guidance, Dee.

Olin had admitted that he never thought he’d come home, so when “the truth” came out, it felt like a blessing for them all. Therefore, his family and attorneys made a promise that they would “keep demanding justice in his memory,” and that’s what they’re doing. In March 2021, Olin’s children testified in support of a Kansas bill that requires prosecutors to disclose evidence relating to jailhouse witnesses. Had this reform bill been in existence back then, they said, it could have prevented their father’s wrongful execution and untimely death. It was passed by the Kansan House of Representatives in early April. (However, it has been referred to the Committee on Judiciary in the Senate).

Olin’s children have since asked the Senate to take action to help prevent wrongful convictions as well. And with Ben and Melody, the two kids who were in the car with their father when he was taken into custody in 2008, speaking with ‘Dateline,’ they hope to raise awareness on how such things can turn someone’s whole world upside down. Although Dee, Jeremiah, Ben, Quinn, Mariah, and Melody all prefer to live their personal lives away from the spotlight, they’re always ready to back their late patriarch.

Ben, Quinn, and their sister, Melody Bitzer, are usually on the front lines. From what we can tell, Quinn now lives in Fountain, Colorado. Dee, however, has continued to reside in Kansas City, Kansas. Having said that, if you, too, wish to show your support to the Coones family, you can check out the GoFundMe page set up for Olin on behalf of his wife, Dee.