Where is School of Chocolate Filmed? 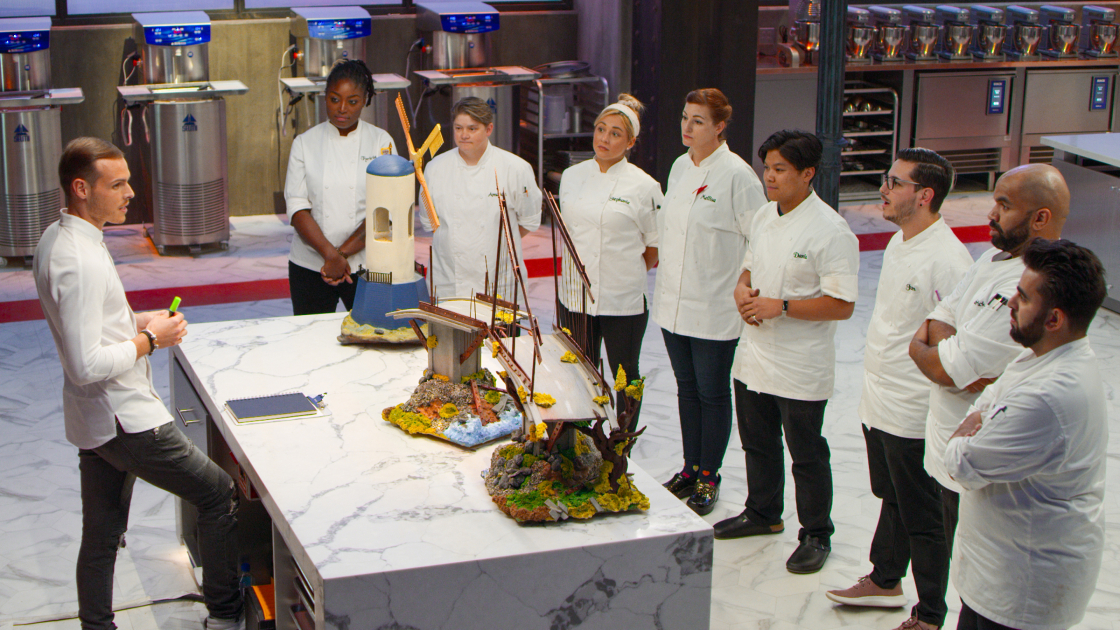 Considering the traction ‘Chef’s Table’ and ‘Nailed It!‘ have generated in the last few years, it’s no surprise that cooking shows have gradually become a staple in Netflix’s roster. One such original production by the streamer is ‘School of Chocolate,’ which proves that the learning curve in this industry is never-ending. After all, renowned chocolatier Amaury Guichon not only serves as a judge here, but he also mentors the eight contestants through the challenges set by him.

Moreover, by excluding the notion of eliminations entirely, this competition series ensures that practice and learning are at the front and center. Thus, those who fail to perform well are merely asked to sit out of the following test, during which they get one-on-one time with the French professional. The work area and kitchen space are roomy enough for all these things to happen simultaneously. So now, if you’re curious about the site of the set, here’s what we know of it.

There is no other way to describe Netflix’s ‘School of Chocolate’ than as a feel-good reality show that combines each crucial element of the dessert business into one. Therefore, taking its premise and the resulting mouth-watering creations into account, knowing that an independent firm named Super Delicious Productions backs it up is not shocking. This production company is based in Los Angeles, California, so it looks like ‘School of Chocolate’ is also filmed right there.

Every individual in ‘School of Chocolate’ – whether Amaury, his two assistants, or the contestants – are from different parts of the nation, making it evident that they had to be brought together to commence filming. And what better place is there to do so than the hub of entertainment, Los Angeles. The hustling city is full of studio houses as well as sound stages, and from what we can tell, it appears as if ‘School of Chocolate’ made use of one of the latter to their advantage.

Of course, to ensure that everything goes smoothly, especially with the pandemic looming over their heads, the contestants are housed together nearby. We should mention that a few other cooking shows such as ‘Hell’s Kitchen,’ ‘MasterChef,’ and ‘The Final Table’ were also filmed in the city of angels.

Read More: Where Was Nailed It! Season 6 Filmed?