Where is The Chelsea Detective Filmed? 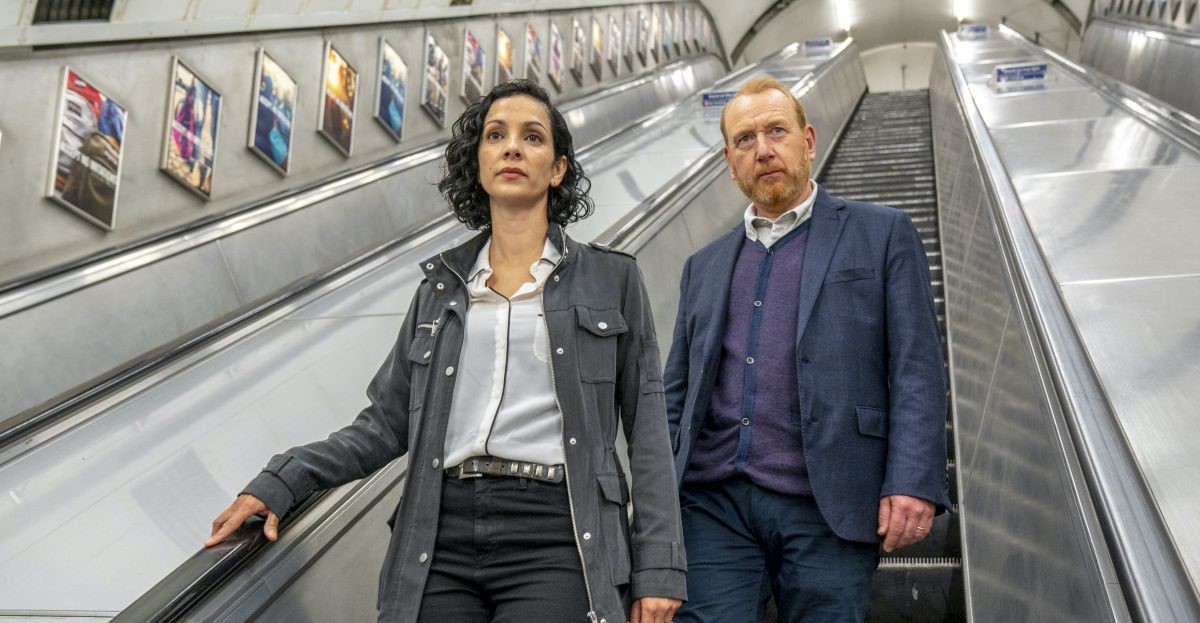 Created by Peter Fincham, ‘The Chelsea Detective’ is a crime mystery series that centers upon two detectives, Max Arnold and Priya Shamsie, doing their best to get to the bottom of all the mysterious murders that surface in the beautiful yet morbid borough of Chelsea in London. They make for the perfect detective duo as both are able to see beneath the masked town wherein lies the dark reality of Chelsea, filled with mystery and death.

The gloomy theme of the narrative is complemented by the somber tones used throughout the series. Moreover, the crime scenes backed with the backdrop of suitable locations of the town make the narrative seem even more genuine. So, it is natural for you to feel a bit of curiosity creeping into your mind regarding the filming locations used in the series. Well, we are here to put your mind at ease by providing you with all the information about the same!

‘The Chelsea Detective’ is majorly filmed in London, England. The bustling capital city of England and the United Kingdom with the backdrop of some modern architecture makes for an ideal setting for the series. As a matter of fact, the capital city has hosted the production of hundreds of movies and shows over the decades, such as ‘Kingsman: The Secret Service‘ and ‘After Life.’

Following a delay due to the impact of the COVID-19 pandemic, the principal photography for this detective show commenced in April 2021 and wrapped up by the end of July 2021. Now that your interest has peaked, let’s learn about the specific locations where the series is shot!

The Royal Borough of Kensington and Chelsea, London

‘The Chelsea Detective’ was filmed in several sites and areas of the Royal Borough of Kensington and Chelsea. As the name suggests, RBKC is an Inner London borough with royal status. Early on during the production process, the cast and crew members were spotted filming in King’s Road, which is a major street running through Chelsea and Fulham in West London.

In order to shoot some more sequences for the series, the production team set camp in Earl’s Court on the western end of central London for a while too. The district is located near upmarket Kensington and is filled with leafy Victorian residential squares, hostels, chain hotels, and crowded commercial streets.

Moving just a bit south, the cast and crew members of ‘The Chelsea Detective’ also stopped by Brompton cemetery, located on Fulham Road in West Brompton, in the southwestern part of the Royal Borough of Kensington and Chelsea. In one of the cloisters on the site, a prop angel was spray painted white for one of the episodes.

Distraction today in the cemetery was the presence of a film crew. They were filming an episode of a forthcoming crime drama The Chelsea Detective about a crime in a stone masonry in Brompton. A prop angel was being spray painted white in one of the cloisters. Sneaked a photo. pic.twitter.com/b2vZm12G00

Apart from all these locations, the production team was also spotted filming a few sequences using the backdrop of Chelsea Green, which is considered to be a traditional high street located right in the heart of London. The street consists of all kinds of shops, such as children’s clothes and accessories, costumes, fine jewelry, royal cheesemongers, gourmet food, picture framers, greengrocer, etc., making it quite a public space.

Adrian Scarborough, who plays Max Arnold, had a lot to say about filming in London in an interview with Nerds That Geek. “Well, I, what I love about it is the fact that it, it shoots in London, and there are very, very few cop shows that can afford to do it, or have the time to do it, let alone in the middle of a pandemic. But I think that is incredibly unique to be able to actually shoot right on the streets that you’re talking about, generally speaking, a lot of those cop shows will shoot out of London because it’s incredibly complicated to shoot anywhere in London,” he said.

The actor further added, “But with this, you just can’t get away with not being there. There’s just so much of Chelsea and so much of London that you see in it. And I just think that that bit of London becomes a character in its own right. In the series, really, especially if you’re going to call it The Chelsea Detective. It’s kind of important that it’s there, and that you see it pretty regularly.”

Another one of the leafy London locations chosen by the production team of ‘The Chelsea Detective’ as the backdrop for several scenes is The Chase, located in Clapham in South West London. One of Clapham’s most exclusive and desirable roads, the Chase provides one with access to the open and aesthetic spaces of Clapham Common. For filming, the crew searched for houses with gardens, which is how they settled on this site and transformed it into a film set for the series. Movies including ‘The Inbetweeners’ and ‘Without a Clue’ were also filmed in the South London district of Clapham.

Many residents of the London Borough of Wandsworth had spotted several rows of trailers and crew members of ‘The Chelsea Detective’ at the Battersea Park when the production process was in the initial stages. Battersea Park stretches up to a 200-acre green space at Battersea, located right on the south bank of the River Thames. This site has been used as a backdrop for the production of several other movies and TV shows such as ‘101 Dalmations’ and ‘House of Cards.’

Read more: Is The Chelsea Detective Based on a True Story?