Where is We Own This City’s James Kostoplis Now?

‘We Own This City‘ revolves around the Gun Trace Task Force (GTTF), a plainclothes unit of the Baltimore Police Department (BPD) tasked with suppressing crime in the city. However, as the cops resort to corrupt actions and indulge in crime themselves, the state of policing in Baltimore comes under questioning. The series is based on Justin Fenton’s 2021 nonfiction book of the same name.

The narrative focuses on several corrupt GTTF cops, such as Wayne Jenkins and Daniel Hersl. However, it also features some cops true to their badge and duty as a cop — one such officer is James Kostoplis. Naturally, viewers must be curious to learn more about Kostoplis and his fate in real life. In that case, we’ve got you covered! Here is everything we know about James Kostoplis and his current whereabouts!

James Kostoplis is a Baltimore Police Department Officer who joined the police force in 2011, at the age of 21. Kostoplis is from northern New Jersey and spent most of his childhood in the city with his family. His father and brothers have also worked in the police. Since Kostoplis was too young to join the police force right after completing high school, he worked in retail security. After joining the BPD, he was assigned to the city’s Northeastern District Precinct. 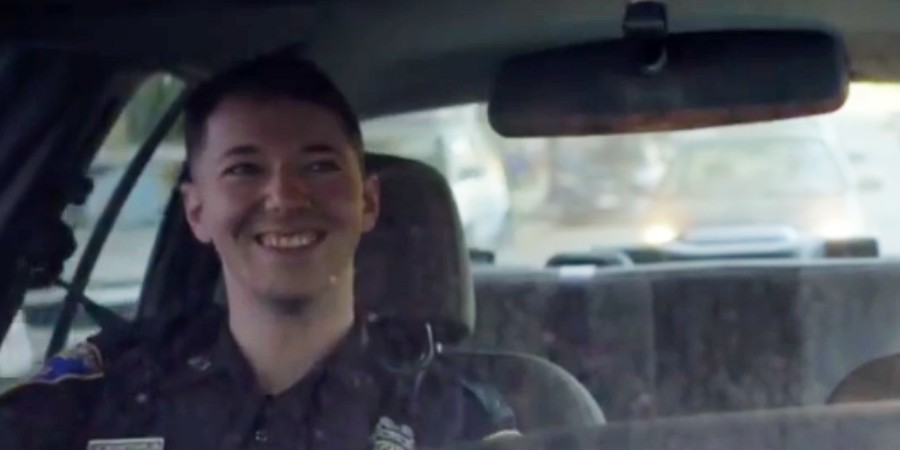 During his early days in the BPD, Kostoplis worked closely with Wayne Jenkins. Jenkins had taught Kostoplis the basics of the department’s general policing orders, among other procedures. The two patrolled the city together on several occasions. Later in his career, Jenkins was assigned to the BPD’s Gun Trace Task Force and became the unit’s Sergeant. He brought Kostoplis to work with him in the plainclothes unit.

However, while working on a drug case, Kostoplis was asked by Jenkins about his opinion on taking money from the drug dealers in the presence of Daniel Hersl. Kostoplis stated he would opt against taking the money, believing that Jenkins was testing him. Sometime after the incident, Kostoplis was removed from the GTTF and assigned to a different unit.

Where Is James Kostoplis Now?

After his removal from the Gun Trace Task Force, Kostoplis remained a part of the police force. He briefly worked as a Special Officer in the Norfolk Southern Rail Road Police Department between May 2015 to February 2016. In the same month, Kostoplis returned to the Baltimore Police Department and held the rank of a Police officer. In October 2016, he was promoted to the position of Detective.

On March 1, 2017, several GTTF officers, including Wayne Jenkins, were arrested in a federal racketeering conspiracy case. During the trials of Detectives Daniel Hersl and Marcus Taylor, Kostoplis was called upon as a witness by the prosecutors. He revealed the aforementioned incident during his testimony in court. Since the trial, Kostoplis has continued to serve in the BPD.

Kostoplis worked as a Police Instructor from January 2020 to April 2020. In September 2020, he was promoted to the rank of Sergeant; he presently holds the role. Kostoplis is also mentioned in Justin Fenton’s book, ‘We Own This City,’ and a fictionalized version of him appears in the HBO’s television adaptation. He resides in Baltimore, Maryland, with his family and prefers to keep his personal life outside the public eye.

Read More: Where Are Marcus Taylor and Evodio Hendrix Now?