Where is Wrestler Teddy Hart Now? Is He in Jail?

Peacock’s ‘Dangerous Breed: Crime. Cons. Cats’ chronicles the life and times of controversial wrestler Teddy Hart and takes the viewer through the disappearance of his ex-girlfriend, Samantha Fiddler. When she disappeared in November 2016, he seemed utterly unconcerned about the incident and was quite eager to put out his innocence claim. The series includes interviews with several individuals involved in the case and tries to determine if Teddy is responsible for Samantha’s disappearance. If you are intrigued by the wrestler’s life and want to know where he is at present, we have you covered!

Who Is Teddy Hart?

Born and brought up in Calgary, Alberta, Teddy grew up alongside his sisters, Annie and Angela, as well as his brother, Matthew, and was interested in wrestling from quite a young age. Interestingly, he is the nephew of professional wrestlers Bret and Owen Hart, and several of his cousins have also made a name for themselves on the professional circuit. Such connections encouraged Teddy further, and he learned the ropes before debuting in the professional wrestling circuit in July 1995 at 15.

Since then, Teddy never looked back and passed one milestone after the other on the way to the top. Eventually, he signed a developmental contract with the World Wrestling Foundation in 1998, making him the youngest to do so. However, while he was pretty popular in the ring and had a massive fanbase, he was always involved in one controversy after the other. Besides, the show revealed that WWF could not control Teddy or his attitude, which forced them to drop the wrestler in 2002.

Following his stint in WWF, Teddy performed at several popular wrestling organizations, including Ring of Honor and Total Nonstop Action Wrestling, Major League Wrestling, and Jersey All-Pro Wrestling, as well as another small stint at WWE, among others. He even headed The Hart Foundation, a team made up of Hart family wrestlers, in Major League Wrestling and earned enormous fame during his time as a professional wrestler.

Yet, according to the Peacock show, most organizations mentioned that Teddy’s attitude was difficult to control, and since he often went above and beyond the script, the wrestler was quite hard to work with. Thus, by 2006, he entered the independent wrestling circuit and began making a name for himself there. In addition to his wrestling career, Teddy raised and sold Persian cats.

Unfortunately, Teddy’s illustrious wrestling career was often marred by the controversies he found himself in. In 2012, he married Fay Annis, and while their marriage seemed quite strong initially, things soon went south. Besides, the show even alleges that Teddy would often engage in sexual activities with the students training under him and his wife seemed complacent with such occurrences.

As legal troubles and run-ins with the law ruined Teddy’s reputation, things turned serious when Fay and one of Teddy’s ex-girlfriends, Michelle, accused him of sexual abuse, domestic violence, and unlawful restrainment. Fay had already divorced him by then, and although the show mentioned that charges were dropped in 2016, Teddy kept going in and out of prison for several other crimes.

Where Is Teddy Hart Now?

In December 2016, Teddy’s ex-girlfriend, Samantha Fiddler, disappeared while training to be a professional wrestler in Florida. While the police launched a thorough investigation, the consensus believed he was involved in the incident. Even though Samantha is yet to be found, the Florida Department of Law Enforcement mentioned that the professional wrestler has never been considered a suspect in the disappearance. 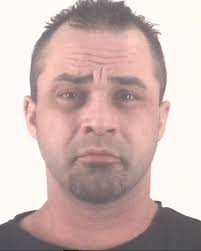 By 2019, Teddy was in a relationship with professional wrestler Maria Manic, and the two even started a Youtube channel to keep their fans updated about their lives. However, this relationship also soured, as in 2020, the former was arrested on charges of domestic violence after Maria called the police on him. Reports claim that these charges were ultimately dropped, although one of Teddy’s former students, Machiko, accused him of harassment and sexual abuse in the same year.

Besides, Teddy found himself behind bars after being arrested on charges of injuring a child/elderly/disabled individual, evading arrest with a vehicle, and possessing a controlled substance in October 2020 and February 2021. From the looks of it, the latter arrest seems like his last, and records mention that he has since been released from prison. Presently, the professional wrestler appears to reside in Texas and is still quite active in the independent wrestling circuit.