Where Was Hallmark’s A Kiss Before Christmas Filmed? Who is in the Cast? 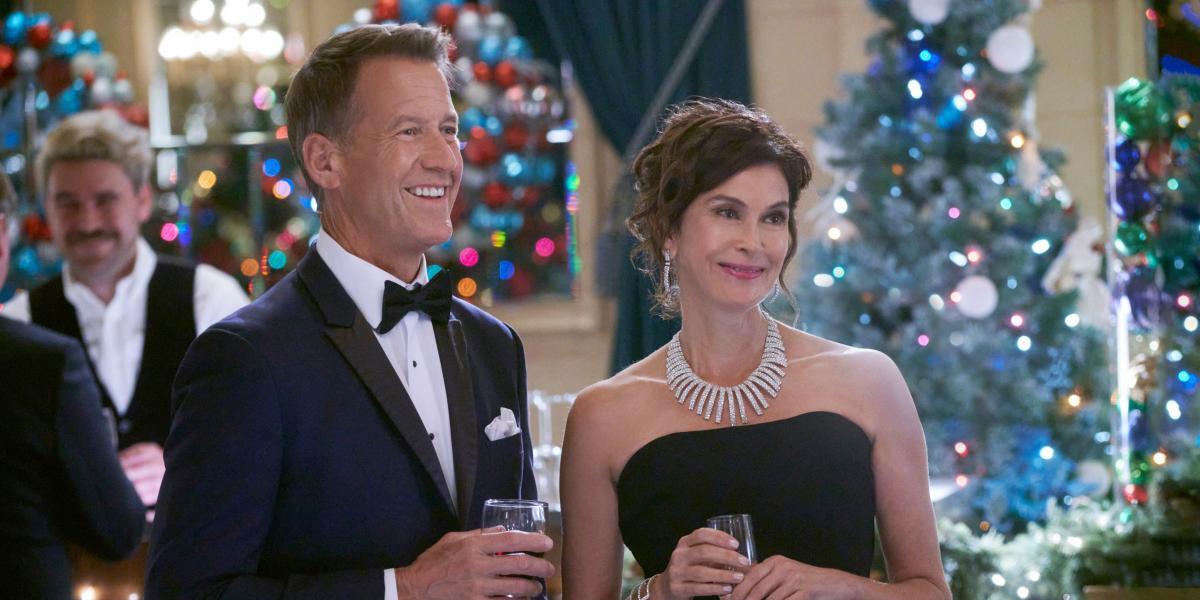 Directed by Jeff Beesley, ‘A Kiss Before Christmas’ is a Hallmark family comedy film. The story revolves around Ethan Holt, a real estate development executive disappointed with how his professional life has turned out to be. He believes that if he could have been a bit more ruthless and selfish, he could have achieved much more. Ethan makes a wish about it around the Christmas holiday and suddenly discovers that he is now the CEO of his own company.

But there is a problem. Ethan’s wife, Joyce, and their children are missing. Now, he must race against time to get them back before it’s too late. Like all other Hallmark projects, ‘A Kiss Before Christmas’ has a gorgeous setting despite the limited budget. If you are wondering where the filmmakers shot the movie to accomplish such a thing, we got you covered.

A Kiss Before Christmas Filming Locations

‘A Kiss Before Christmas’ was predominantly filmed in Winnipeg, a city in the Canadian province of Manitoba. Principal photography reportedly concluded in early October 2021. Now, let’s look at specific filming locations in detail.

The production unit for ‘A Kiss Before Christmas’ used Winnipeg, Manitoba, as the filming site for the movie. The cast and crew were spotted filming outside the RBC Convention Centre, which is located at 375 York Avenue. The team used fake snow, Christmas decorations, and lights to give parts of the city a holiday season makeover. Sources revealed that a few sequences were also filmed at Exchange District in downtown Winnipeg.

Located at the confluence of the Red and Assiniboine rivers, Winnipeg is Manitoba’s capital, as well as its largest city. It is a perfect blend of natural and manmade beauty and has emerged as a popular filming destination. Hallmark regularly films its projects in the city. A few names that come to mind are ‘The Christmas Heart,’ ‘Under the Autumn Moon,’ and ‘Once Upon a Christmas Miracle.’

A Kiss Before Christmas Cast

‘A Kiss Before Christmas’ marks the reunion of James Denton and Teri Hatcher, who worked opposite each other on ‘Desperate Housewives.’ Denton’s character, Ethan Holt, gets everything he has ever asked for as a result of a Christmas miracle. But soon, he learns that he inadvertently had to pay the price with the erasure of his family’s existence. So, he teams up with Hatcher’s Joyce, who has no idea who he is, to turn back things to the way they were.

Originally from Nashville, Tennessee, Denton made his acting debut in the 1993 film ‘Thieves Quartet’ as Ray Higgs. Aside from ‘Desperate Housewives,’ where he plays the role of Mike Delfino, he portrays Mr. Lyle in ‘The Pretender’ TV series and the subsequent TV movies. The actor lends his voice to Superman/Clark Kent for the 2011 animated film ‘All-Star Superman.’ You may also recognize him as Dr. Sam Radford in ‘Good Witch.’

Before playing Susan Mayer Delfino in ‘Desperate Housewives,’ Hatcher, a native of Palo Alto, California, was known for playing Lois Lane in ‘Lois & Clark: The New Adventures of Superman.’ She made her acting debut in a 1985 episode of ‘The Love Boat.’ About four years later, in 1989, she debuted on the big screen in ‘The Big Picture,’ essaying the role of Gretchen. In addition, Hatcher plays Charlotte in ‘The Odd Couple’ and Rhea, Queen of Daxam in ‘Supergirl.’ Apart from Denton and Hatcher, this Hallmark film’s cast also includes Chelsey Mark (Will Sherman), Gino Anania (Ted Knox), Aaron Hughes (Gus), Jason Salamandyk (Bizzaro Ethan), and Marilu Henner (Rona).

Read More: Hallmark’s A Christmas Together with You: Filming Locations and Cast Details