Hallmark’s A Christmas Together with You: Filming Locations and Cast Details 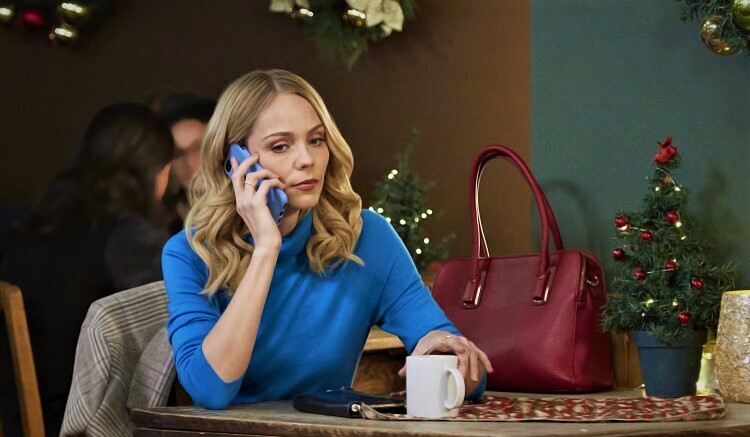 Hallmark‘s ‘A Christmas Together with You’ is a romantic drama movie that centers upon Frank and Megan, two close friends who are always there for each other. So, when the former finds a photo of Claire, his first love, Megan convinces him to embark on a road trip to find her. Although Frank is initially reluctant, he realizes that the journey may help his friend get over her recently broken engagement. So, he agrees to Megan’s crazy offer.

Frank and Megan then go on the wild trip that helps them open up to each other as they meet new people along the way. The duo’s adventures are filmed, with the Christmas festivities serving as the backdrop. If the holiday celebrations and the winter landscape in the movie have intrigued you and you wish to learn more about the film’s production, then you have come to the right place. Here’s everything you need to know.

A Christmas Together with You Filming Locations

‘A Christmas Together with You’ was filmed entirely in the Okanagan region of British Columbia. The principal photography for the Hallmark movie began sometime in early August 2021 and concluded a few weeks later the same month. Curious to learn more about the specific filming locations? Let’s have a look!

The filming of the romantic drama movie primarily took place in the Okanagan region. Also known as the Okanagan Country, it is known for its wineries, ski resorts, and pine forests. The production in the area was mostly carried out in the city of Vernon, which is about 440 km northeast of Vancouver.

A number of scenes were shot in The Roxy Cafe at 3008 31 Street in Vernon. With the right Christmas decoration, Downtown Vernon was turned into a winter wonderland. The locals were also invited to participate in the production as extras, and the filming was made interesting for them as they were offered prizes, food, and drinks.

The filming crew also captured some sequences at a clothing store called KALECO Sustainable Lifestyle (located at 3010 31 Street) and the Vernon Towne Theatre (located at 2910 30th Avenue). As per reports, other parts of Vernon were also used for filming ‘A Christmas Together with You.’

A Christmas Together with You Cast

Laura Vandervoort headlines the Kevin Fair directorial by essaying the role of Megan, the young cafe owner who has recently broken off her engagement. The versatile actress is famous for her roles in television movies like ‘Romance in the Wilds’ and ‘A Christmas Exchange.’ Harry Lennix appears as Frank, Megan’s friend, who agrees to go with her on a trip to look for his long-lost love. You may recall watching the veteran actor in ‘The Blacklist‘ and ‘Billions.’

Niall Matter portrays Steve, and Michele Scarabelli plays the role of Alice Swanson. While the former is known for his role in ‘Aurora Teagarden Mysteries,’ the acting credits of the latter include ‘A Godwink Christmas: Second Chance, First Love’ and ‘Time for You to Come Home for Christmas.’ The Hallmark movie also features Adil Zaidi as Kyle, Liza Huget as Claire, Corey Woods as Gretchen, Jim Ewens as Tom, and Julian LeBlanc as Jody.