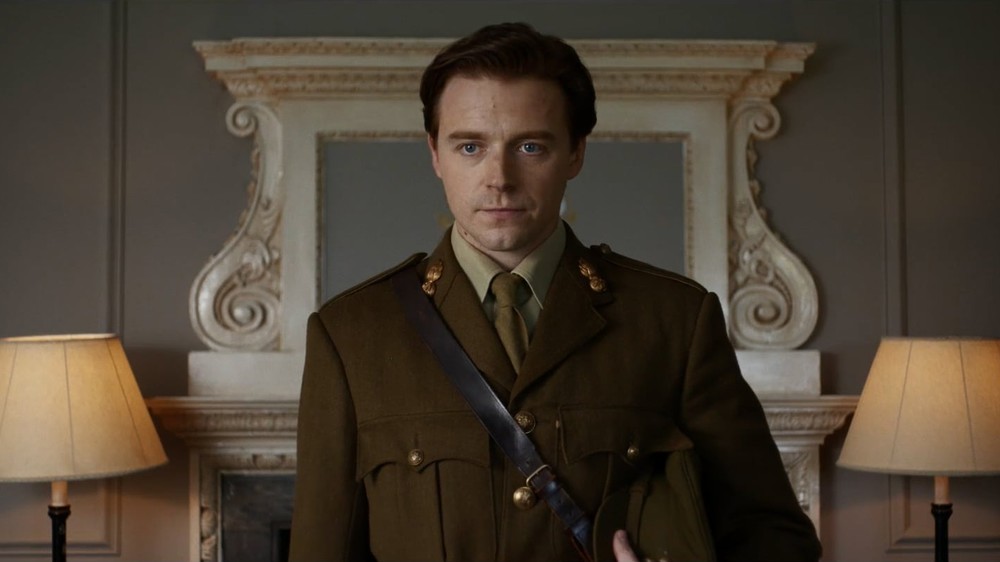 Acclaimed director Terence Davies reaches the zenith of cinematic exuberance with his war drama biopic ‘Benediction.’ With a daunting grip and ebullience, the film lends a retrospective at the complex life of British anti-war poet Siegfried Sassoon. After serving Britain in World War I, Sassoon gets awarded achievement medals. However, not beguiled, he launches a solo protest against the authority and their involvement in the ongoing war.

In the meantime, at a military psychiatric clinic, Sassoon meets fellow poet and admirer Wilfred Owen, forming a lifelong bond. The narrative unfolds in and around the UK while lending a period-tinted look at World War I. Now, you must be curious to know where the movie was filmed. If the thought is indeed bugging you, allow us to take you to the places.

‘Benediction’ was filmed in its entirety in locations around England. Principal photography commenced on September 8, 2020, ending on October 22, 2020. Nicola Daley, the cinematographer of ‘Paradise Lost’ and ‘Pin Cushion,’ came on board to handle the camerawork. On the other hand, Andy Harris, whose past works include ‘Sunset Song’ and ‘Behind the Lines,’ took care of the production design.

England and the United Kingdom feature dramatic landscapes ranging from shorelines to meadows, and its historic estate houses are ideal places for cinematic productions. Furthermore, the government offers enticing tax credit benefits to draw filmmakers into the state. Let us now visit the specific locations where the movie was shot.

During their stay in England, the crew visited the landlocked Staffordshire county. The production team set up a base in Chillington Hall, a Georgian County House located at Port Lane near the community of Brewood, around four miles northwest of Wolverhampton.

The Grade I listed heritage house was also featured in an episode of the reality show ‘Time Crashers.’ Not just that, pivotal scenes depicting the Reform Club, Sassoon’s mother’s home, and a party were taped at Weston Park, a grand country house in the Weston-under-Lizard village.

From Staffordshire, the crew shifted to West Midlands, a metropolitan county in the namesake region. The unit ventured into Willenhall, a market town located within the Metropolitan Borough of Walsall. Several exterior sequences were lensed in the town. Filming went underway in The Royal Town of Sutton Coldfield, colloquially Sutton, a bustling township around seven miles east of Walsall. In the town, they filmed portions in the Sutton Coldfield Town Hall (formerly Royal Hotel), a former hotel and present event venue located at Upper Clifton Road in the heart of the town.

The theater sequences were recorded here in the town hall. Another prominent location in West Midlands county was the Himley Hall and Park, an early 17th-century country house showcasing a slice of history. Situated at Himley Road, in the village of Himley near Dudley, the estate house and the surrounding greenery is open to the public for tours, angling & golf. The estate house stands in as the exteriors of the home of Sassoon. At the same time, the interior shots of Novello’s Dressing Room were also lensed here.

Several segments were lensed at Worcestershire, a county in the West Midlands area, southwest of West Midlands county. The cast and crew filmed scenes on location in Kidderminster (locally known as ‘Kiddy’), a large market and historic town around 15 miles north of Worcester. The historic township is the largest in the Wyre Forest district, as it showcases lavish Victorian architecture where time stands still. The London theater scenes were actually taped at the historic and decadent Palace Theatre, a Grade II listed theatre located at 1 Alcester Street at Grove Street in the community of Redditch in Worcestershire.

The production team captured additional sequences in Warwickshire. A major location where filming went underway is the Royal Leamington Spa (or simply Leamington), a spa town and civil parish in the heart of Warwickshire county. Best known for its wide boulevards and Regency architecture, the township showcases a 19th-century bathhouse converted into an art gallery and a vast park to attract tourists. It is home to an upscale neighborhood and has often been featured in cinematic productions, from ‘Violence’ to ‘Seven Years in Tibet.’

Read More: Is Benediction Based on a True Story?