Where was Blonde Filmed? 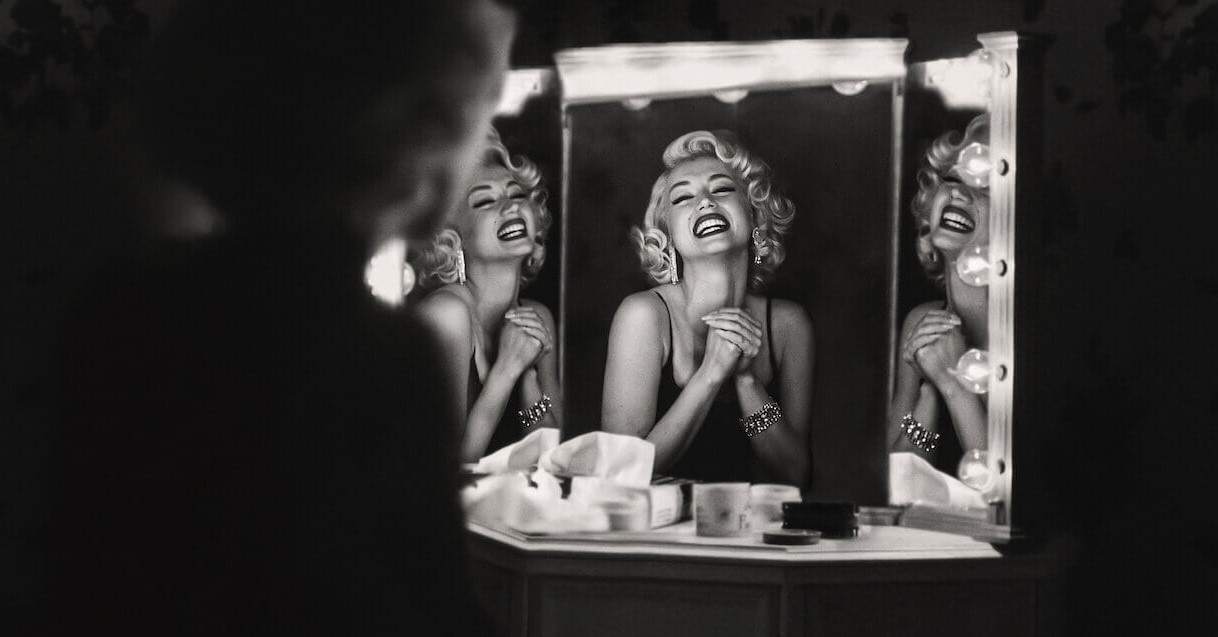 Based on Joyce Carol Oates’ eponymous 2000 novel, Netflix’s ‘Blonde’ is a biographical drama movie written and directed by Andrew Dominik. It dramatizes the life and career of one of the most renowned Hollywood icons — Norma Jeane Mortenson, AKA Marilyn Monroe, as she struggles from a traumatic childhood and becomes an actress in the 50s and early 60s. With her stage name, she manages to become world famous, but it masks all the issues she faces in her personal life, such as exploitation, heartbreak, drug addiction, and abuse of power.

Ana de Armas takes on the burden and honor of essaying Marilyn, while several other big names feature in the movie, including Adrien Brody, Bobby Cannavale, Xavier Samuel, and Julianne Nicholson. Most of the movie is presented in black and white to immerse the viewers in the diva’s era effectively. Moreover, you may wonder if the biopic was shot in actual locations where Marilyn left her imprint in real life. Well, lucky for you, as we have all the information about the same!

‘Blonde’ was filmed entirely in California, particularly in Los Angeles County. The principal photography for the biographical drama reportedly commenced in early August 2019 and wrapped up in October of the same year. However, the shooting of a few additional portions was delayed in 2020 due to the COVID-19 pandemic and finally finished in July 2021. Now, let’s not waste any time and jump right into all the specific sites that appear in the Netflix movie!

All the pivotal sequences for ‘Blonde’ were lensed around Los Angeles County, the most populous county in California and the United States. The production team utilized the facilities of Warner Bros. Studios at 4000 Warner Boulevard in Burbank and the Fox Studio Lot at 10201 West Pico Boulevard in Los Angeles. The former consists of 37 different sound stages ranging in size from 6,000 to 32,000 square feet and various exterior sets. On the other hand, the latter is home to 15 sound stages and numerous scenic on-lot locations.

Moreover, the cast and crew set up camp in the Raleigh Studios at 5300 Melrose Avenue East in Los Angeles. The studio facility has 13 stages, including four Cycloramas, a production resource center, on-site lighting and grip services, and 309,050 square feet of studio space on 10 acres. All these features make it a favorable shooting location for different filming projects. In addition, several beach scenes in ‘Blonde’ were reportedly recorded on the beaches of Malibu.

The scene depicting the ‘Gentlemen Prefer Blondes’ premiere in the movie was taped in and around Los Angeles Theatre at 615 South Broadway. The famous Musso & Frank Grill restaurant at 6667 Hollywood Boulevard in Hollywood also served as an important filming site for the movie. While the initial scenes where Norma Jeane lives with her mother were seemingly shot on location at the actual house at 6012 Afton Place in San Jose, the death scene was reportedly lensed in the same room where she died, at 12305 5th Helena Drive in Los Angeles.

In a September 2022 interview with Deadline, Ana de Armas expanded on her experience portraying Marilyn Monroe and how she and others allegedly felt her presence during the production. She said, “I truly believe that she was very close to us, she was with us… She was all I thought about, she was all I dreamed about, she was all I could talk about. She was with me, and it was beautiful. I think she was happy…Being in the same places that she was, filming in her house, it was a very strong sensation there was something in the air, and I think she was approving of what we were doing.”