Where Was Bones and All Filmed? 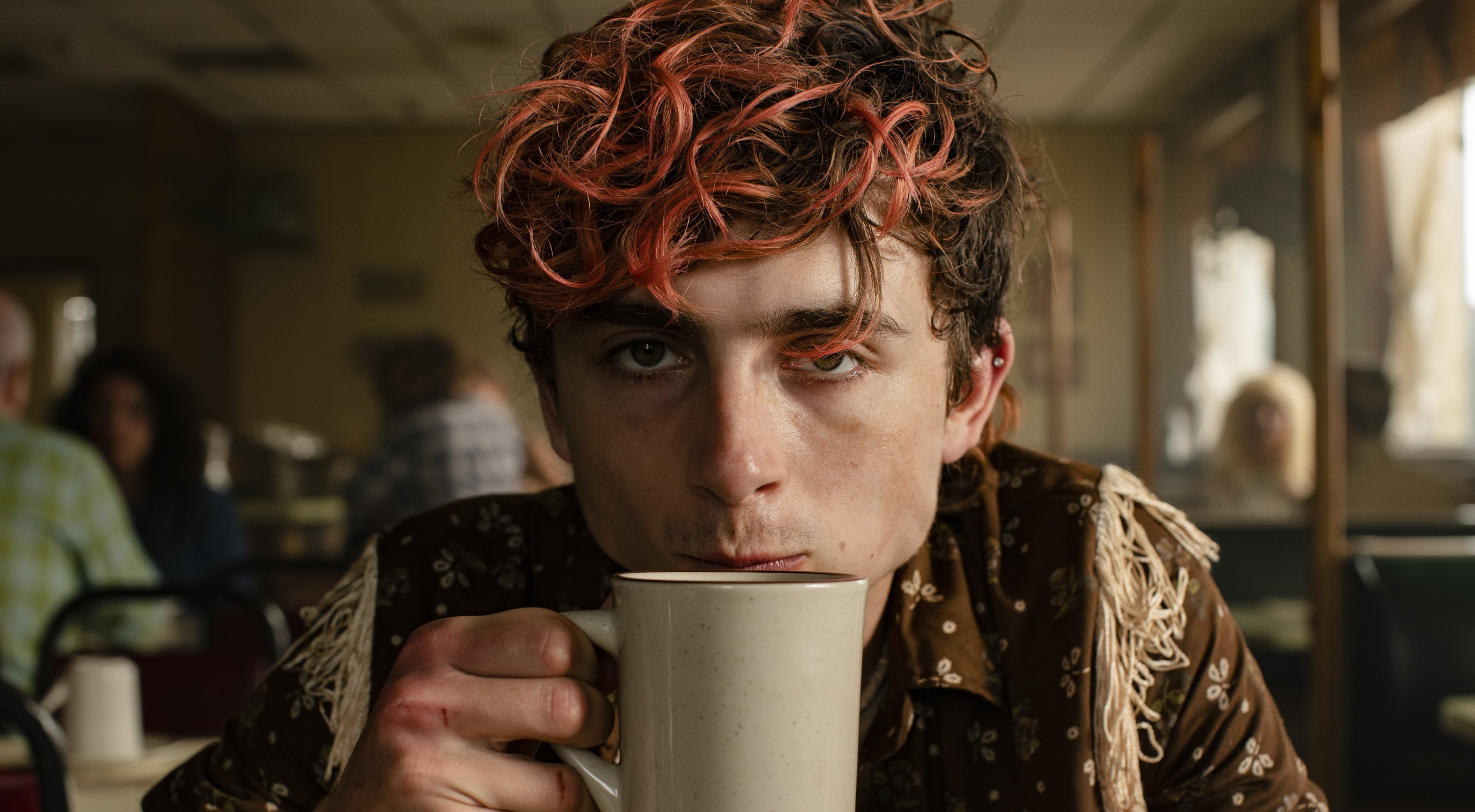 Based on the 2015 eponymous novel by Camille DeAngelis, ‘Bones and All’ is a romantic horror drama movie directed by Luca Guadagnino (‘Call Me By Your Name‘ and ‘Suspiria’). It centers around a cannibalistic celebration of romance between a young woman named Maren, who is figuring out a way to survive on the fringes of society, and an intense young man named Lee. A chance encounter between them leads to them embarking on a horrific yet unusually romantic road trip across the country.

However, no matter how many miles they travel, their terrifying pasts and reality catch up with them, testing their love amidst all the blood and horror around them. The coming-of-age narrative blends the blooming romance between two misfits with the horrible subject of cannibalism, making an unusually entertaining watch. Moreover, the 80s setting and the constant transition in the backdrops as the couple journey across different states are bound to spark questions regarding the actual shooting sites in the viewers’ minds. Well, if you are one such curious soul, you might be interested in what we have to share!

Bones and All Filming Locations

‘Bones and All’ was filmed in Ohio, Kentucky, Indiana, and Nebraska, specifically in Greater Cincinnati, Chillicothe, Columbus, Northern Kentucky, and Harrison. As per reports, the principal photography for the Timothée Chalamet-starrer commenced in May 2021 and wrapped up in late July of the same year. During the production, several break-ins occurred for a few of the crew members’ cars, which led the team to submit a request to the Cincinnati City Council for increased security.

Being the director Luca Guadagnino’s first time shooting a feature film in the US, he shared his excitement in the late May 2021 interview with Deadline. “I’ve been totally influenced by the American culture, American cinema, and now, American landscape, so I’m very happy and proud that I’ve finally come to this shore,” he said. “The last few months have been amazing for me, getting to know this part of the country, which is beautiful and unseen.” So, let’s not waste time and learn about the specific sites where the movie was shot!

Most of ‘Bones and All’ was lensed in Greater Cincinnati, a metropolitan area centered on Cincinnati and the surrounding counties. The filming unit traveled across the region to tape scenes against different backdrops, including South Broad Street between First Avenue and Reynolds Avenue in Middletown and Country Kitchen Restaurant at 3150 OH-350 in Lebanon. Moreover, they utilized the locales of Lockland and Aberdeen villages and the Clifton neighborhood in Cincinnati.

The production team even traveled to locations outside Greater Cincinnati for shooting purposes. The bus station scene was shot at the Greyhound bus terminal at 111 East Town Street in Columbus. In early June 2021, the cast and crew members of ‘Bones and All’ were spotted taping some key scenes in and around Eastern Avenue in the city of Chillicothe, where they specifically utilized the former Taylor’s IGA store at 686 Eastern Avenue.

Some pivotal sequences for ‘Bones and All’ were reportedly recorded in Northern Kentucky, the third-largest metropolitan area in Kentucky. Maysville, a home rule-class city in Kentucky’s Mason County, served as a primary production location for the movie. Located in the northern region of Kentucky, Northern Kentucky is home to several well-known attractions, including MainStrasse Village, the World Peace Bell, Newport on the Levee, and the Florence Speedway.

For taping a few exterior scenes, the filming unit also traveled to Indiana, a state in the Midwestern United States. Given the state’s rugged and hilly terrain with caves and quarries, it was a suitable recording location for a movie like ‘Bones and All.’

Additional portions for ‘Bones and All’ were lensed in Harrison, a village in Nebraska’s Sioux County. To be specific, the profound scene between Maren and Lee, where they are sitting in a vast green meadow towards the end of the movie, was shot in Oglala National Grassland, which provides a lush green and peaceful backdrop. The grassland lies in northern Sioux and northwestern Dawes counties.