Where Was Brokeback Mountain Filmed? 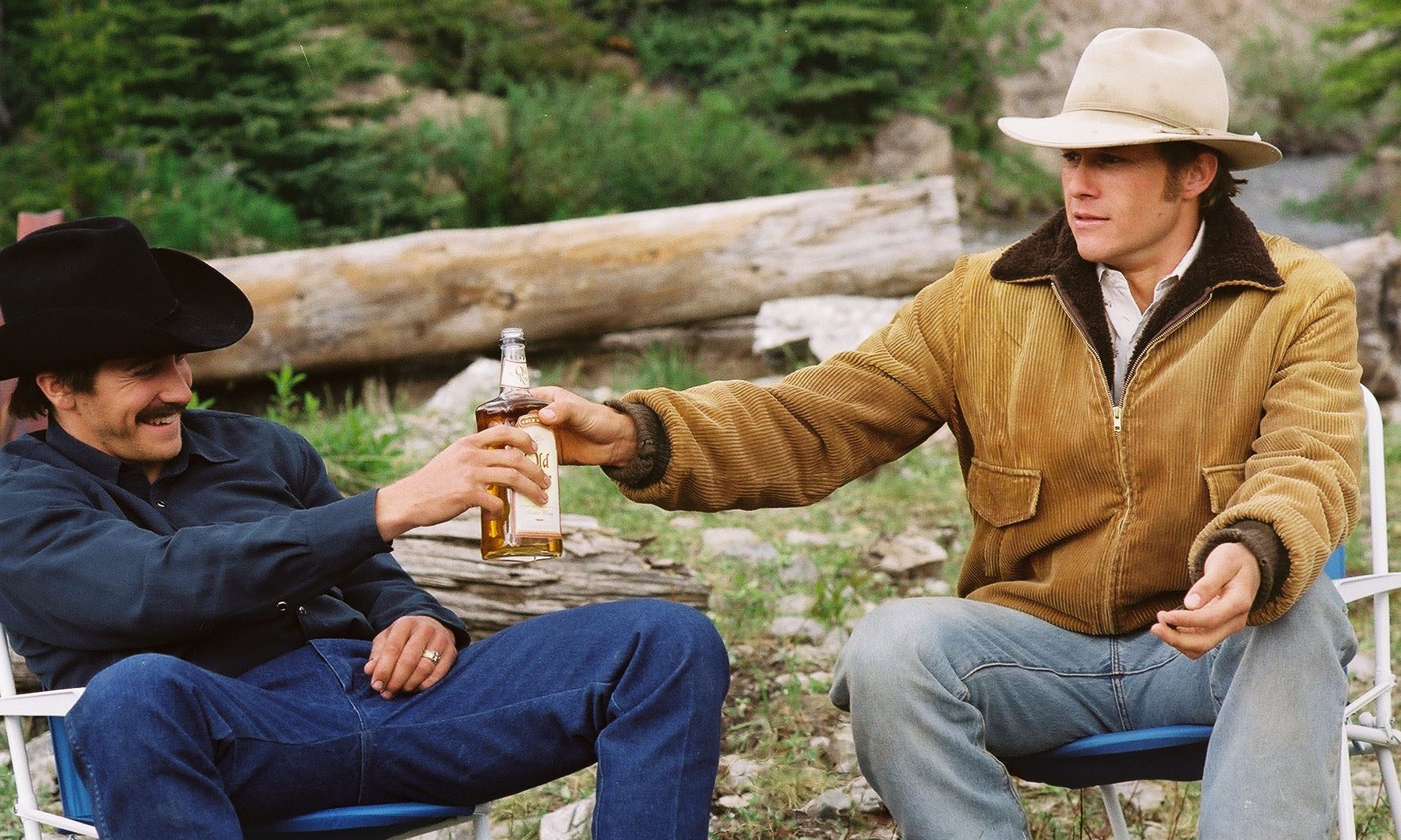 Directed by Ang Lee, ‘Brokeback Mountain’ is a 2005 romantic drama movie that revolves around two Wyoming cowboys, Ennis (Heath Ledger) and Jack (Jake Gyllenhaal), who meet on a ranch one summer, form a deep connection and explore their sexuality. As the two part ways after a brief period, the narrative follows their lives wherein they meet a few times a year to reignite their passion and relive their memories. The neo-Western drama movie is based on Annie Proulx’s 1997 short story of the same name.

Set between the 60s and the 80s, the movie depicts how the men are torn between wanting to be with each other and appeasing society’s way of life. The touching themes of complicated forbidden love and gay relationships in the previous decades make for a sentimental watch. Moreover, the realistic setting of the 60s and the 80s against some interesting backdrops keeps the narrative quite authentic. Thus, it is natural for you to wonder where ‘Brokeback Mountain’ was shot. Well, here are all the details about the same!

‘Brokeback Mountain’ was filmed across different sites in Alberta, New Mexico, and Wyoming. Per reports, the principal photography for the Jake Gyllenhaal and Heath Ledger starrer commenced on June 14, 2004, and was wrapped up within two months on August 15. Now, let’s go back in time and get a detailed account of all the specific sites that appear in the heartwarming tale of forbidden love.

While ‘Brokeback Mountain’ is set in Wyoming in the fictional Brokeback Mountain, it was lensed almost entirely in Southern Alberta, in the Canadian Rockies. The mountains seen in the movie combine three mountains: Kananaskis Country’s Moose Mountain, Fortress Mountain, and Mount Lougheed, located south of Canmore. Furthermore, Goat Creek, Upper Kananaskis Lake, Elbow Falls, and Canyon Creek were used as the locations for the campgrounds. In addition, pivotal sequences were shot in Calgary, Fort Macleod, and Cowley. 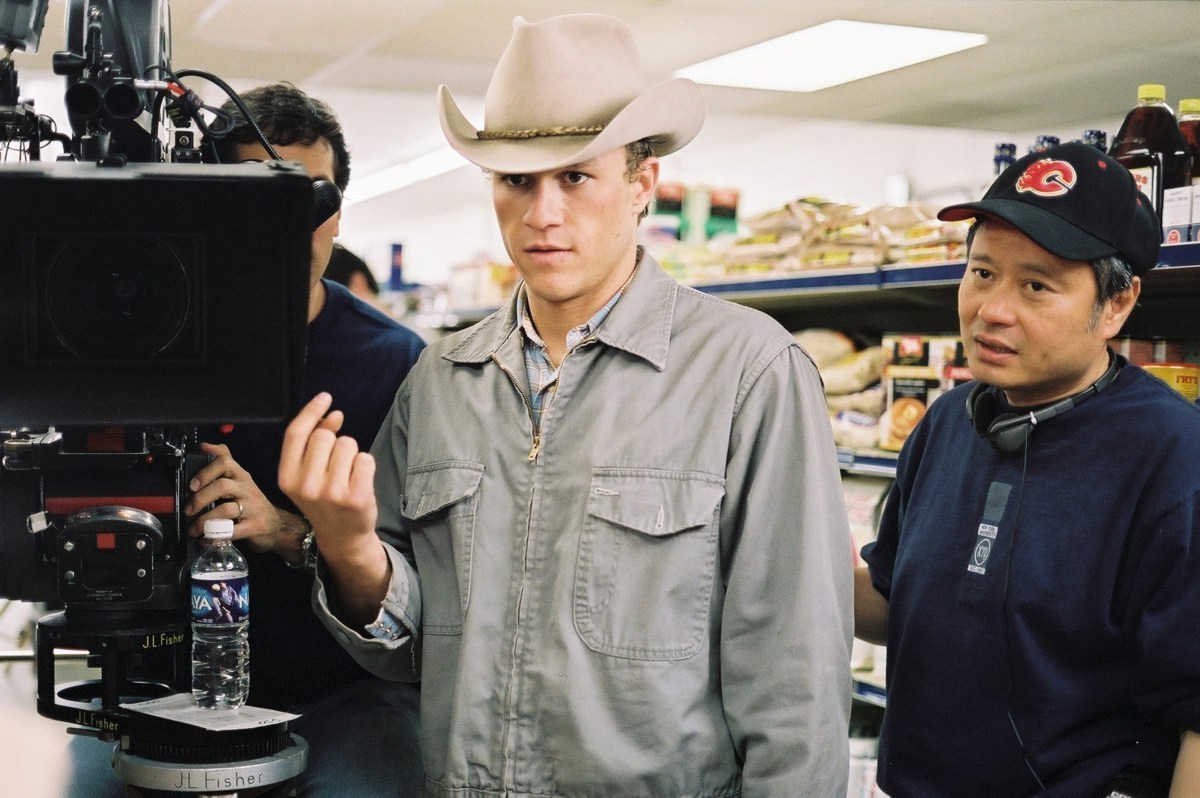 The town of Cowley acted as the stand-in for the fictional town of Signal in Wyoming, where Ennis goes looking for work. The trailer-office scene with Ennis and Joe Aguirre was shot at a parking lot at Railway Avenue, north of Osler Street. Meanwhile, the bar scene where the protagonist went at the movie’s beginning was in Carseland, called the Blue Bar between Main and Strangmuir Street. Moreover, the mountains where Aguirre takes the protagonists to herd sheep in the first scene are in Kananaskis. Their camp is set up at Canyon Creek Road at Range Road 64A, whereas the intimate scenes at the camp were shot near Canmore.

In the movie, Alma and Ennis get married at St. Thomas’ Anglican Church at Range Road 264 near Calgary. The rodeo scenes of Jack were set in Electra, Texas but were shot at Rockyford at 1st Avenue East. The bar scene of Jack and Jimbo, the rodeo clown, was at the King Edward Hotel in Calgary at 438 9th Avenue. Ranchman’s Bar is a restaurant used to film the scenes of Jack and Lureen. Fort Macleod was used to filming the scene of Ennis and his family’s outing to see the fireworks and acted as the stand-in for Riverton, where the family lives. The building where Ennis and his family lives is the JC Edgar Building, 2422 3rd Avenue at 25th Street.

The post office scene of Ennis was filmed at Rockyford on Main Street, and the motel where Jack and Ennis meet is Motel 9 in the town of Beiseker. The bench scene with Jack and Randall Malone was shot in Rockyford in front of CIBC Bank at 1st Avenue. The Town Hall in Fort Macleod is where Ennis and Alma finalize their divorce. Alleyway alongside Café Rosso in Calgary also acts as a stand-in for the Mexican alleyway scenes of Jack.

The famous dance scene at the Red River Social Club was shot at the Royal Canadian Legion in Calgary. The scene of Jack and Cassie in the apple pie scene was shot in the Java Shop of the Greyhound Bus Station in Fort Macleod. The ending scenes of Ennis with Jack’s parents were shot on Range Road 252 near Beiseker. Not just that, Jack’s ending trailer scene was shot on 1st Avenue near Beiseker. Other locations in and around Alberta where the production team set up camp include Crossfield, Irricana, Seebe, and Lacombe.

A few scenes of the movie were shot in New Mexico, specifically in the town of La Mesilla. The production team used an Old Tortilla Factory for shooting. New Mexico is well-known for its beautiful scenery and varied range of attractions. There is something for everyone in this special state, from its stunning caverns and blue corn pancakes to the first nuclear test site and famed chili peppers. The location has also been used for other productions including, ‘Stranger Things,’ ‘Breaking Bad,’ ‘No Country for Old Men,’ ‘The Magnificent Seven,’ and others.

Located in northwest Wyoming, Grand Teton National Park was one of the pivotal recording locations for ‘Brokeback Mountain.’ The national park is a nearly pristine ecosystem, with the same plants and wildlife that have existed since prehistoric times still present. Grand Teton National Park is a popular site for mountaineering, hiking, fishing, and other outdoor activities. It is one of the few spots to catch Snake River fine-spotted cutthroat trout and is recognized for its world-class trout fishing.