Where was Hallmark’s Christmas in Harmony Filmed? Who is in the Cast? 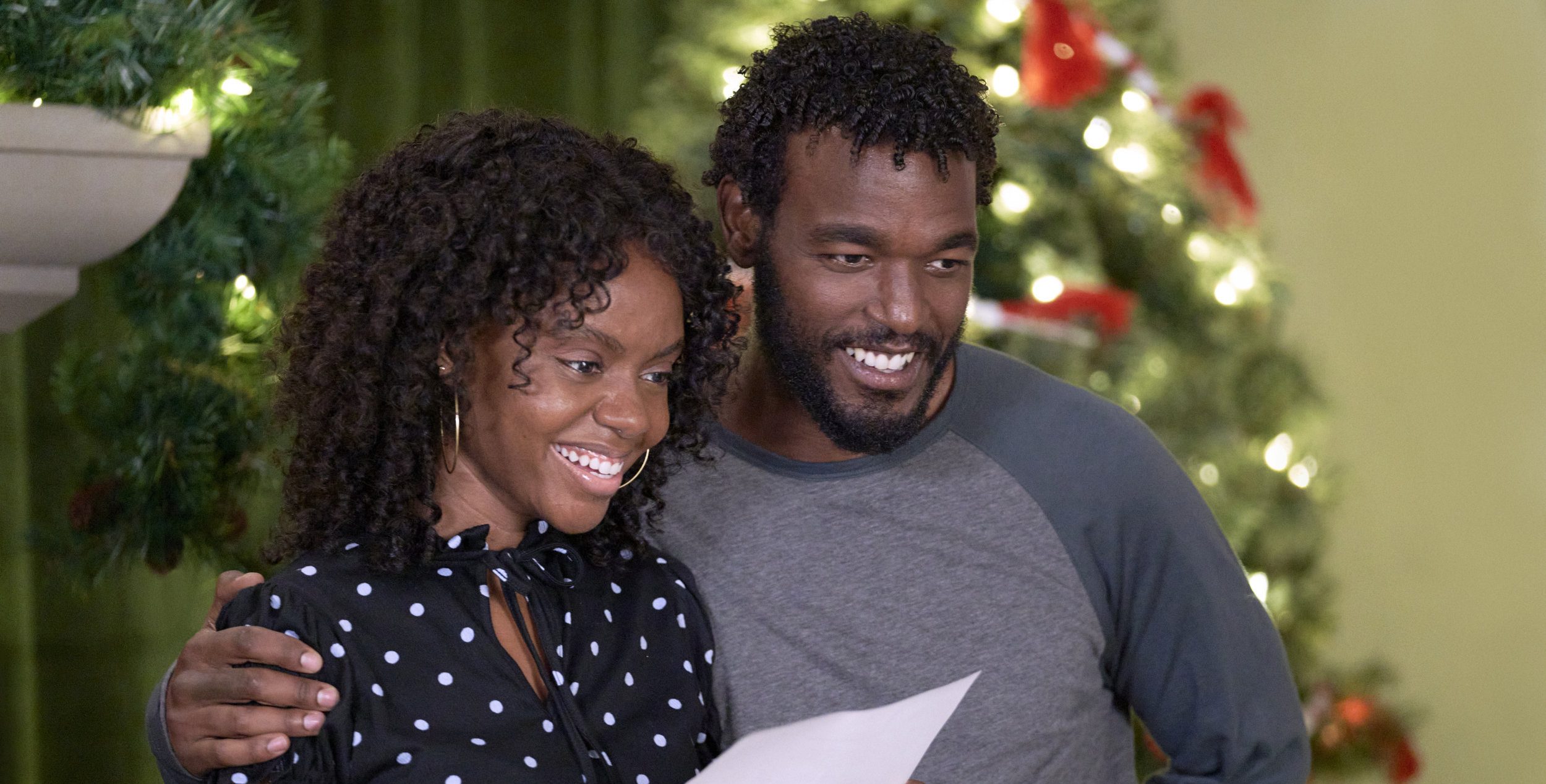 Hallmark’s ‘Christmas in Harmony’ follows a series of unexpected events that transpire in the life of Harmony Matthews when she returns home for Christmas after a while. Her mother set her up for a Holiday Chorus, directed by her former lover. What ensues is a heartfelt romantic drama that accords with the high-spirited Yuletide season. The TV film explores Harmony’s rediscovery of her dreams and liveliness as she reconnects with her family, ex-boyfriend, and the spirit of Christmas.

Directed by Rusty Cundieff, the well-conceived film is filled with the impeccable vibrancy of the Hallmark Christmas movies. It succeeds in capturing the exuberance of the holiday season with its captivating cinematography, along with the perfect choice of setting. The mesmerizing visual appeal of the film has inspired us to dive into the setting and the specific filming locations in detail. Let’s take a look!

The filming of ‘Christmas in Harmony’ took place in the US, especially in North Carolina. The filming reportedly began in August 2021 and concluded within the first half of September 2021. Now, let’s go through the specific locations in detail.

The filming of ‘Christmas in Harmony’ took place in and around the port city of Wilmington in New Hanover County, southeastern North Carolina. Scenes set in New York City were filmed in downtown Wilmington. Known as “The Port City,” Wilmington is an astonishing city that is home to a delightful riverfront and several blissful beaches. One of the most significant locations where the film was shot is the St. Andrews-Covenant Presbyterian Church located at 1416 Market Street. Apart from that, St. James Church at 25 South 3rd Street also appears in the film. 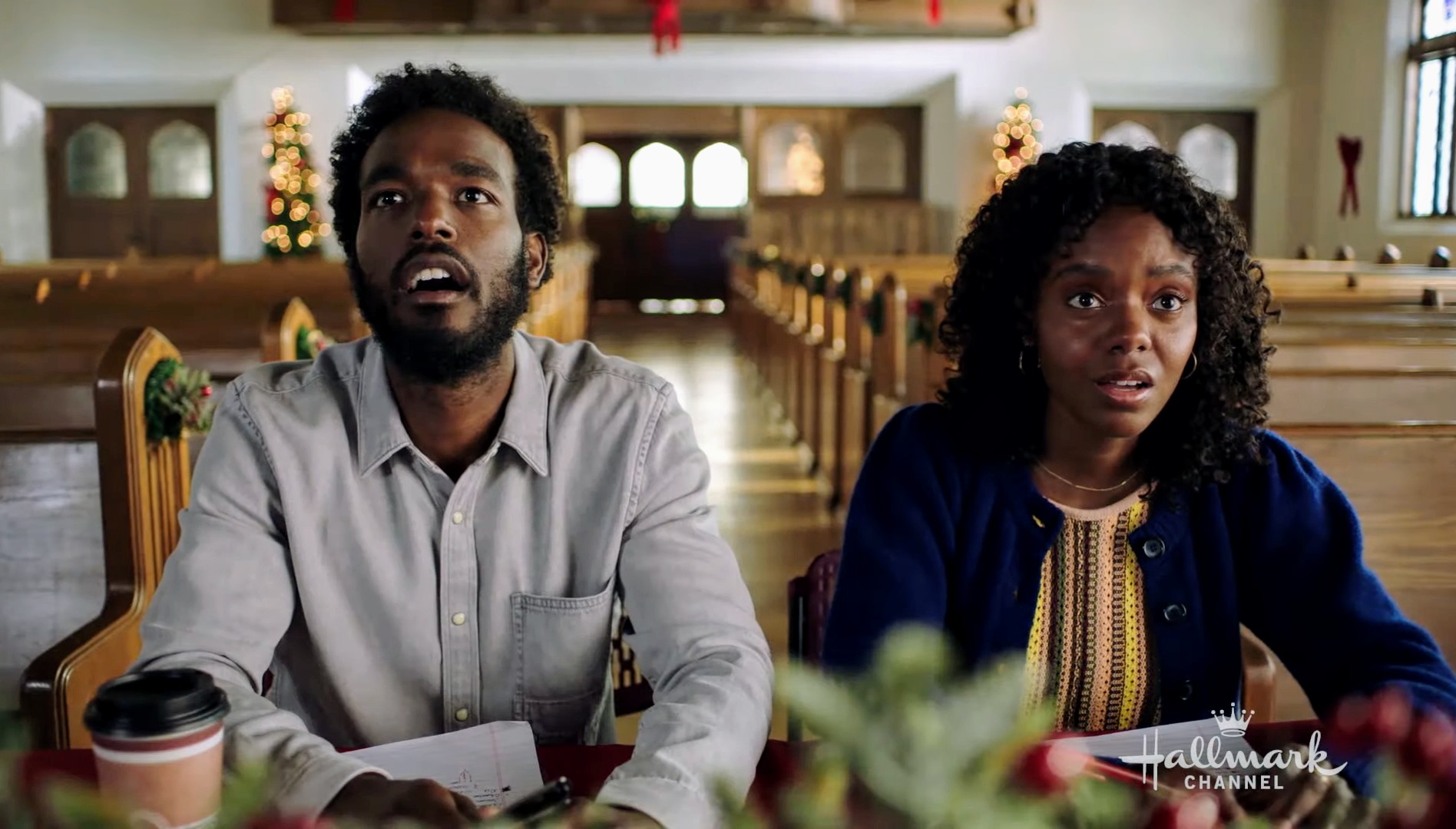 The filming of ‘Christmas in Harmony’ also took place in multiple local stores and establishments in and around the city. Bakery 105, an event venue located at 105 Orange Street, and Bespoke Coffee & Dry Goods, a curated coffee bar on Princess Street are two of the sites where filming was carried out. Both establishments possess a bright ambiance that goes well with the holiday mood of the film. Bakery 105 serves as the location for the final chorus performance in the film. A breathtaking property at 2606 Mimosa Place was also used to film a few scenes. 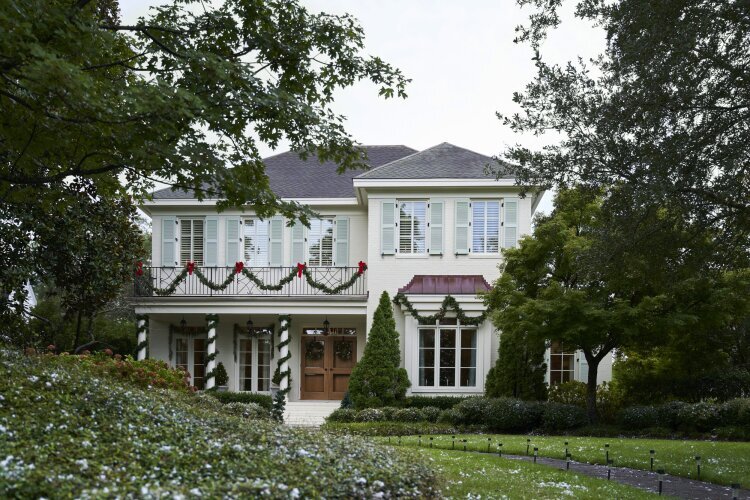 Better Basket, a local grocery market in the city also doubled up as a filming location. It is situated exactly at 143 North Front Street. The production also used Front Street, by the riverfront, and Latimer House, a local history museum and a historic site, as a backdrop for the movie. Even though Wilmington ticks all the boxes necessary to film a cheerful Christmas romance, filming in August’s heat was challenging for a part of the crew. Extreme climate differences and hot weather weren’t easy for Ashleigh Murray, who portrays the protagonist Harmony Matthews.

Interestingly, this was Ashleigh’s first visit to the Old North State. In an interview given to the local news outlet WECT, the actor talked about her filming experiences. “I didn’t really understand the gravity of the thunderstorms that you guys have for, like, 20 minutes and then it’s back to suffocating heat,” Ashleigh said. “I was walking around in a wool coat, in long sleeves and long pants and scarves and hats…it was very, very hot. They did a very good job of keeping us in the AC when we would get a moment. When we had to be outside, we tried to move as quickly as we could because it was, it was intense.” 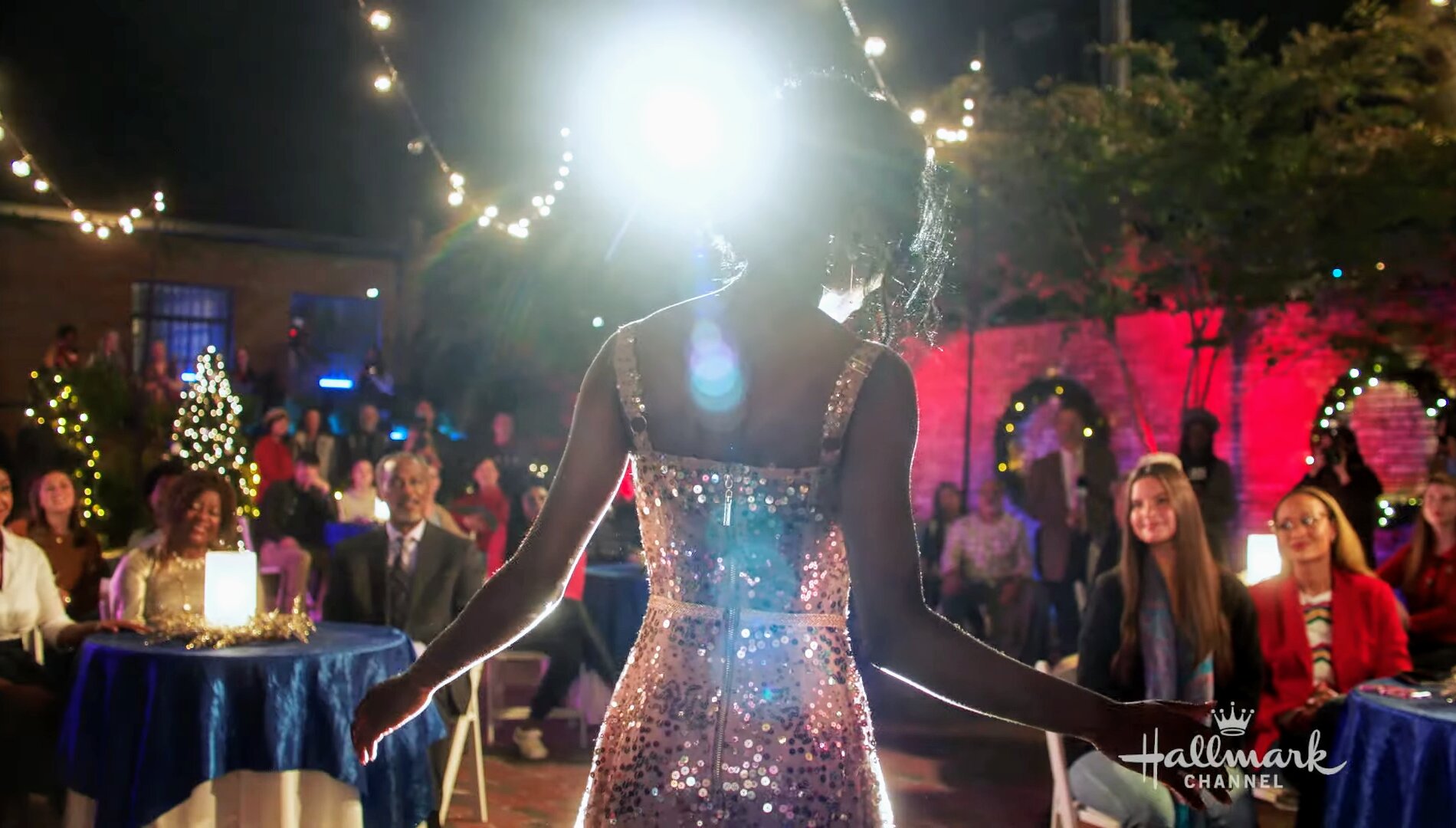 Johnny Griffin, Director of the Wilmington Regional Film Commission, expressed his happiness of welcoming Hallmark again. “Like a lot of companies, once they come and experience (filming in Wilmington), they want to come back,” he said. He also commended the filming approach of Hallmark films, adding, “They’re pretty quick, easy, and simple.”

As Griffin noted, Hallmark productions have an illustrious history of filming in Wilmington. Hallmark Hall of Fame movies such as ‘What the Deaf Man Heard’ and ‘Christmas in Conway’ were also shot in Wilmington. Over the years, Wilmington has become an attractive choice for filming ambitious and quality productions. Marvel’s ‘Iron Man 3,’ ‘The Conjuring,’ ‘Sleepy Hollow,’ etc., are some of the popular productions that moved to Wilmington for shooting.

Ashleigh Murray essays the role of the free-spirited and hardworking protagonist, Harmony Matthews. She is best known for her portrayal of Josie McCoy in ‘Riverdale’ and ‘Katy Keene.’ Joining her as the lead actor is Luke James as Harmony’s ex-boyfriend Kyle Noah. You may recognize Luke from his performances as Sean ‘Puff Daddy’ Combs in ‘Unsolved: The Murders of Tupac and the Notorious B.I.G.’ and Trig Taylor in ‘The Chi.’