Where Was City of Lies Filmed?

Directed by Brad Furman, ‘City of Lies’ is a crime thriller film inspired by the real-life investigations by LAPD Detective Russell Poole (Johnny Depp) on the murder of hip-hop artists Tupac Shakur and The Notorious B.I.G. Christian Contreras has adapted the screenplay from Randall Sullivan’s non-fiction book ‘LAbyrinth.’ If you were engrossed by the film’s gripping investigation and wished to know the details of its filming location, we’ve got you covered. Here’s everything we know about the filming of ‘City of Lies.’

Principal photography on the film began on December 16, 2016, and was wrapped in May 2017. Filming took place extensively in Los Angeles, California, which is the primary setting of the events of the film. ‘City of Lies’ focuses on Detective Poole’s murder investigation across LA and the corruption in LA Police Department, which makes the city the ideal location for filming. To maintain the authenticity of the story, the filmmakers likely decided to shoot the movie on location. Let’s take a detailed look at the filming locations!

‘City of Lies’ was extensively filmed in Los Angeles, California, where the murder of The Notorious B.I.G and Tupac Shakur and subsequent investigation took place. Several scenes were filmed on location in and around the city, and minimal sets were built to recreate the Los Angeles of the late 1990s era. The opening scene featuring a car chase sequence beginning at a traffic signal in Lankershim Boulevard was most likely filmed on location in North Hollywood just outside of Universal Studios. 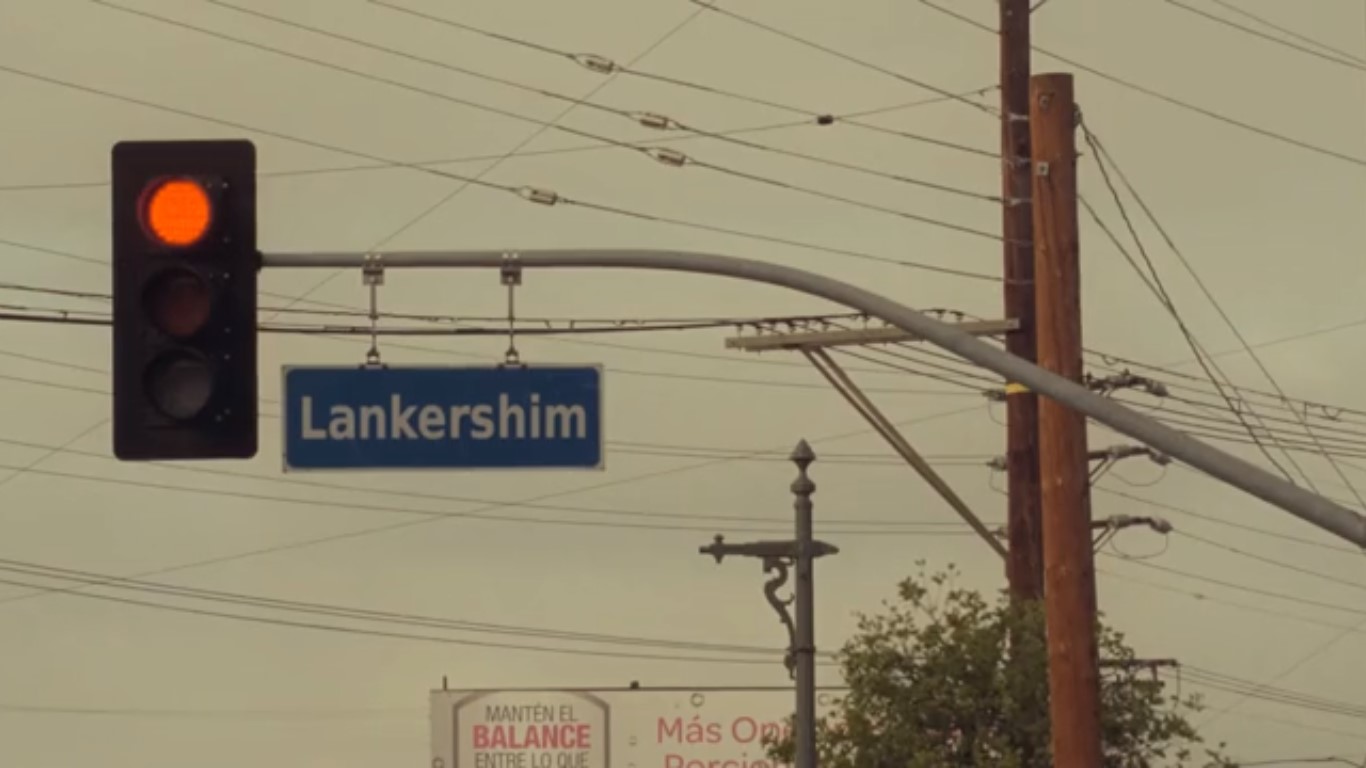 The film’s crew shot many scenes at Dedeaux Field located at 1021 Childs Way in Los Angeles. It is a college baseball field on the campus of the University of Southern California. A key sequence in the movie was also filmed at the Hotel Barclay located on 103 W 4th St, in the Van Nuys neighborhood of LA. Additionally, a few scenes were filmed in Downtown Los Angeles, which is the central business district of Los Angeles.

Los Angeles is the hub of Hollywood film productions and offers plenty of options in terms of locations, resources, and skilled labor. By choosing Los Angeles as the primary filming location, the filmmakers likely looked at killing two birds with one stone to maintain the story’s authenticity and facilitate efficient production.

A few exterior scenes were filmed in Las Vegas, Nevada, which is a 270 miles drive from Los Angeles. The city’s skyline was possibly used to film establishing shots. Las Vegas is well known for its extravagant lifestyle, live entertainment, scorching desert, and pawn shops. Dubbed as “Sin City,” Las Vegas is renowned for its many casinos and is also a gambling hot-spot. Popular films such as ‘The Godfather,’ ‘Now You See Me,’ and ‘The Hangover’ were also filmed in the city.