Where Was Double Dad Filmed? Is it a True Story? 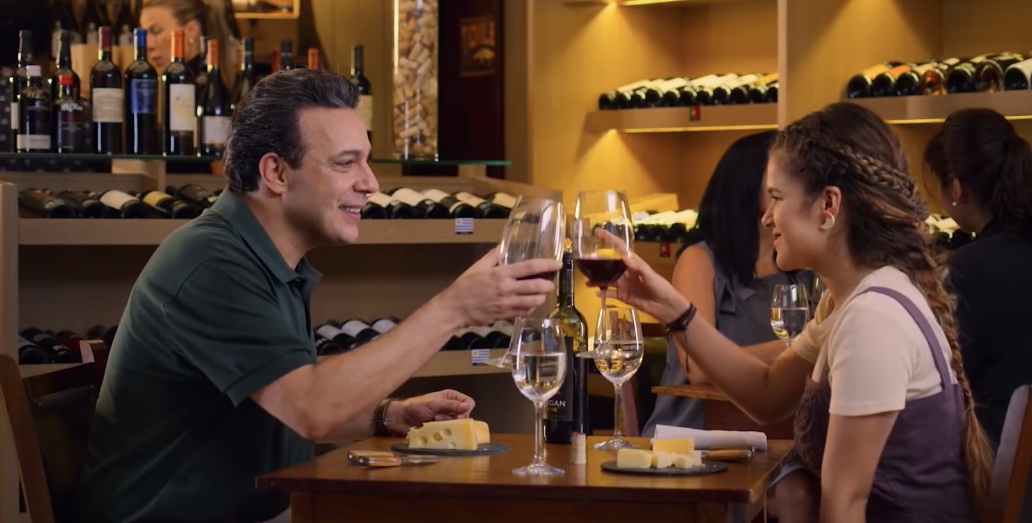 Netflix’s ‘Double Dad’ (‘Um Pai no Meio do Caminho’) is a movie that contributes to the platform’s widening list of Portuguese language movies. The story revolves around eighteen-year-old Vicenza (Maisa Silva), who wants to discover the identity of her father. But her mother, Raion (Laila Zaid), is strictly against her daughter’s wishes. Seemingly happy with their lives, they reside in a hippy commune situated somewhere in the heart of Brazil.

One day, while her mother is away on a trip to India, Vicenza decides to follow up on her incomplete mission. She holds on to an old picture of her father and heads towards Santa Teresa. When the duo finally meets, Vicenza is delighted to know that her potential biological father is an artist. But Paco (Eduardo Moscavis) isn’t as thrilled about seeing his daughter. Things take a confusing turn when another man enters the picture.

There is a high chance that the second man Giovanne (Marcelo Medici), a self-assured financial advisor, is her biological father. Vicenza needs to know the truth, and having no other option; she decides to spend time with both the men. Her vibrant world of adventures and personal experiences pulls us into the story set in Brazil. But where was ‘Double Dad’ actually shot? Let’s find out!

‘Double’ Dad was seemingly filmed at the onset of 2020. The movie was extensively shot in Rio de Janeiro, Brazil. Let’s dive into the specific details.

A portion of the movie was filmed in the city of Petrópolis, located north of Rio de Janeiro, Brazil. It is known for its natural landscapes laden with forested peaks and majestic waterfalls. Also known as The Imperial City, it borders the Serra dos Órgãos National Park and serves as a mountain retreat for the people of Rio along with tourists. Here’s an on-location picture shared by Joao Pydd, who plays Rael in the film! 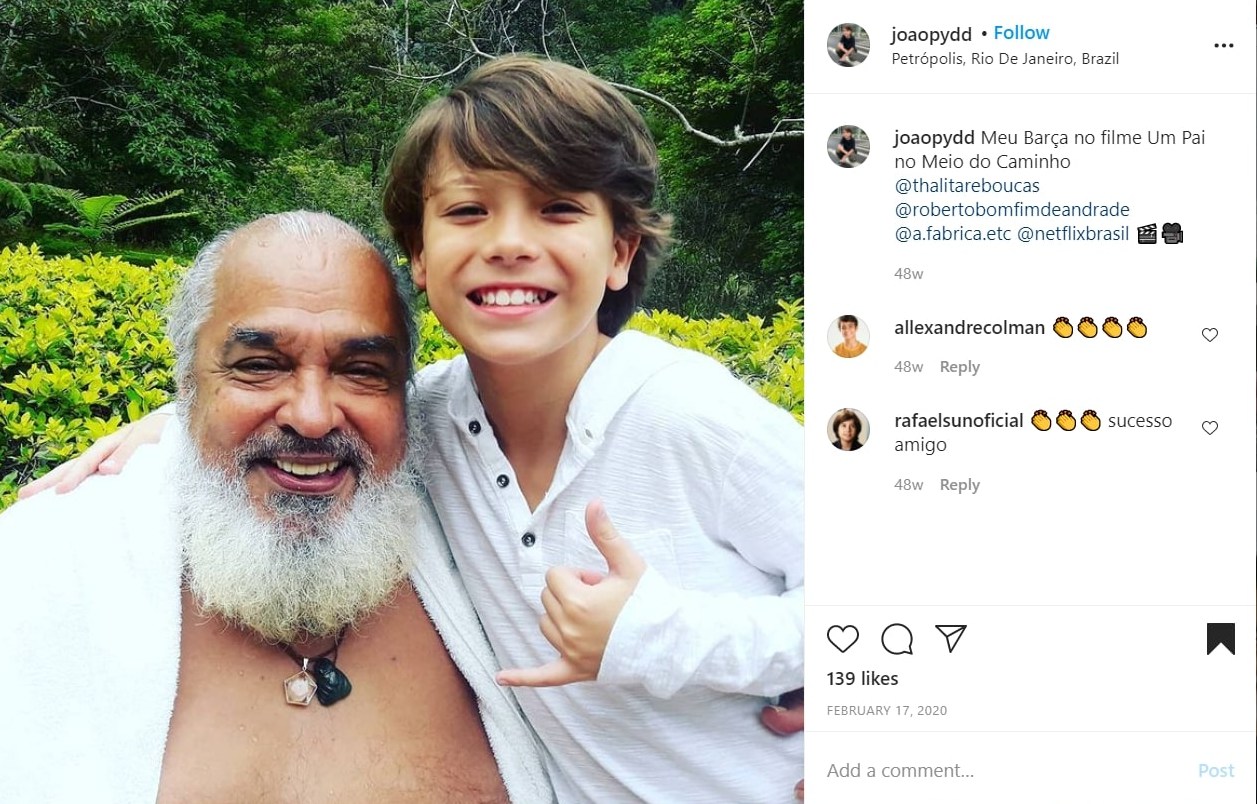 Barra da Tijuca is a suburban area replete with shopping centers and expensive properties, tethered to the picturesque Barra Beach. The area is perked up by the vacation-friendly Praia do Pepê and other spots like Recreio and Macumba, where surfing is common. The seafront is decorated with exquisite restaurants and casual bars. A picture posted by Joao Pydd features this location, which was used during the filming of ‘Double Dad.’

The quirky little district of Santa Teresa is housed at the top of a hill. It is a compact area with meandering streets lined up with elegant houses, top-notch hotels, and exotic restaurants overlooking the sea. In the movie, Vicenza wanders off to this artsy land looking for her father. Joao Pydd also posted a picture of himself posing in a narrow alley during production. 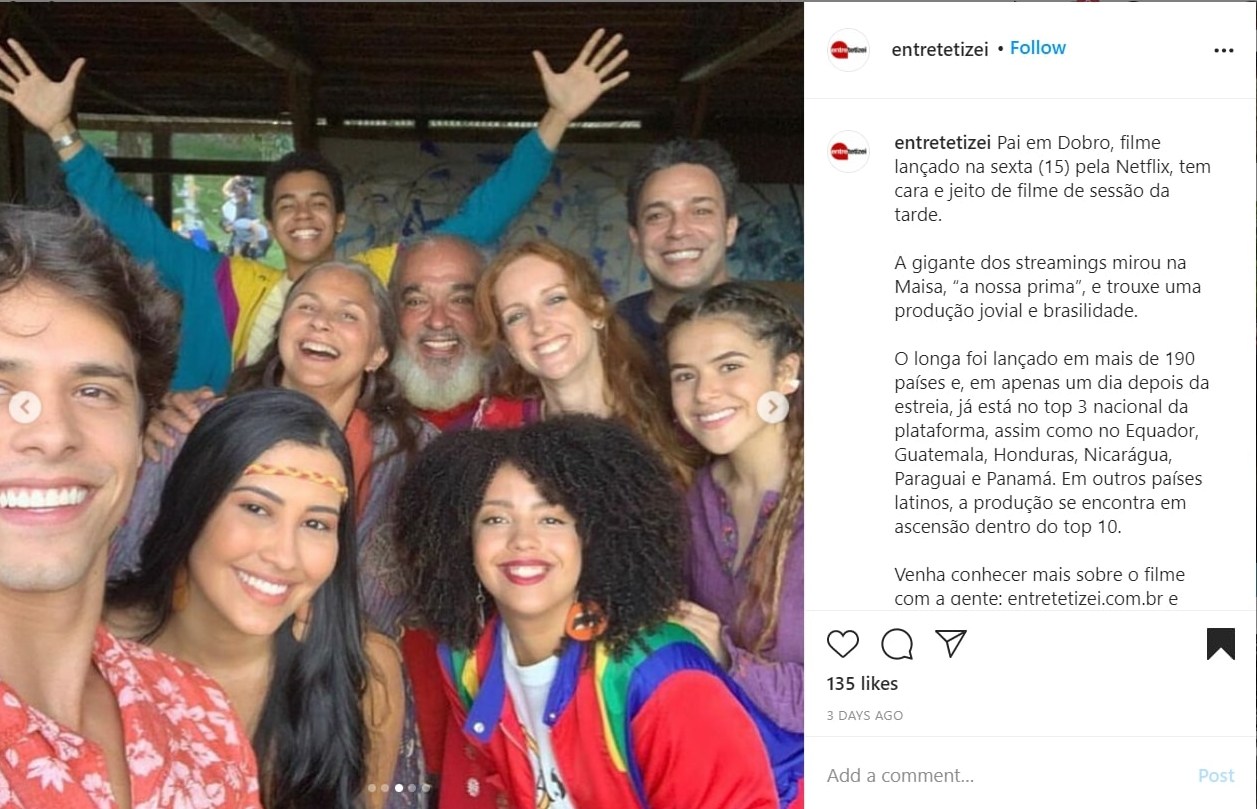 Besides its visual aesthetics, ‘Double Dad’ also tugs at the heartstrings because of its emotional matters surrounding family. Where does the inspiration for this movie come from? If you’re wondering if it is based on a true story, here’s everything we know.

Is Double Dad Based on a True Story?

No, ‘Double Dad’ is not based on a true story. The script is credited to writers Marcelo Andrade, Renato Fagundes, João Paulo Horta, and Thalita Rebouças. The film touches upon themes surrounding family, separation, and interpersonal relationships. It essays the story of a young girl, Vicenza, seeking her father’s identity, which has been hidden from her since forever. The only clue she has is an old picture of the man from a carnival.

Clutching the memento to her heart, Vicenza sets off to Santa Teresa in search of her long lost father. With regards to the story, ‘Double Dad’ is comparable to the 2008 movie ‘Mamma Mia‘. The American classic portrays a 20-year-old woman Sophie (Amanda Seyfried), who invites three men to her wedding, hoping that one of them identifies as her father. She decides to spend time with each one of them to find out the truth.

Another movie that exhibits similarities with ‘Double Dad’ is ‘What a Girl Wants’. The film revolves around Daphne (Amanda Bynes), whose mother Libby conceived her without the father’s knowledge. Seventeen years later, Daphne heads out to London to meet her father, Henry, an important figure in the city’s political scene. ‘Double Dad’ is a story that has more or less been told before, but that hasn’t stopped the movie from garnering significant hype and attention. Although it is not based on a real incident, the film has still piqued curiosity and interest, as observed through responses on the internet.