Where Was Emily the Criminal Filmed?

Written and directed by John Patton Ford, ‘Emily the Criminal‘ is a crime thriller movie that revolves around the titular character who has some student loans to clear, which is hard to do since she can’t apply for jobs due to a minor criminal record. As desperation takes over, Emily signs up for an illegal job that includes using stolen credit cards to buy bulk goods. These cards are supplied by a charming middleman named Youcef. Attracted to the thrill and adrenaline rush of shady gigs and quick cash, Emily finds herself getting further involved with him and finding more ways to earn illegal money.

Now, the two decide it’s time to take their business to the next level. The riveting and enthralling performance by Aubrey Plaza and several other talented actors and actresses, including Theo Rossi, Megalyn Echikunwoke, and Gina Gershon, enhances the quality of the narrative a step further. Moreover, the use of different locations makes you wonder where ‘Emily the Criminal’ was shot. Well, in that case, allow us to fill you in on all the details!

‘Emily the Criminal’ was filmed in California and Mexico, specifically in Los Angeles and Puerto Vallarta. The original plan of the makers was to shoot the movie in the summer of 2020, but due to the COVID-19 pandemic, it got delayed. Finally, the principal photography for the crime drama took place in the summer of 2021, over just 21 days. In a video call with San Francisco Chronicle in August 2022, Aubrey Plaza was asked about the challenges they faced while shooting.

The actress explained, “…Every day there was some kind of new disaster, a new issue that we were up against because in some ways we were shooting almost documentary style. We didn’t have money for a ton of extras, so when I’m on the street, I’m on the street, I’m with real people out there. And when I’m driving, I’m really driving on the 10 (freeway), I’m flying down the ten at 80 miles an hour.”

Plaza added, “It was all a challenge, but there’s something about how the spirit of the production took on the same spirit of the film, and it all blended together in a way. And it felt like we pulled off a scam just making a movie — it felt like we were all thinking like Emily, that we were making up the rules as we went along.” Now, let’s not waste time and navigate all the specific sites that appear in the thriller movie!

Most of ‘Emily the Criminal’ was lensed in and around Los Angeles, California’s largest city and the nation’s second most populous city. Reportedly, the cast and crew utilized several streets and locales to tape scenes against suitable backdrops. In August 2022, director John Patton Ford sat down with Below The Line, where he was asked to share more about shooting on location in L.A. “We just had a drive around L.A., going to a lot of sketchy places. That’s the short story. There was nothing on stage, and it was all real locations, a lot of real people who didn’t even know they were in a movie, to be honest with you,” he said.

“We were shooting in locations where we couldn’t shut it down, and people were just walking around, and we were there shooting. It’s kind of hard to draw the line between where, like, real life was ending, and the movie was beginning…,” Ford added. Moreover, in the same interview, there were some questions about the car chase scene involving Aubrey and how they managed to pull it off.

The filmmaker further revealed, “…We shot all of that in four hours. We couldn’t afford to shut down the street, so we did something called “intermittent lockup,” which is when you get a police officer to stand at an intersection, and then, for a brief period, like five minutes, prevent all traffic from coming through. For those five minutes, you have free rein to the street, then the cops gotta let traffic through, and so, it’s like game-on, game-off. That’s what it was.” 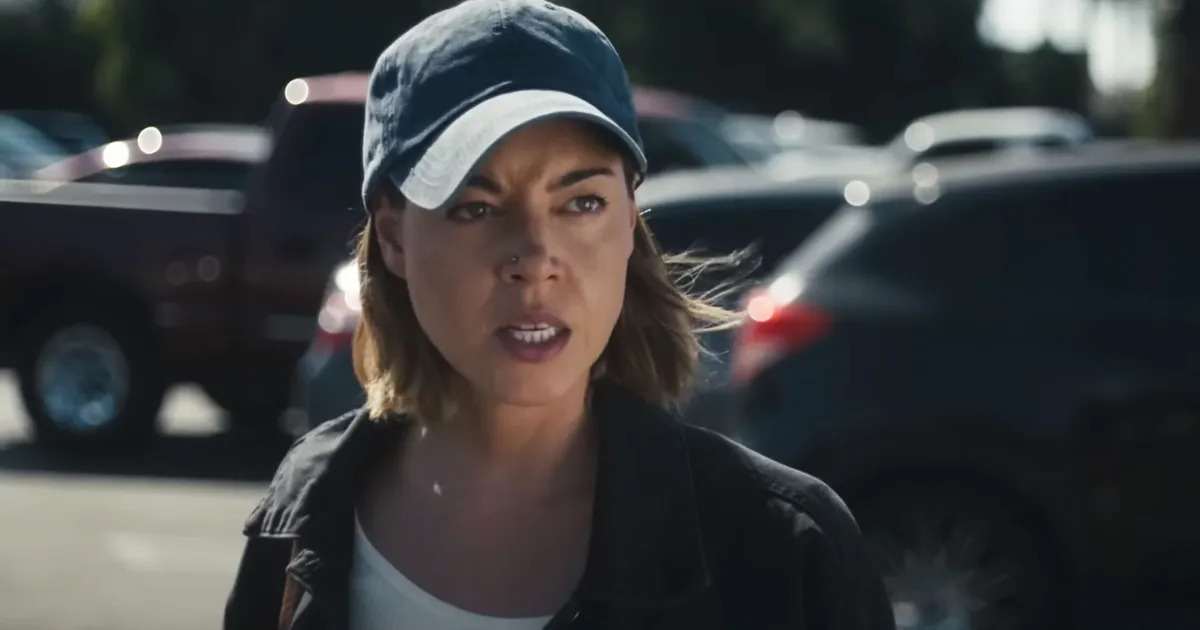 Ford concluded, “We were cramming in every shot we could possibly get within that narrow timeframe, and it’s not just a car chase. The character is bleeding increasingly over the course of the chase, so there’s a makeup angle to it. ‘Oh, in this shot, she’s got to have a bit of blood, but then five seconds later, she needs more blood.’ And then, she gets out of the car and gets back into the car. I can’t believe we pulled that off. It was an absolute sprint, and none of us caught our breath non-stop for the entire day. It was insane.”

Additional portions of ‘Emily the Criminal’ were taped on location in Puerto Vallarta, a beach resort city in Mexico’s Jalisco. Reportedly, the end scene after Emily leaves the United States was recorded in the city. When asked about his favorite part during the shooting of the movie in a conversation with the Knockturnal in August 2022, Ford replied, “Towards the end of the production, we all went to Mexico for a couple of days.”

“We went to Puerto Vallarta to shoot a certain part of the movie. And that was by far the most fun part of the production. I mean, it just turned into just a throwdown party in the jungle! And it was –man, it was like a crazy fever dream that didn’t feel like reality. And now I see that part in the movie, and I’m like, “Oh, that was real we were really there!” the director added.