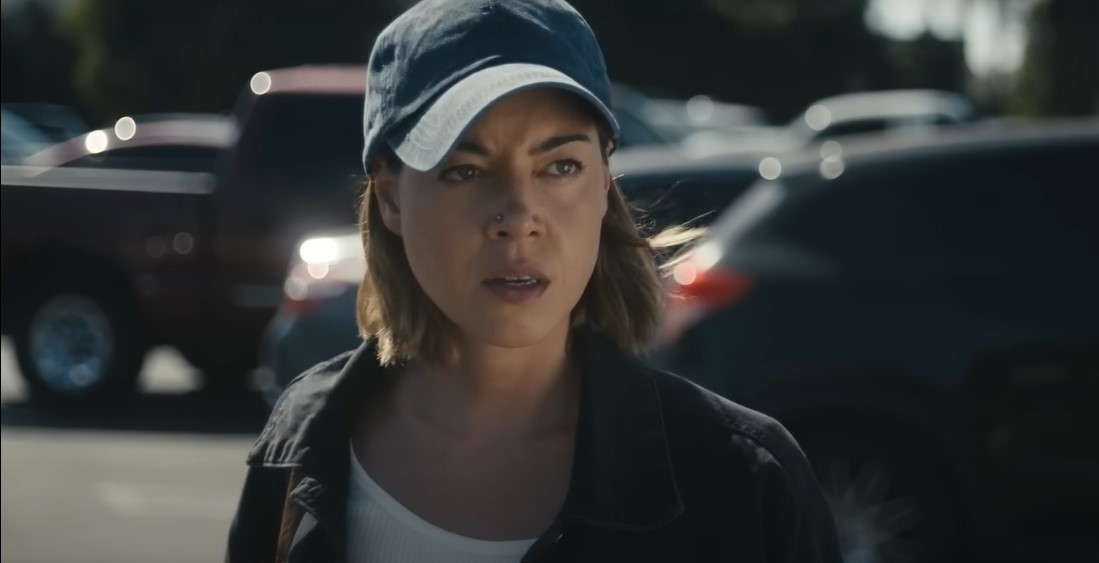 ‘Emily the Criminal’ is a crime thriller movie that chronicles the titular character’s journey into the criminal world. When Emily’s student loan begins to pile up, she tries to find jobs at different places. But due to her small criminal record, the process becomes difficult, and her opportunities are limited. In desperate need to clear her debt and start living a good life, Emily becomes a dummy shopper. As the narrative progresses, her crimes get bigger until she reaches the point of no return.

Directed by John Patton Ford, the movie portrays how the unfair practices in the system involuntarily create criminals. The film comments on subjects such as debt, capitalistic policies, and the ruthless nature of society. The story comprises traditional tropes, such as a good person turning bad, people becoming victims of their circumstances, and more. If you enjoy such storytelling, we’ve got a list of films lined up for you. You can watch most of these movies similar to ‘Emily the Criminal’ on Netflix, Hulu, or Amazon Prime.

Written and directed by John Swab, ‘Body Brokers’ is a thriller movie about an illegal operation conducted by a foundation that is supposed to help drug addicts. Utah suffers from drug addiction and enters a treatment center where he hopes to rehabilitate himself and start a new life. Soon, he discovers that the center is merely a front for a big scam. The foundation brings in addicts with the promise of treating them, but these people become recruiters who get more individuals like them, and the cycle continues.

Like ‘Emily the Criminal,’ ‘Body Brokers’ showcases how capitalism can often ruin lives and push people over the edge. It sheds light on how, sometimes, a person trying to fight the system turns into a criminal to survive or loses everything, including their life. Emily from the former movie is akin to Utah from the latter. Although the two face different problems, they take a similar path to fix everything in their life and hope to start afresh.

‘Plastic’ is an action film that follows a group of university students who run a credit card scam but soon get into trouble when they steal from someone powerful and dangerous. The group decides to pull off their biggest scam by targeting a bigger figure to get out of this mess. Although ‘Plastic’ is a different movie from ‘Emily the Criminal’ in terms of its tonality, the common ground between them is the credit card scam.

While ‘Plastic’ depicts it stylishly and glamorous, ‘Emily the Criminal’ showcases the operations in a realistic manner. However, the stakes get very real when the students get into trouble. The group’s decision to rob a more prominent person is akin to Emily’s mindset, who realizes that the only way to solve a problem is to get into a bigger one. Both these movies portray crime differently, but the characters share some resemblance and portray how people act when backed into a corner.

Written and directed by Woody Allen, ‘Cassandra’s Dream’ is about two brothers who get into heavy debt and turn toward crime to clear it. When things are going great for Terry (Colin Farrell) and Ian (Ewan McGregor), the former loses a lot of money in gambling. The two reach out to their uncle Howard, who offers them the much-needed cash only if they murder someone for him. The brothers agree without realizing how the decision will change their lives forever.

Debt plays a significant role in ‘Cassandra’s Dream’ and ‘Emily the Criminal,’ and drives the narrative in both movies. Terry and Ian’s situation mirrors Emily’s, and all three characters make similar mistakes. However, Terry and Ian are like the brothers who run the dummy shopping business in ‘Emily the Criminal.’ In both cases, the brothers face conflict when there’s too much money and risk. The four characters display how when big money and high stakes come into play, relationships and bonds do not matter. 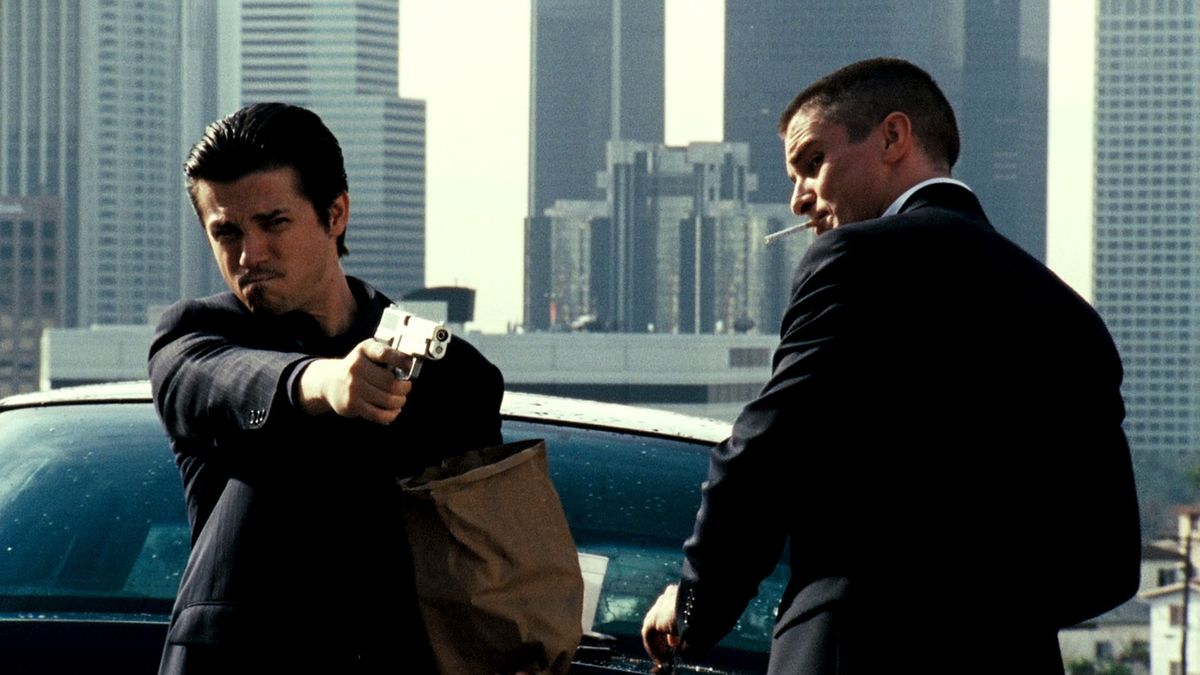 ‘Harsh Times’ is an action film about Jim (Christian Bale), a former soldier who has PTSD and tries to get a job in a police department. However, when he fails the psychological profile test, Jim gets livid and decides to go into the world of crime. Written and directed by David Ayer, the film gets into the psyche of a person who yearns for something but doesn’t get it. Jim dreamt of settling down with his girlfriend with a stable law enforcement job because, to him, the job and marriage were a chance at normalcy.

Consequently, Jim ends up on the other end of the spectrum when he becomes a criminal. Like Jim, Emily from the John Patton Ford directorial has big plans and dreams for her future. But her debt gets in the way. So she sets out on a dangerous path to solve her problems but soon becomes a criminal. Thus, Emily and Jim’s arcs are comparable and give us an insight into distressed people who try to get what they want by any means necessary.

Written and directed by Scott Frank, ‘The Lookout’ is a crime thriller movie that revolves around Chris (Joseph Gordon-Levitt), who tries to maintain a regular job at a bank. Chris used to be an athlete with a promising future, but due to an accident, he loses his shot at fulfilling his dreams. In addition, he cannot remember things for too long and thus finds it difficult to have a regular life. A chance encounter with someone leads Chris down a dark path, and soon he finds himself in the middle of a bank heist.

The movie explores how life can turn upside down within a few moments. Chris’ situation is not good, but he seems to adjust well to his new life. Unlike the titular character in ‘Emily the Criminal,’ Christ doesn’t seem desperate to get his life back in control and accomplish his goals. However, there’s still a part of Chris that craves to be a carefree athlete, which hints at the unresolved emotions buried deep within him. These emotions lead him to the bank heist. Eventually, Chris and Emily end up in a similar situation where they question their decisions and make the hard choice about what they should do next.

‘Hell or High Water’ is a story about two brothers, Toby and Tanner, who desperately want to save their family ranch. So, they rob banks and set themselves on a dangerous path. Directed by David Mackenzie, the movie’s central theme is how people are deprived of the most basic needs due to poverty. Toby and Tanner decide that they will not be oppressed by their situation and instead rise above it.

The mindset of the two brothers is similar to Emily’s, who also wants to control her situation and not let her loan define her life. While the brothers rob banks, Emily commits credit card fraud to meet her needs. Although the two movies are different tonally, the core message is similar, which keeps the audience hooked until the end.

Directed by Derek Cianfrance, ‘The Place Beyond the Pines’ is about Luke Glanton (Ryan Gosling), a stunt rider who starts robbing banks to provide for his girlfriend and his newborn baby. Luke’s activities garner attention from a new police officer, Avery Cross (Bradley Cooper), who tries to catch the thief while working in a corrupt system.

‘The Place Beyond the Pines’ and ‘Emily the Criminal’ tell stories of people whose circumstances dictate their actions. The movies help us empathize with the lead characters, Luke and Emily, and sometimes even make the audience root for them. Besides these facets, the two films also comment on the systems they portray. While ‘Emily the Criminal’ touches on student loans and unfair job practices, the Derek Cianfrance directorial explores corruption in the law enforcement system.

Starring Robert Pattinson, ‘Good Time‘ is a crime thriller movie about two brothers, Nick and Connie. When the two try to rob a bank, Nick gets caught and sent to prison. To get his brother out, Connie goes on a reckless rampage taking up different jobs that can make him enough money to bail out his brother Nick. In many ways, directed by Josh and Benny Safdie’s ‘Good Time’ gives the audience a closer look at the criminal underworld than ‘Emily the Criminal.’

Although Connie and Emily’s characters go down similar paths, they come from vastly different worlds. The two characters become more analogous as Emily enters the dummy shopping business. Overall, both films explore similar tropes, such as loneliness, desperation, and the true nature of our society.