Where Was Floor is Lava Season 2 Filmed? 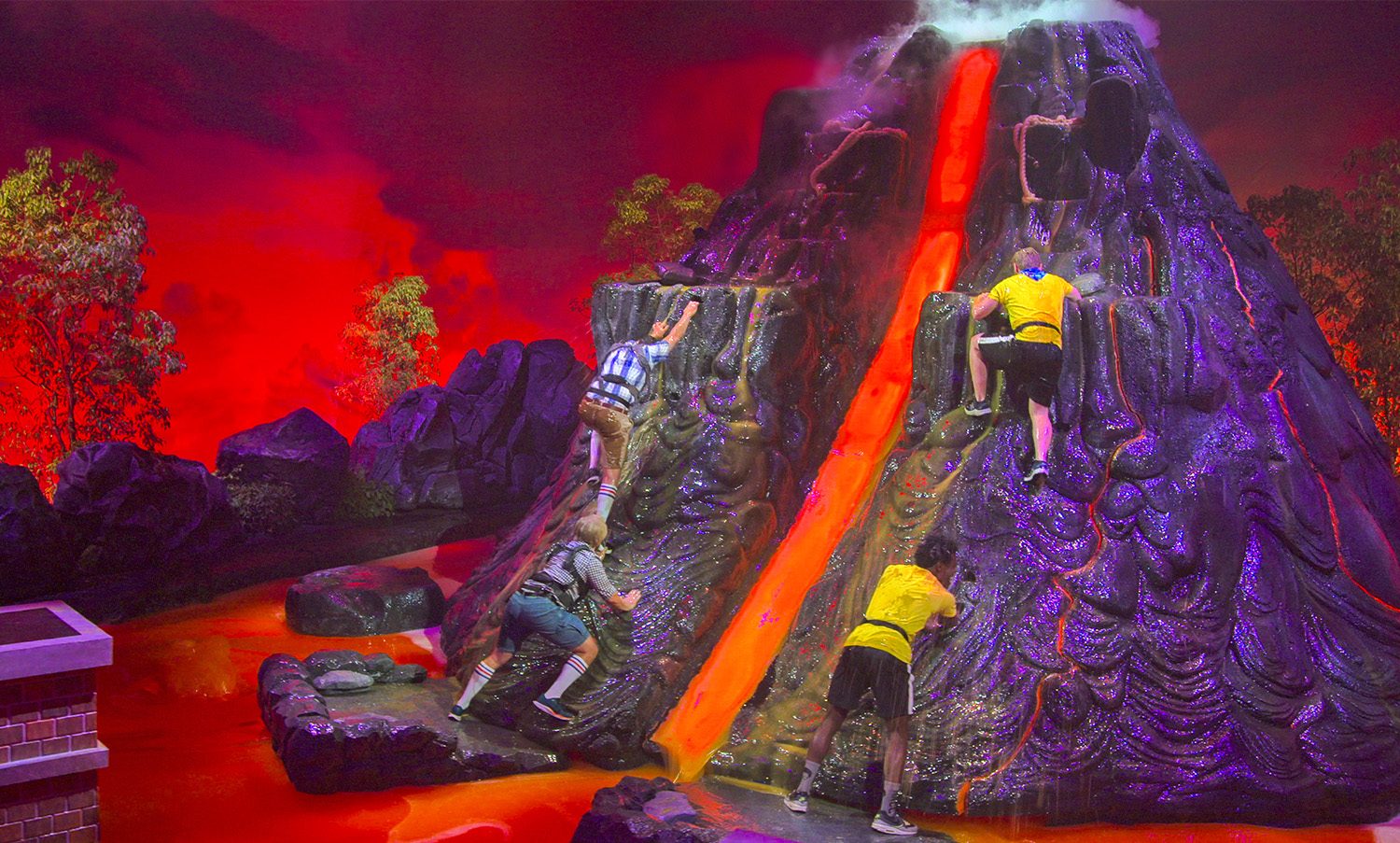 Having turned a classic childhood game into a competition for nostalgia, a $10,000 grand prize, and a lifetime of bragging rights, ‘Floor is Lava‘ can only be described as equal parts silly, dramatic, and entertaining. After all, it follows different teams as they navigate hot rooms flooded with bright, bubbling lava either by leaping from stools, hanging from walls, or swinging from any other item available — yes, literally.

This Netflix original is honestly the perfect example of what a game show is supposed to be with its hilarious wipeouts, constant commentary (thanks to Rutledge Wood), and “hotter than ever” twists and turns. So now, if you wish to learn precisely where the second season of this (admittedly and evidently) ‘Indiana Jones‘ as well as ‘Night at the Museum’ inspired production was shot, we’ve got the details for you.

From what we can tell, unlike the debut installment (which utilized an abandoned IKEA in Burbank), ‘Floor is Lava’ season 2 was filmed entirely in Los Angeles, California, in the summer of 2021. Another difference, as specified by Rutledge, seen above, is that the big-budget second installment not just introduces us to the expected new teams but also features new rooms and an actual lava-gushing volcano. Here’s what we know about it!

Apart from the casting call for ‘Floor is Lava’ season 2 clearly noting Southern California as the production location, its contestants’ online presence also points towards the wondrous city of Los Angeles. It actually, surprisingly, appears as if a soundstage studio is its base, with every obstacle course being carefully reset or redesigned after the teams complete the particular round. That’s despite the fact that most studios had originally (in 2019) turned down hosting this series in fear of the mess the nearly 100,000 gallons of “lava” would create.