Where Was Hallmark’s 14 Love Letters Filmed? Who is in the Cast? 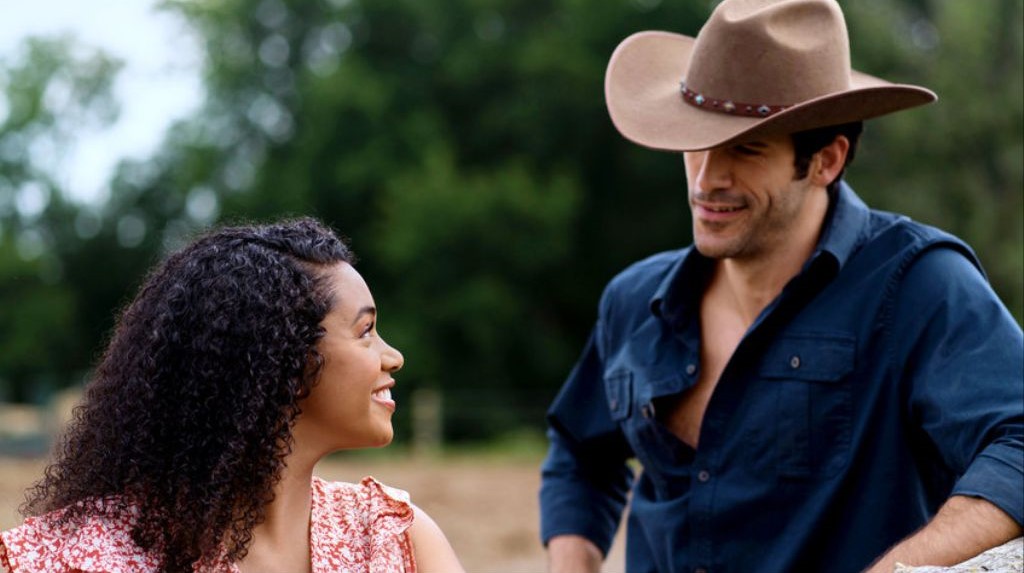 Directed by Amy Force, Hallmark’s ’14 Love Letters’ is a romantic drama film that revolves around the mystery of Kallie Sharp’s secret admirer. She is a hobby farmer focused on her goals in life and thus, doesn’t have much time for love or romance. However, things start to change when Kallie receives historical and beautifully articulated love letters anonymously in her mailbox. Now that her curiosity is ignited, she searches for the writer behind the love letters and thinks about opening herself to love.

Meanwhile, Kallie’s next-door neighbor, Jackson, starts getting closer to her and develops feelings for her. Since the narrative involves several romantic themes along with the suspense surrounding Kallie’s secret admirer, the viewers are hooked on the Hallmark movie from the beginning to the end. Furthermore, the interesting use of different locations in the backdrop will likely make you curious about the actual filming sites that appear in ’14 Love Letters.’ If that’s the case, you might be interested in what we have to share!

’14 Love Letters’ was filmed entirely in Ontario, specifically in the Regional Municipality of York (also known as the York Region). Located in Central Canada, Ontario is the most populous province in the nation. Even though there are no mountainous terrains in the area, several large uplands are still present, especially within the Canadian Shield. Ontario’s vast and diverse landscape makes it a favorable shooting site for different kinds of film and TV projects, including ’14 Love Letters.’ Now, let’s traverse the specific locations utilized in the production of the romantic movie!

All the pivotal sequences for ’14 Love Letters’ were lensed in the York Region, a regional municipality in Southern Ontario. The town library scenes depicted in the romantic movie were taped in an actual library- the Newmarket Public Library at 438 Park Avenue in Newmarket. This library provides the locals with access to more than 175,000 items, comprising books, magazines, audiobooks, CDs, DVDs, e-books, multilingual materials, video games, and online databases.

Moreover, just around the corner is the Cardinal Press Espresso Bar at 200 Main Street South in Newmarket; this coffee shop doubled as Vinyl Café in the movie. Meanwhile, Wake Robin Farm at 18647 Centre Street in Mount Albert served as the backdrop for Jackson’s farm in the Hallmark production. The Maeve’s Diner scenes were all recorded in a real-life restaurant named Lions and Sun Bar and Lounge, located at 18947 Woodbine Avenue in Sharon.

Located between Lake Simcoe and Toronto, the Regional Municipality of York is a town and the regional seat of the York Region, headquartered in Newmarket. There are plenty of landmarks situated in Newmarket, including the Main Street Heritage Conservation District, Upper Canada Mall, and  Wesley Brooks Conservation Area (Fairy Lake Park), to name a few. Over the years, Newmarket has served as a key shooting location for many movies, such as ‘Carrie,’ ‘The Vow,’ ‘After the Storm,’ ‘A Christmas Exchange,’ and ‘The Cutting Edge.’

In the Hallmark movie, Vanessa Sears plays the role of Kallie, the hobby farmer who receives anonymous love letters. The actress might seem like a familiar face to you as she features in several other productions, including ‘Romance in the Wilds,’ ‘Y: The Last Man,’ and ‘Sex/Life.’ On the other hand, Franco Lo Presti essays Jackson, the next-door neighbor of Kallie. Besides the Hallmark romance, Presti has featured in numerous filming projects, such as ‘Bad Blood,’ ‘Jupiter’s Legacy,’ and ‘From the Vine.’